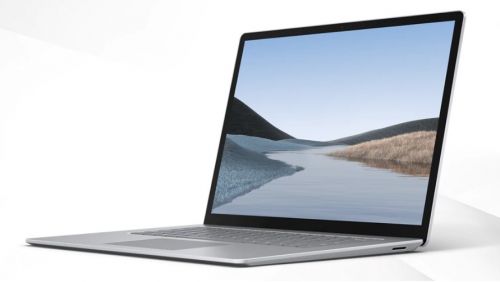 “With AMD Ryzen Microsoft Surface Edition processors, AMD brings to market the most powerful mobile processors for ultrathin laptops we ever created1,” said Rick Bergman, executive vice president, computing and graphics business group, AMD. “The AMD-powered Microsoft® Surface® Laptop 3  delivers premium craftsmanship only AMD could help bring to life, combining a 15-inch laptop with a customized 15W processor to create a device that packs all the power and visual experiences of a large screen with the benefits of an ultra-thin, 3.4 pounds device. Widely recognized for offering world-class CPU and GPU performance, AMD is pleased to partner with Microsoft and continue bringing innovation to the market.”

“When looking for the right processor to power the all new Microsoft® Surface® Laptop 3, we wanted the best graphics performance in a single processor. AMD immediately came to mind given our successful history of collaboration bringing world class graphics performance to the Xbox,” said Pavan Davuluri, Distinguished Engineer, Microsoft Corporation, Microsoft devices group. “Through our long-term partnership with AMD, which demonstrates process capabilities at the forefront of the industry, we’re bringing advanced computing experiences and striking innovation to Microsoft® Surface® Laptop 3.”

Read more about AMD and Microsoft’s multi-year journey to bring Microsoft® Surface® Laptop 3 to life on the AMD blog and Microsoft Windows Blog.

Influencer / Reviewers / Live Streamers - Get in Touch https://t.co/ed4q6Q2aZM
We are now Live Streaming on the Dragon Blogger Channel, come check us out and say hi and see what is streaming now… https://t.co/yuJJhIot3A - 18 hours ago