Back in the day, I played this game on my Amiga computer. The parent company Team 17 may have gotten it’s start on the Amiga, but it has transcended to cover a whole host of other platforms. 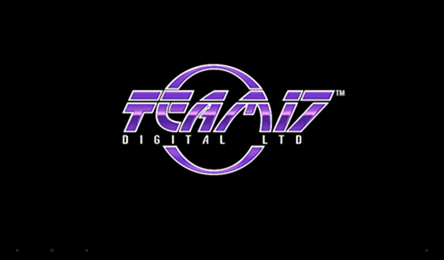 Normally when I do a review of a game or even an application, I try to stick to free ones, this is one of the rare exceptions. I found this game on Google Play for $4.99, and was hooked. It is a game that brings back memories of the old days, it’s fun to play as well. Now, I am not going to tell you that it is as easy to play as when you play the game using a mouse or a joystick, but it is still a delight to play. 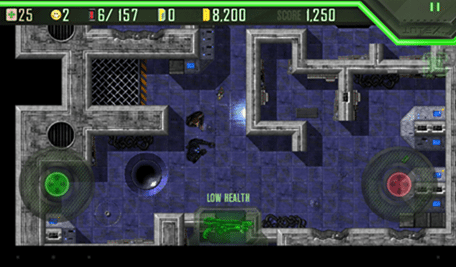 If you look closely at the image above, you will notice two circles. one is green, the other red. This is where the differences between the old way of playing and the new. the green circle is for controlling the players movement on the screen, and the red is for the gun. One small thing to note is not only do you have to control the direction of the player, you have to control the direction of the gun fire as well. so if your moving to the right with the green circle, and an alien is coming at you from the left, you have to move the red circle to the left and adjust as needed. It is a bit awkward, but you will get used to it.

Now, I know that some of you out there think newer is better, but in this case you may be surprised. I believe that you will find that Alien Breed is one of the better, if not the best of the old school games, and the very fact that it is still around after 23 years, is proof. So go out and download the game today, you will thank me for it tomorrow.

You can get Alien Breed here: https://play.google.com/store/apps/details?id=com.team17.ab&hl=en