I was sent the Anbes Ultralight Headset to review and compare to the dozen or so other Bluetooth headsets that I have reviewed over the past few years, and this one had some features I liked but wound up falling a bit short on the mic and stability of the earpiece.

The Bluetooth headset from Anbes comes with 2 batteries components, so you can charge both and be ready to go, this gives you so much talk time with both batteries that you literally can be on your headset or calls for a day or more and not worry about finding a way to charge your headset.  This was one of the coolest features of the Anbes Bluetooth Earbuds and I was able to use the headset to talk on various calls over 2 days leveraging both fully charged batteries.  This is a great option if you travel and find yourself between charging stations. 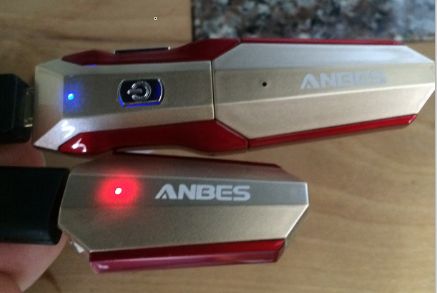 The appearance of the headset is cool with it’s angular designs and you can get it in blue, red or white.

Now the Areas of Improvement

Where I felt the Anbes earbud fell a bit short was in the fit, and though it includes an ear hook attachment (which helped hold it on the ear) the earbud itself was never quite solid in my ear canal, and the silicon ear bud was just too soft and wouldn’t old it in my earlobe with the earbud firmly fixed in my ear properly.  Perhaps if the silicon cover of the earbud part was sturdier it would have fit and held fast better, but it was just so wobbly inside my ear that it kept slipping, even with the earhook, though the earhook would never let it fall off my ear, it kept falling in and out of my ear canal and just generally felt too loose when I was doing running/jogging with the Anbes headset it.  Now it probably isn’t an issue if you are sitting while driving a car, but I wanted to see if it would handle walks, jogs and general movement. 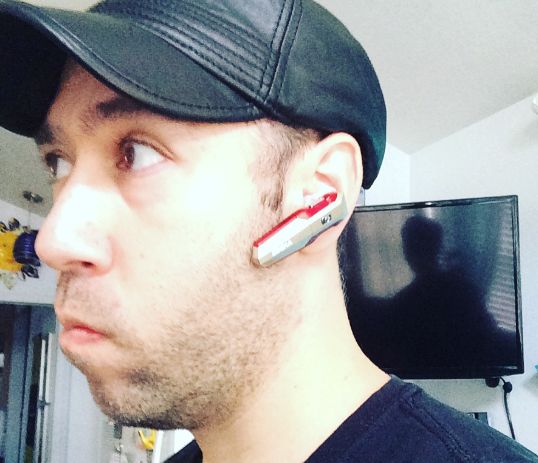 Without the ear hook it was definitely too unstable and would fall out even with general walking, so the ear hook is a must for me. 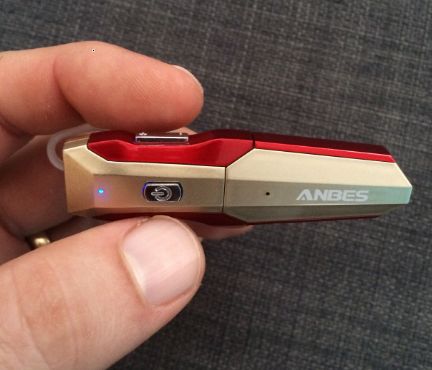 The volume buttons work well but overall I felt the headset volume was not loud enough, this could be because it never sat in my ear quite right, but even when firmly pressing it and maxing out the volume of my phone plus the + volume on the headset I never could quite get conference calls to be nearly as loud as some other Bluetooth earbuds I have reviewed.  To top it off, the microphone itself was also on the weaker side and many callers said I sounded “far away”, muffled or like I was distant.  The volume was also low, and I recorded my voice with the iPhone 5S Voice Recorder app, which you can play below to hear the mic quality.

Click Play Below to Hear Audio Recording from Anbes Headset

Overall it wasn’t a bad headset, I just wish it had more stability in the ear (even with earhook) and the mic could have been stronger and clearer, with the volume on the earpiece being able to go louder as well.  So this was really just a mediocre earbud though the price was very decent, and it works better in office indoor settings than in the car or outdoors due to the volume/mic clarity I would surmise.