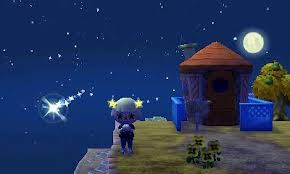 It has been an extremely long time since the last Animal Crossing which was released in 2008 on the wii, however this time the game is out for the Nintendo 3ds,  A New Leaf changes the game incredibly putting you in a new role and allowing you to change your town much more than previous games. The extraordinary and charming world is now much more dynamic and alive as the animals have a much nicer personality and are much more clever bringing you closer to the game and making you really want to hop back into the game.

When players first join they will find themselves being mayor of the town and being able to take over the duties of Tortimer the old mayor. Players can customize the outside of their village by adding monuments, paths, cardboard cut-outs, benches and much more as well of course being able to upgrade their house. Instead of shops being scattered around the town there is now a shopping district which is located in the northern area. The shopping district features old shops as well as some new ones.

Adding building and monuments in your town is part of the community projects which is a new feature where players can decide on certain building being added to the town and can then pay for it. A nice addition is the fact that the animals actually interact in the town now as opposed to before where it felt as if they were lifeless, they now purchase items from shops, chip in on community projects by paying money and also will interact in events.

Will I be able to go to to my friends town?

An exciting new feature is the Dream function. This works by going into the Dream Mansion in the shopping district which puts players into a dream. Players can visit random towns or by entering the players unique code found on the mayor badge. Of course players can also connect their devices and play together instead of just visiting like in the old games.

Here is a game play taken from the Japanese game version: