If you have a Nintendo Switch and you want to greatly extend it’s play time while out and on the go, then the Antank Portable Switch Backup Battery Case is a decent option.  The good news too is that the Switch treats it like a portable battery, so it doesn’t risk issues with your Firmware 5.x updated Nintendo Switch as it isn’t a docking station and only does battery charging for the Nintendo Switch. 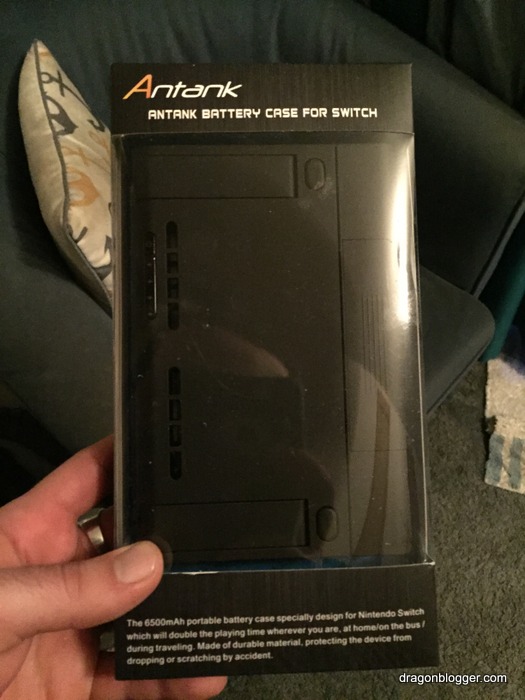 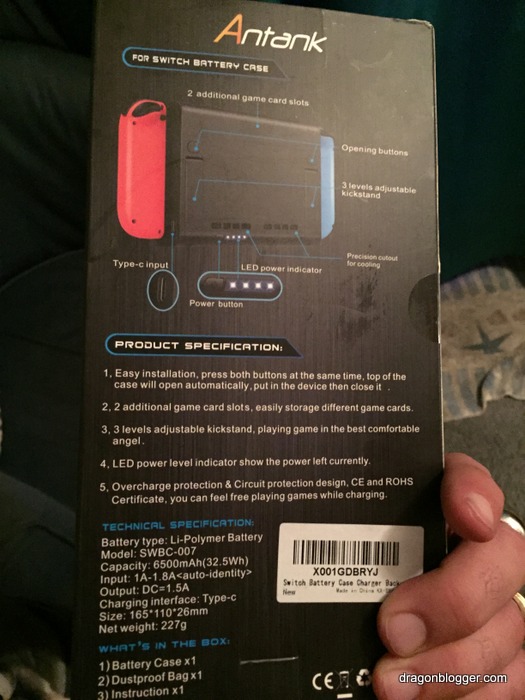 With the external battery for the Nintendo Switch that also happens to be a Nintendo Switch case you just slide your Nintendo Switch into the Battery Backup Case and it can charge while your Switch is plugged into it as well.  This case contains a 6500mAh battery worth of additional power and provides some protection from dropping.  It also includes feet to hold your Nintendo Switch screen on a stand while you watch something or play a game very close by to where you can see the screen.

Overall I found the case to provide an excellent amount of extra battery and it helped my son play The Legend of Zelda: Breath of the Wild for a much longer period of time when we were on a long car trip, it is great for taking the Switch along on camping trips or other trips where you want to entertain someone with the portable Switch for long periods of time.  The stand itself was only useful if you don’t want to hold the switch and just set it on a table right in front of you when you don’t have a docking station and want to play with the controllers separately.  The battery does add some additional weight to the Switch when holding it and it becomes noticeably heavier when using it for long periods of time and holding it up, you may want to have a pillow or something to rest your hands and the Switch onto when playing for a long period of time or your arms will get sore.

Overall the Antank Nintendo Switch Case and Battery works as designed and have no issues with it, it is recommended if you have a need for an external battery and case that you can simply protect your Nintendo Switch with.  It also stores an extra 2 game cartridges too inside the case plus the one in your Switch so you can have 3 games with you (physical copies) at all times without needing a separate carry case.