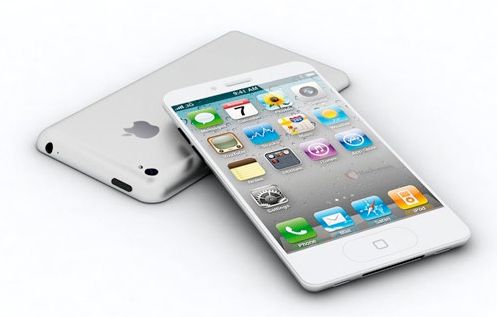 So this is happening sooner than we expected, with the next generation of the Apple iPhone is now available for Pre-order bookings. Yes you heard it right, with the Deutsche Telekom, the parent company of T-Mobile has confirmed the opening for the booking of the Apple iPhone 5, according to Bloomberg.

The Deutsche Telekom official announced that the pre-order will not be available for online bookings, instead customers need to check out one of the local stores directly. The bookings will be done on a first-come, first-serve basis, where each person is alloten with a token and each customer is allowed for a maximum of just one reservation.

Though the service provider has started the pre-orders, the Deutsche Telekom still have no official confirmation regarding the launch date of the Apple iPhone 5, though we are expecting the technology giant to announce their upcoming phone at the end of September and which might start shipping in the month of October.

But what we can confirm is that the iPhone 5 is coming with a bigger screen (probably a 4 inch one), with the phone’s cases and skins already popping up in the market. The device is also coming with an 8 megapixel camera, with reports saying that the new camera was being supplied from two electronics suppliers called Largan Precision and Genius Electronic Optical and ofcourse will sport a new powerful dual-core Apple A5 processor.

The design might get a complete makeover, which we expect to be slimmer, thinner device and something similar to the one showed in the above picture (which is just a mockup image). Also we need to keep in mind that Apple iPhone  5 is not the only device that is arriving in the coming days, which will b accompanied by the new sleek MeeGo device from Nokia, to give the iPhone 5 some tough fight in the mobile battle field.