Have you ever wanted to have a Bluetooth speaker and a wireless headphone at your disposal but not wanting to spend money to buy both? Or you are planning a picnic or a trip but don’t have enough space in your backpack to carry both? Well, Archeer has you covered with their new AH45 wireless headphones which acts as both wireless Bluetooth headphones as well as Bluetooth speakers. Crazy right? So let’s check out this bad boy. A huge thanks to Archeer for sending out their new headphones for testing. 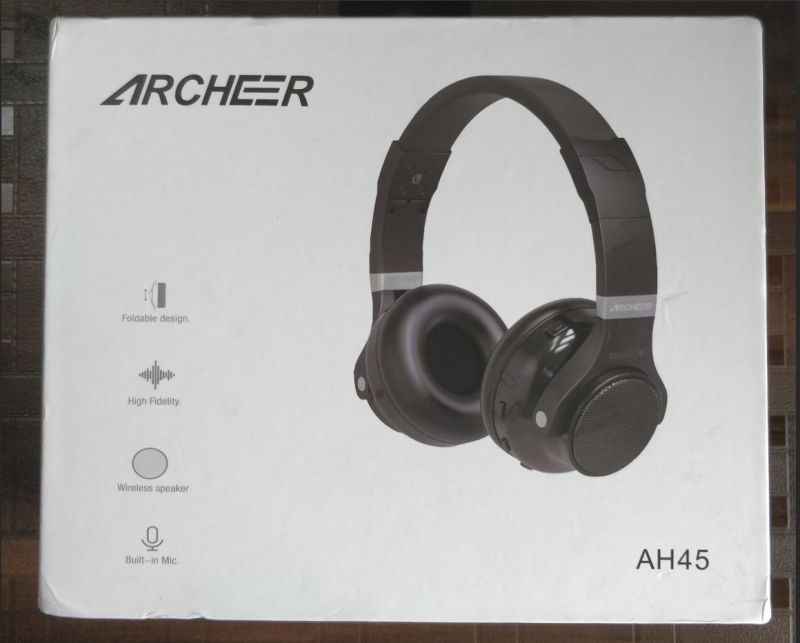 Archeer didn’t save any money in the boxing. The headphones come in a solid cardboard packaging. On the front of the box, you can see how the headphones look along with some text which says that the headphones have a foldable design, has a wireless speaker as well as a built-in mic. 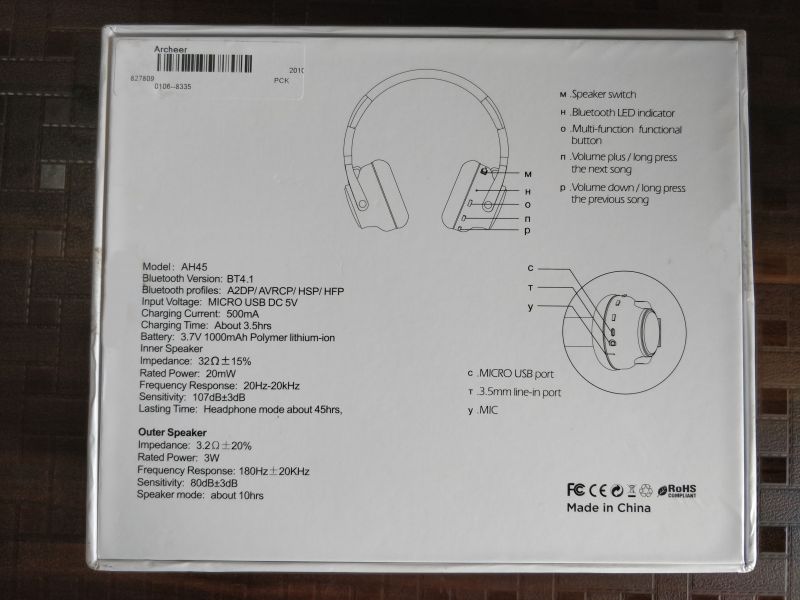 On the back is a short manual indicating what the buttons/LED’s/ports are for along with the specifications of the headphones.

What’s Inside The Box 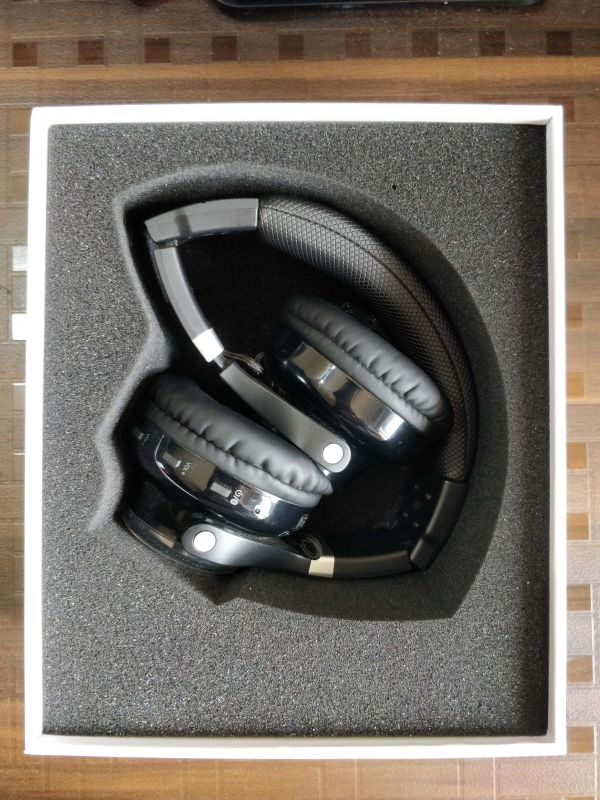 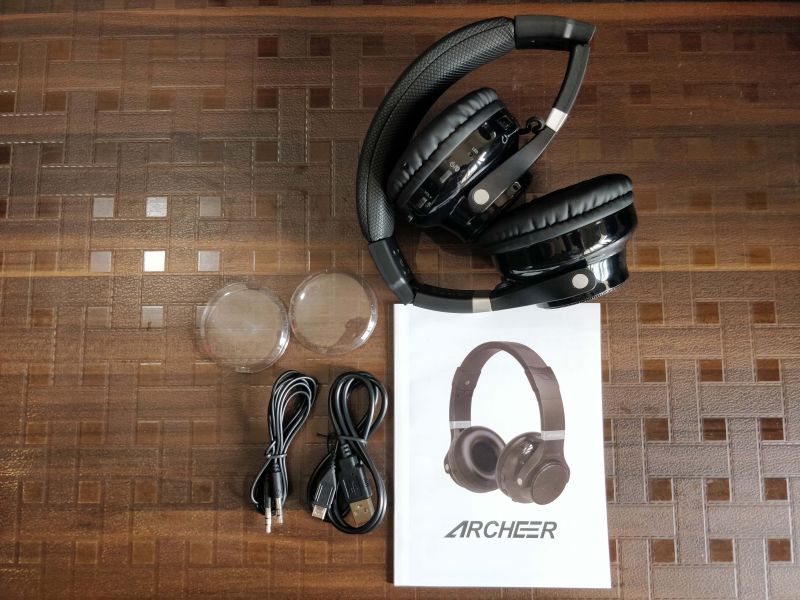 The speaker side of the headphones is covered with a small plastic cover just for the packaging. There’s also a manual included inside the box along with a 3.5mm male to male connector and a charging cable. 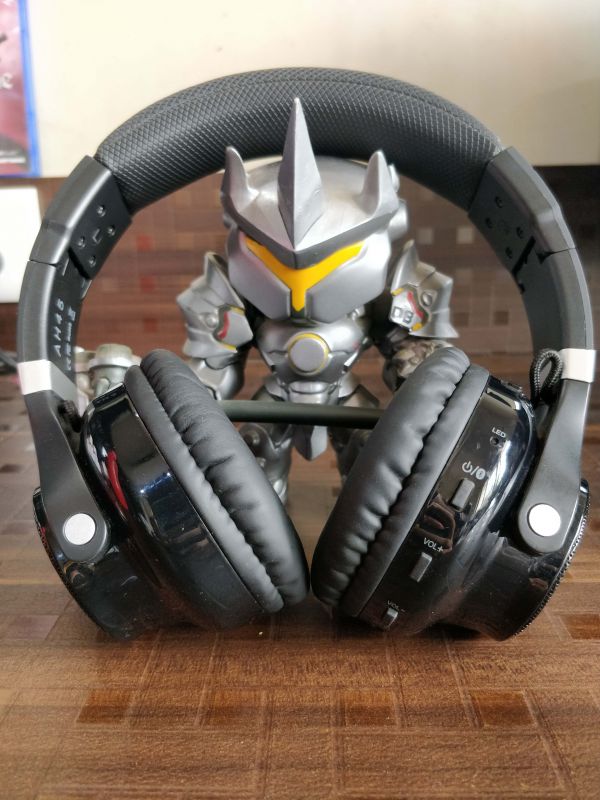 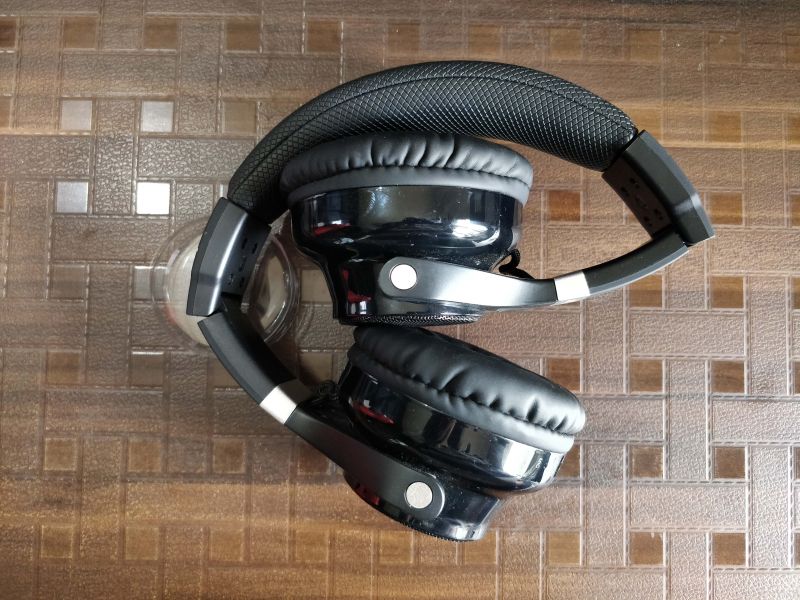 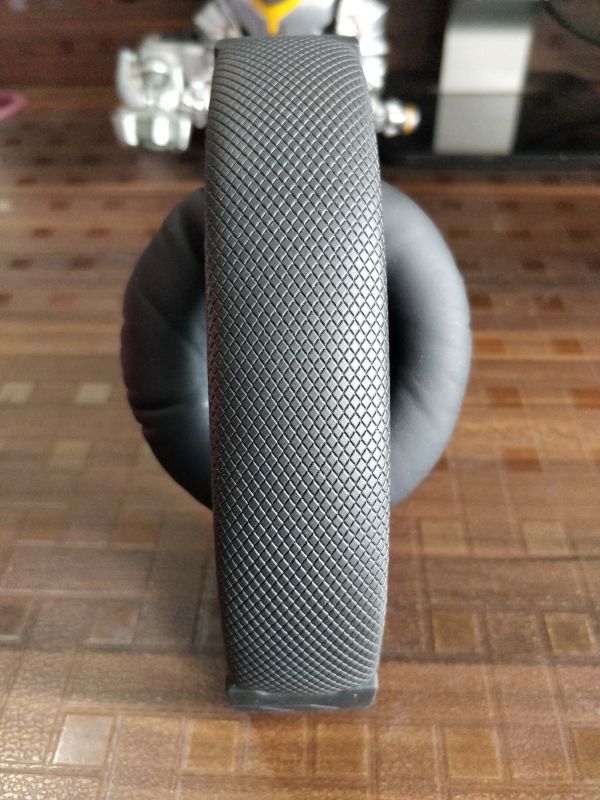 The headphones are foldable so they can be carried easily anywhere and take up less space. The top of the headphones has a textured cushion so they feel very comfortable and soft on the head. 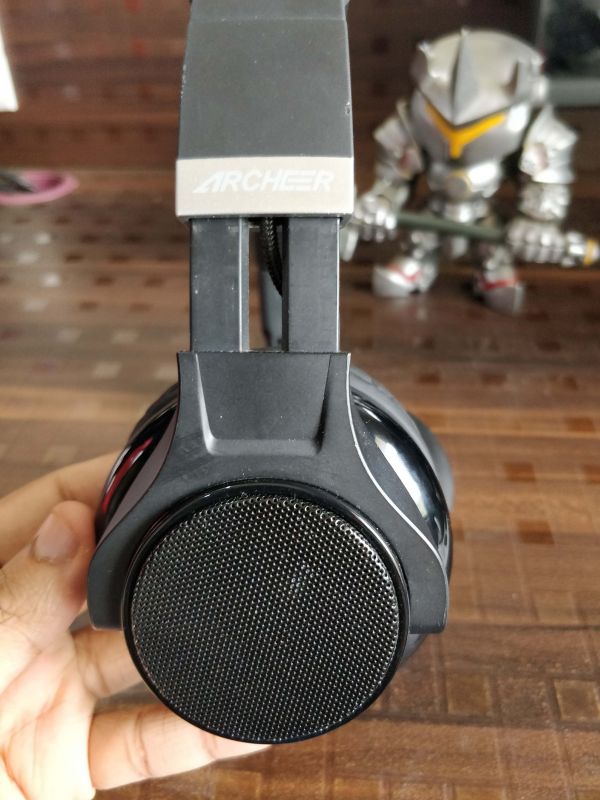 The headphones are retractable so that they can fit on your head properly. 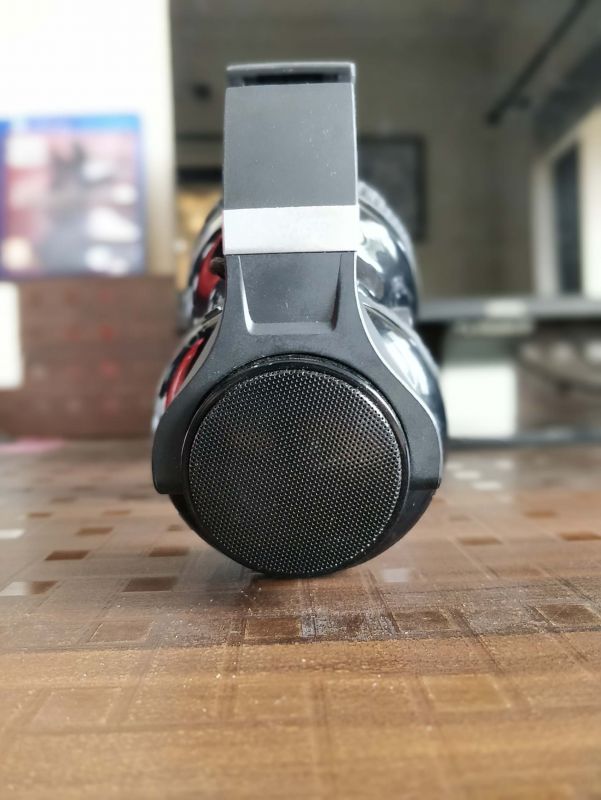 On the sides, you can see a grill inside which the speakers are fitted in. Due to the speakers, the headphones are a bit on the heavier side. 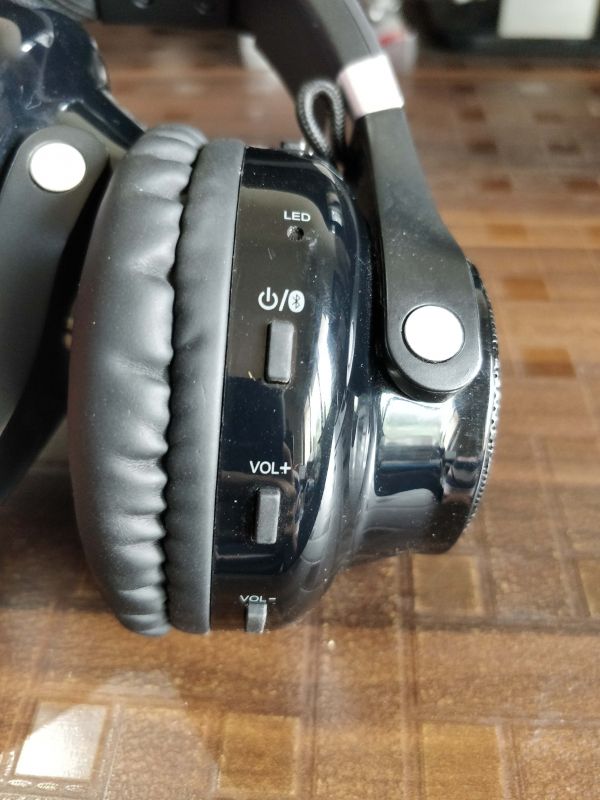 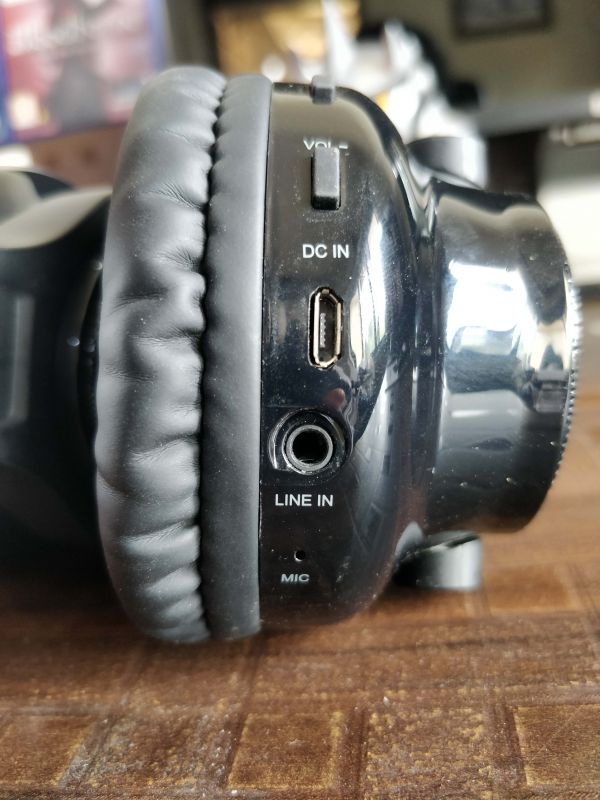 The right cup of the headphones is where you will find all the media controls. There are 3 buttons and a switch. The first button is the power button which turns on the headphones. Long pressing the button for more than 7 seconds will switch to Bluetooth connectivity mode so you can pair it to your phone. The same button can also be used to answer and end calls. The two buttons below the power button are the volume rockers. You can use those to increase or decrease the volume and also to shuffle songs forward or backward. 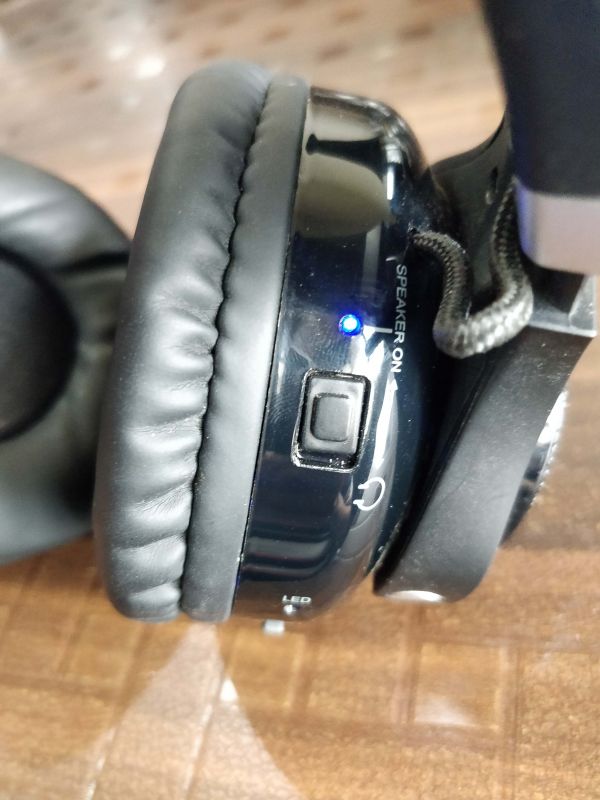 There is a switch on the top of the right ear cup which you can use to switch between headphone mode and speaker mode. The LED turns blue when it’s on speaker mode. On the bottom side, you can find the 3.5mm jack and the charging port.

Now, these headphones are definitely not for the audiophiles out there. The headphones sound pretty good considering the price range. The bass is good but the mids and highs are pretty average. A little bit of tinkering with your phone’s equalizer and you will get better sound out of these headphones. The max volume isn’t really the best or the loudest. The sound gets a bit muddy and distorted on full volume. Moving on to the speakers, I was quite impressed. They were really louder than my expectations. These definitely can’t be compared to a proper wireless speaker but they are quite loud. Compared to a mobile speaker, they are definitely superior. You can hear everything loud and clear and if your friend wants to listen along with you, you can just switch on to the speaker mode and listen together.

Probably the best feature after the speaker mode is the battery life. I am super amazed at how long the battery lasts. I used these headphones for over a month and a half in which I binged on TV series, songs, and movies almost daily and till now I had to charge the headphones only once till now which was some time around the month end. According to the box, in headphone phone, the battery will last for about 45 hours and on speaker mode, you can get about 10 hours of juice. Also if you run out of juice, you can always use the aux cable provided in the box and make the headphones wired and use them without any battery consumption.

The AH45 comes with BT4.1. It supports Bluetooth profiles such as A2DP, AVRCP, HSP, and HFP. The Bluetooth range is around 33feet or 10m. 10m is quite a sufficient range. You can be in the next room and still have Bluetooth connectivity as long as there isn’t much of an interference between the device and the headphone. For me, my phone was in my room and I was still able to get connection till my hall room which had a wall in between. So I wouldn’t worry much about losing Bluetooth connectivity.