Last week ARCTIC announced that it was expanding its fan range and sets up the new 140mm series.  Not only the F14 are available in full model selection
for the first time, the big fans are quieter than ever before and equipped with innovative features. 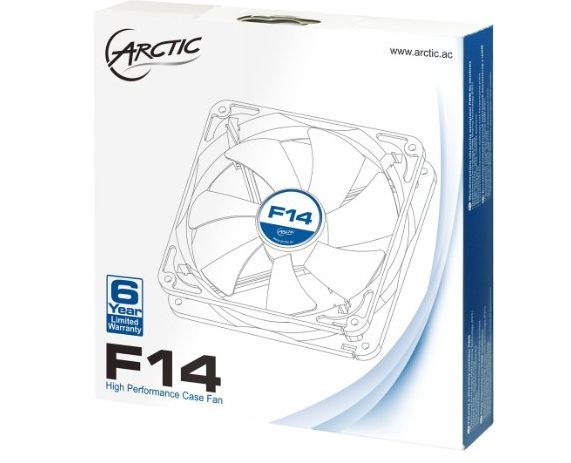 The standard class ARCTIC had already previously in the assortment but due to the innovative design of the fan blades and the impeller the F14 presents itself now significantly quieter than its predecessor.  Even without purchasing the separate specific Silent Model. 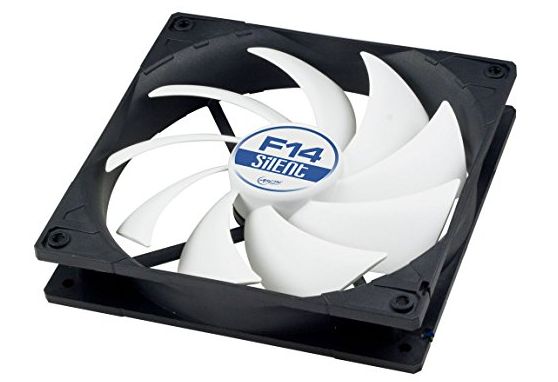 The F14 Silent is specially optimized for silent systems, the F14 Silent comes with inaudibly 0.08 Sone and is 800 RPM.  An alloy/lubricant combination reduced friction, which not only leads to increased service life but most of all keeps the operating noise to a minimum. 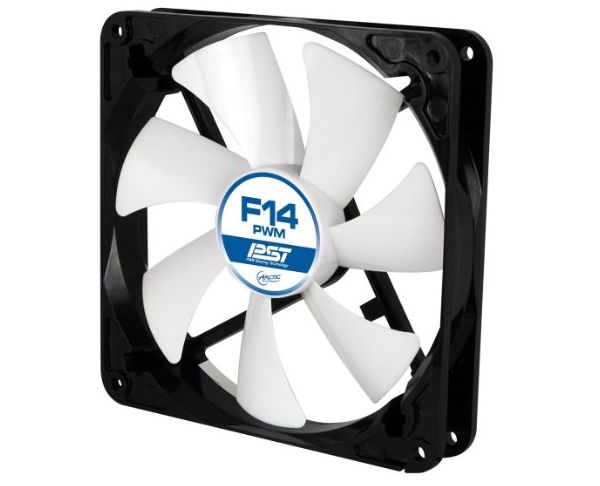 The new PWM controlled fans have a particularly sophisticated solution in their luggage: German engineers were able to further develop the fan so that it not only operates with lower speed at low temperature, but the fan also actually it only starts up when the performance is needed. This eliminates the fan noise during office work entirely and extends the service life of the fan significantly. Often motherboards don’t provide PWM signals below 40 % and thus make the fan unnecessarily loud – not so with the F14 PWM, PWM PST and PWM PST CO models!

You can also learn more about the new ARCTIC F14 cooling fan series that are now available in the ARCTIC Webshop or find them on Amazon and get free shipping when you have PRIME!

ARCTIC and 15 Years of Expertise

ARCTIC is not only in the top league of cooling fan specialists, ARCTIC initiated the trend towards quiet cooling systems for desktop PCs and left a distinct mark. In 2001 the Swiss engineer and company founder Magnus Huber has determined to fight against loud computers – today, the still privately-owned company with locations in Germany, Hong Kong and the USA offers one of the world’s largerst ranges of CPU and GPU coolers. Maximum compatibility, first-class performance and lowest volume convince enthusiasts in over 45 countries around the globe. With the competence of an uniqu e expert knowledge from 15 years of (pc) noise minimization ARCTIC is building out its portfolio through high-quality sound products and office
equipment.