It wasn’t until I read an article recently about how much power routers and home networking equipment consumes and how much total power could be saved if people were more aware and switched to more energy efficient products. 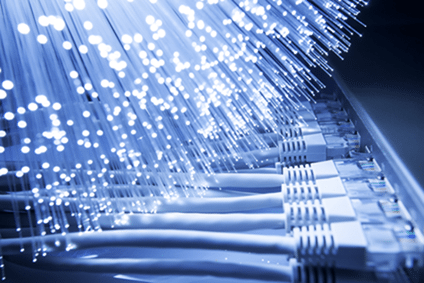 Just consider this IEEE.org article on home networking equipment costs Americans a total of about a billion dollars a year in energy just to power them, 1/3 of which could be reduced just by using more power efficient equipment but some of it just by simply remembering to turn off those routers and networking equipment when you leave the house for the day to go to work (and nobody is home to use it) or when going away on vacation.

With so many people using mobile broadband like from those provided from iinet people don’t realize that their router at home is draining power and that if you leave the home while still leaving a network up and running others may attempt to tap into it as well.(especially if you have wi-fi guest networks).  I know that I myself leave my router on 24×7 even when I go on vacation, but in my case I stream my Dish Anywhere service online through my router which requires that I leave it on.  I of course didn’t realize routers were such a power drain but as I have one of the newest Linksys Router models the E6500 but I actually have not yet been able to find if it supports the 802.3az specs for power saving which can help reduce the amount of power a router uses.

Truthfully if you use a mobile broadband solution that relies on 3G or 4G for movie watching or networking while on the go, then you really may not have a reason to leave your router on at home plugged in and sucking up power if nobody is home.  If you do, then maybe this article will help you add the “power off router” checklist to your things to do before leaving for vacation.

As a technology blogger I have many and I mean many gadgets plugged in all the time, I use power strips to turn off rows of devices at the same time when not in use to help reduce the power consumption when I am not home or out of town.  Combining power strips, or even automatic timers to power on and off devices at time intervals can help avoid power drain if nobody is at home and can save you money on your electricity bill as well as help the overall power consumption issue.  It does take a massive amount of people to follow along and all commit to reducing power consumption however.

So if you are going out of town remember not to just power off and unplug the big electronics, but don’t forget to unplug the router or put it all on a power switch that you can shut off so that you don’t have the router power drain going on and wasting electricity in your house

Influencer / Reviewers / Live Streamers - Get in Touch https://t.co/DwhaTltp6U
In case you missed the stream, the Nebula by Anker Mars II Pro is on deal with 27% off today pick it up here… https://t.co/N9XzddGjx5 - 34 mins ago