Time to kick off a video game giveaway here on DragonBlogger.com and rather than pick a single game like The Last of Us for the Playstation 3, I decided to let it be a video game of the winners choice!  You pick the video game that you want to win for any console or platform as long as the price is $59.99 or less. 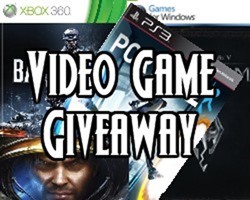 So enter below by getting as many entries as possible and remember the more you share your Punchtab ptab.it link the more entries you get increasing your odds of winning.  Tell us which video game you want to win and why, you can pick any game that is released or even pick one that isn’t releasing until August 2013.  So feel free to pick Dragon’s Crown, Call of Duty: Black Ops 2, Halo 4 or tell you what, I will make it 2 copies of Minecraft for the Xbox 360 if you choose the Xbox 360 version of Minecraft (1 for you and 1 for a friend!)

So enter to win a video game of your choice (or 2 if you choose Minecraft for Xbox 360) and let all your friends know and encourage them to enter to win.

Additional Rules:
This giveaway is open to anyone, anywhere but if you live outside the U.S. you will win an Amazon gift code for the game amount not Paypal cash, so you can choose to accept this or re-gift the prize to another person at your choice.

Also give some thanks to some co-sponsors for helping support the Video Game Giveaway, including SBABZY and That Gaming Critic.

What game do you want to win and for which platform? What are your favorite types of games?