One thing that is commonly discussed and dealt with in the world of online streaming is toxic behavior from viewers who join your live stream.  Even some of my own staff have seen an occasional troll popup in our chat from time to time to give the live streamer a hard time, or simply lay down insults and offensive content.  I am not talking about the “get good boomer” jokes or genuine stuff that is just giving someone a hard time but isn’t offensive, but personal attacks, hate speech, offensive language and in the case of many female streamers overtly sexual commentary that is unnecessary and unwarranted. 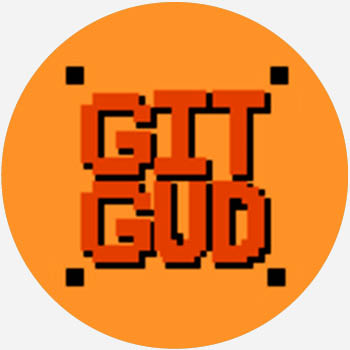 Sometimes this trolling and aggressive behavior can turn into online stalking or even IRL stalking by an individual and in many cases it isn’t like you can leverage a service like Nuwber to look a person up by their name and get their address and other personal information so you can file a police report or restraining order against them.  Dealing with anonymous trolls and online harassment and stalker that can follow you out of your streaming channel into your other social media channels can be a problem, fortunately one that I haven’t had to directly deal with other than the moderation/spam blocking that I routinely have done on our Twitch channel.

First, to help reduce toxic behavior, I have strong chat/spam filters setup for my channel which remove any words and block anything that can be offensive or otherwise distressing to a streamer or other viewers.  Now I have my filters set a little high and am overly protective here because my kid streams on my channel when he was younger, though now as a teenager he is already exposed to the underbelly of the Internet and I doubt he hasn’t already seen all the negative stuff anyway.  But I would rather block too much than too little and then adjust as needed when I see an innocuous comment come in and realize it should be allowed and take it on a case by case basis unbanning some words.

The other is giving a warning banner or label before someone starts chatting, Twitch supports this and this is like your disclaimer about what you expect from viewers who choose to participate in chat.  They have to actually acknowledge that banner before it lets them start typing and sending chat messages.  Finally a reminder warning in the chat itself, and then a ban or block of that account if they refuse to pay heed to the fair warning.  I would say warning is optional and isn’t even necessary if someone is truly offensive or distasteful and go straight to the ban, but use discretion depending on the circumstance.  Twitch has published community guidelines that apply to both streamers and those who participate in streams and are part of the service.

As most streamers also give out their other social media platforms on their panels to have fans crossover to Instagram, Facebook, YouTube, Twitter and the like, often someone who harassed or targeted you on one social network may follow you to another.  I have already also seen where some people will just create multiple fake Twitch accounts and if you ban/moderate one they just simply show up again as an alt account, this is why having chat and comment filters can help than simply relying on manual moderation of comments alone.  Having a strong community and some trusted loyal fans who are willing to also help moderate is also helpful as well.

There is no doubt that I see a lot more harassment of female streamers vs male streamers online and the type of harassment is very different, as I have my own stream team right now with 5 males and 2 female gamers, I can clearly see how commenters react depending on who is streaming.  99% of my viewers and chatters are awesome and respectful, occasionally a random person drops in and needs to be banned or blocked and this happened recently during one of James’s live streams.  Sometimes KatVonMeow can get some risque comments during her streams and some chatters have taken to commenting about her in other people’s streams even after the fact which I felt was a bit improper.

It is a fine line for streamers to build a connection with your fans, as many streamers who are successful are so because fans feel like they are authentic, genuine and have a rapport with their streamer like being “friends” with their entertainer, like being known, recognized and being part of the community.  But toxicity is everywhere as well and is part of the “game” pun intended, so make sure if you are a streamers you know what you may have to deal with and have very thick skin.

Now, one last tip to recommend is take screenshots of the inappropriate chats or harassment as documentation, and file reports/complaints with the service you stream on for assistance in dealing with repeat harassment or complainers.