In Ashwalkers, four adventurers journey through a harsh world, making difficult decisions that dramatically affect the course of the story. Players have to manage the party’s food and equipment and find their way through a dynamic narrative with 34 possible endings.

200 years after a geological disaster, a group of survivors called The Squad set out into a ravaged world. They need to find a safe haven for their people, but to reach it they must cross a post-apocalyptic wasteland full of complex moral dilemmas. Get to know four fascinating characters and the shifting dynamics between them as you travel to the end of the world. 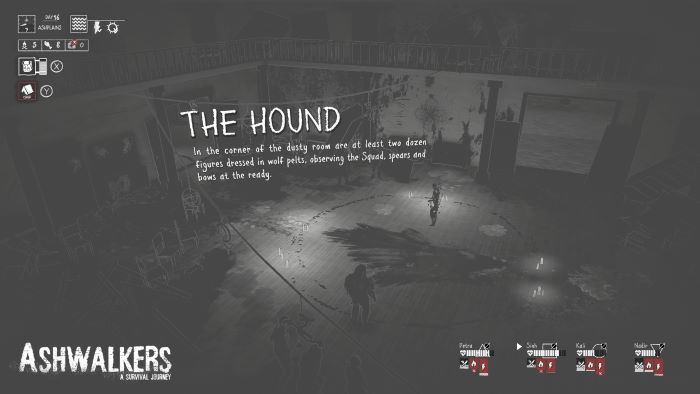 ‘We are huge fans of ‘Choose your own adventure books’ says Hervé Bonin, cofounder of developer Nameless XIII. “Our ambition is to combine that sense of a detailed unfolding world with the interactivity of a video game, a game where every choice matters. The player feedback we have gotten for our public demo in the latest Steam Festival was extremely positive so we are super excited to let players explore the world of Ashwalkers.” 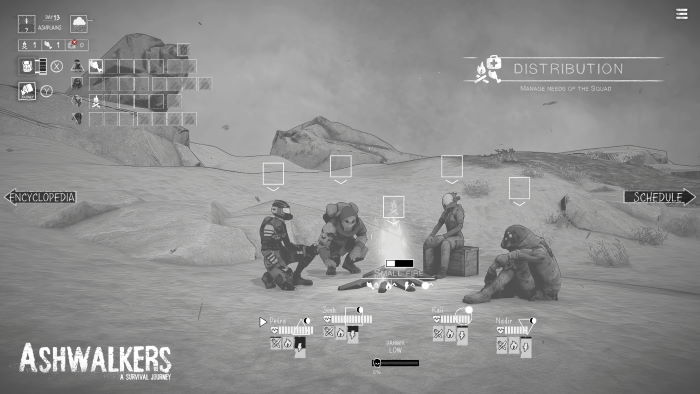 Nameless XIII is an independent French studio, seven members strong. They craft stories of survival, games where you face difficult choices in a hostile world.

Dear Villagers is Plug In Digital’s publishing label. It’s a warm-hearted invitation to join us in the little unusual neighborhood we are building within the gaming industry, a place where talented studios can unleash their creativity and where players enjoy distinctive and audacious games on PC and consoles, such as Edge of Eternity, ScourgeBringer, and Recompile.