So every once in a while we get some cool techie toys to review here and my son loves partaking in the toy reviews when I get them.  Today’s toy was sent to us from RCMoment.com to review and this online store specializes in all toys and gadgets that are R/C related.  Now while most people think of flying drones or camera drones there are plenty of ground vehicles besides the old fashioned R/C car and this R/C tank called the ATTOP YD-211 is one of those unique R/C toys. 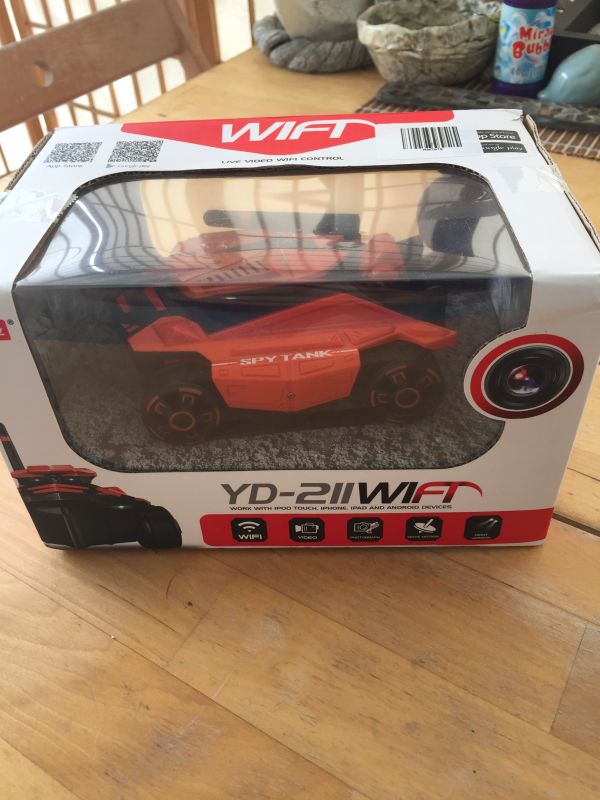 Most of this review will be video showing this RC product in action, but you can see from the stills below that this tank looks pretty cool.  The eye on the tank can be adjusted with the controller and slide up or down and controlled in real time with the mobile phone app.  This little spy tank has very tiny treads and moves a bit slow for outdoors but is perfect for indoors and moving between rooms. 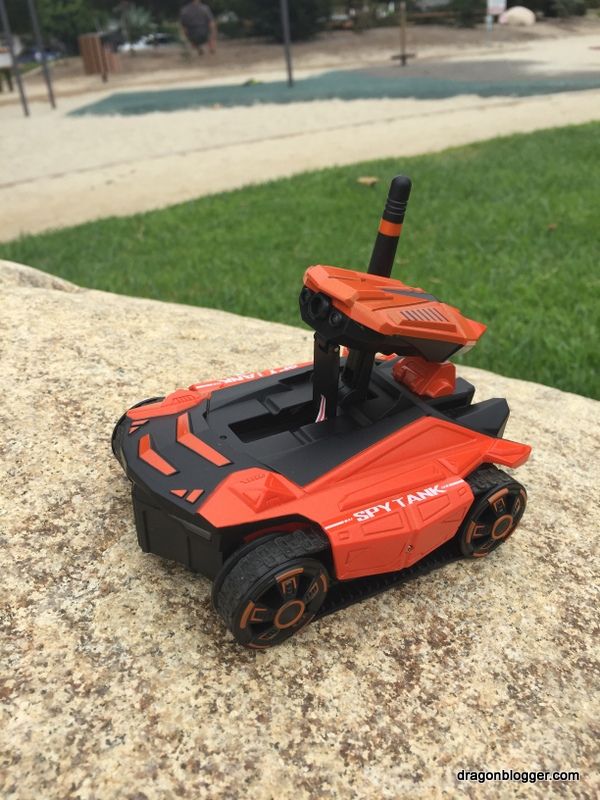 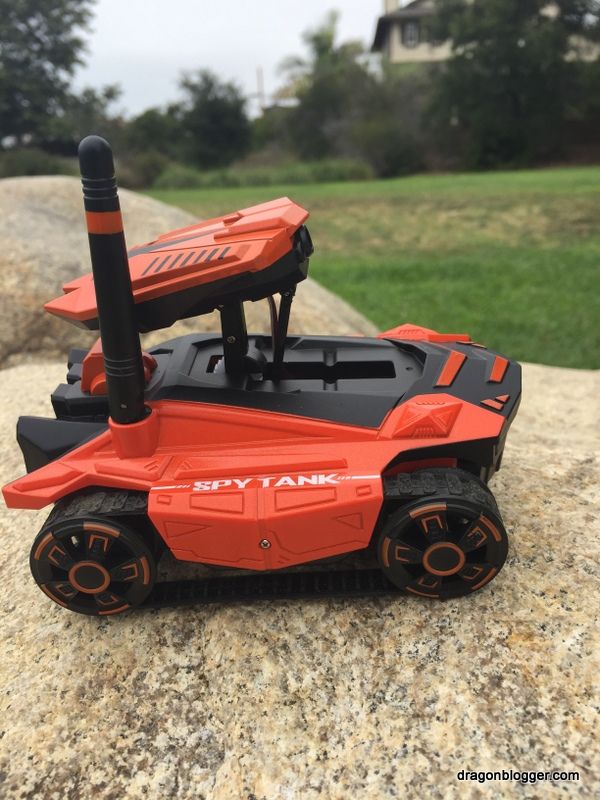 The ATTOP YD-211 Spy Tank had no trouble with fine carpet or hard floor but did struggle in testing going over grass blades. 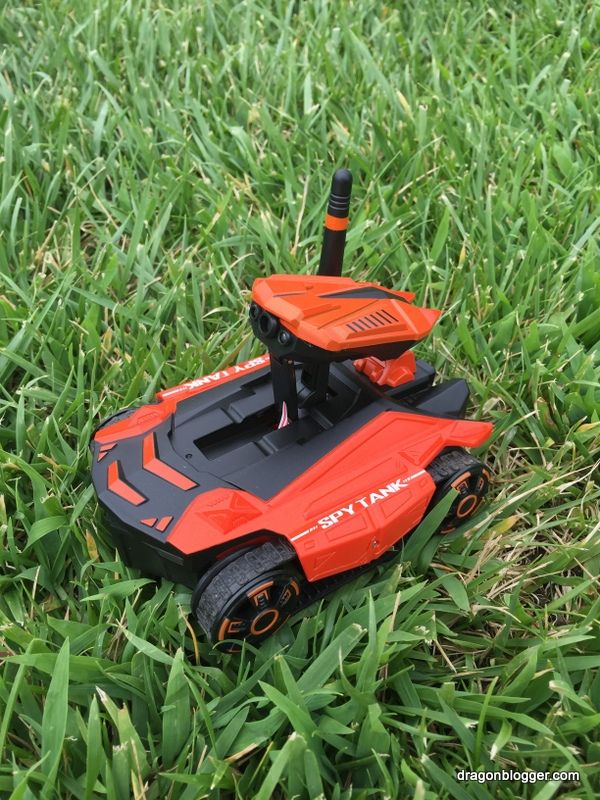 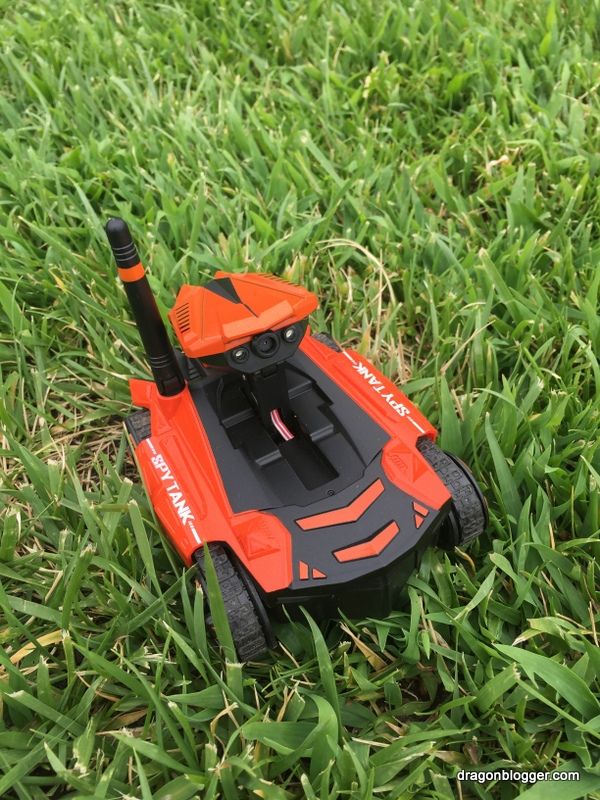 Here my son and I took the tank to the playground and ran it through it’s paces, my son was controlling the tank with the iPhone app and I was using my camera to record the tank while he was controlling it.  As you can see it really records only video to spy on through the app, it doesn’t record audio as it has no microphone.  The video is also 480p which of course is not HD but it is fun to control the tank and if you have 2 of them you can use the app and make the tanks battle each other.

The stills are quite grainy as well, but are fine for kids who just want to see through the app what the camera on the tank sees. 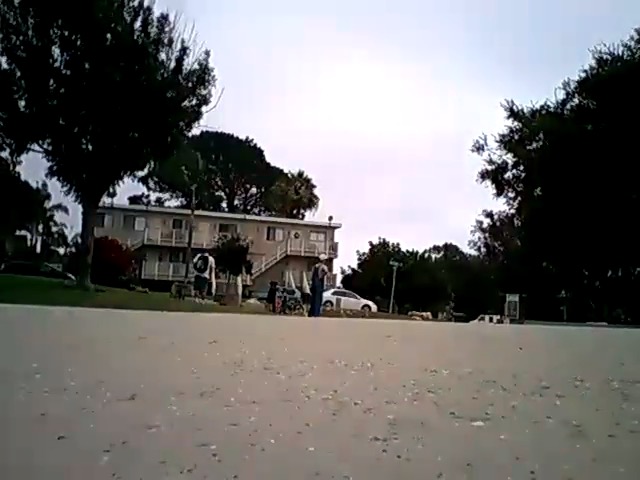 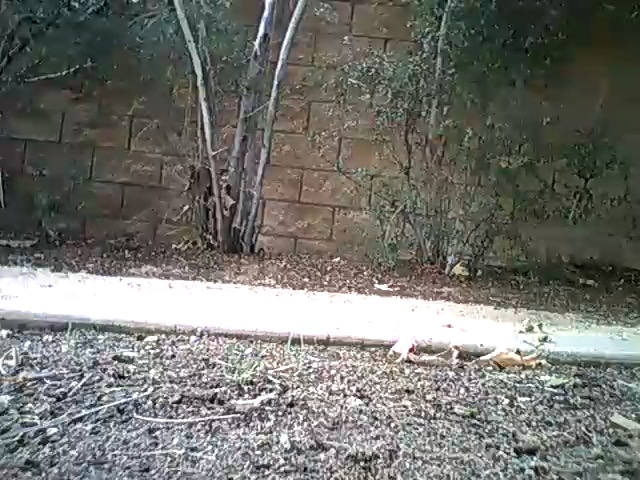 The tank is good for younger kids, but it honestly is kind of slow, struggles over anything but flat or fine ground and wouldn’t I think hold attention span of kids older than 9 or 10 for long.  This is probably an ideal toy in the 5 – 7 year old range if I had to estimate based on my own kids interest.  My 10 year old wish the tank was a bit larger, the treads were larger and able to handle rougher terrain as well as the camera include audio and video (possibly ability to speak through the app and it broadcast your voice through the tank itself).  It also needed to be faster.

The battery did last over 30 minutes of usage and the toy was used a number of times, though it didn’t fare well at the beach with the fine sand.  I didn’t get footage of that, it would have been fun if it could have been better in more types of environments.  Still for the price this was a toy that makes a great present for a kid to play with and even better if you have a pair so they can battle with the mobile apps.