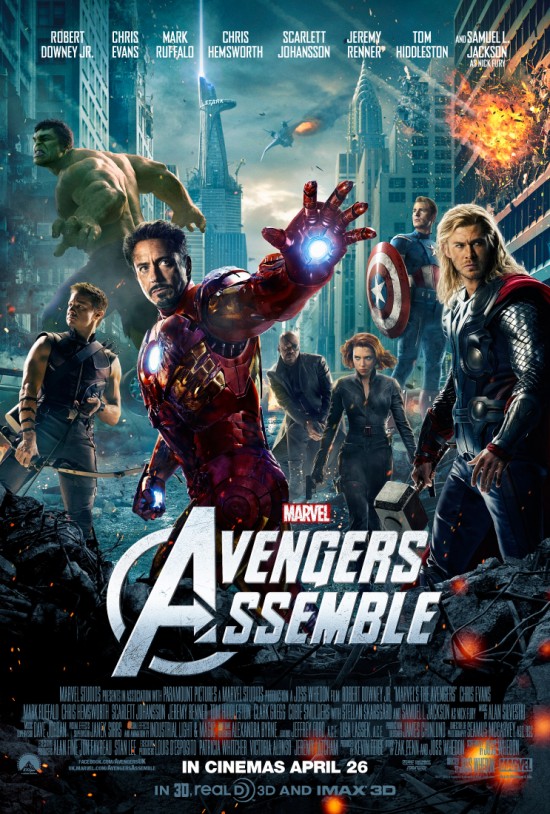 What I learned from Avengers:

(no real spoilers, you get all of this in the commercials) The Norse god Loki (Tom Hiddleston, seen in THOR) is back on Earth and he’s made some very nasty friends not from Earth. He steals a source of power (as seen in THOR and in Captain America: The First Avenger) for his new friends, and that sets off a series of events that brings Captain America (Chris Evans), Iron Man (Robert Downey Jr), Thor (Chris Hemsworth), The Hulk (Mark Ruffalo), Black Widow (Scarlett Johansson), Hawkeye (Jeremy Renner), and Col. Nick Fury (the inestimable Samuel L. Jackson!) together against a common enemy…but working together may be the toughest challenge they face!

Just a side note: With Star Wars prequels, the Avengers series, and his other major films in the mix, Samuel L. Jackson probably makes more in royalties than your average movie makes during its theater run…PERIOD!
OK, if you have read any of my earlier reviews, you know I’m just a big sci-fi, fantasy, and comic book nerd (even though I don’t actually buy comics anymore). I watch almost every super hero movie that is released, and especially Marvel’s offerings since the first Spider Man and X-Men films. You know what? I find The Avengers probably the most perfect super hero movie to date.

Now let me explain, because I don’t want to start a flame war in the comments against the Batman Brigade. Personally, I do not really qualify Batman as a super hero unless he is with the Justice League or similar situation. His comics, stories, cartoons, and films are usually more like a mix of mystery and spy genres. It isn’t about the fighting or powers, it is about the scheme and psychological issues of the bad guy with Batman. I would say the same about many ‘street level’ characters. What Batman does is totally different kind of story than what Superman, Green Lantern, X-Men, or Avengers characters do.

If you have been paying attention, this movie is the next in a series of films based on Marvel comics that includes Iron Man, The Incredible Hulk, Iron Man 2, Thor, and Captain America: The First Avenger. The first great thing that Avengers did was have all the origin stories already taken care of. By utilizing Loki as the name villain, they spent no time showing us how people received abilities or where they came from, they showed that in the previous movies. This way, the opening scene sets up the rest of the movie and we just go from there. Also, I went into the movie expecting little to no character development and I was pleasantly surprised. It does not match a great dramatic film like Titanic, of course, but when the characters weren’t fighting something or getting important information, they had conversations or encounters that added to their personalities, something some films with far fewer characters fail to do (I love Lord of the Rings, but many of the characters themselves do not develop anything in their personalities along the way). Even Bruce Banner, the Hulk, develops a few new twists not seen in the previous film. As far as action, though, The Avengers delivers everything most fans wanted and delivers it flawlessly. Only one part of the movie did I groan a little at a plot device, and even that was swept away as the battle continued. We have the characters briefly fighting each other during a few scenes and the final battle was breathtaking. Don’t mistake my words, this is an action movie, but the action is top rate and powerful! Even if you don’t usually like super hero movies, The Avengers breaks the hero movie formula and cranks up the action to a point where anyone who likes a sci-fi actioner should find something in this to enjoy.

The downsides of the movie were small and few, and nothing really just took me out of enjoying the experience. Yeah, I found The Avengers to be the almost perfect hero movie. It is safe for children, it has many little humorous moments to break up the action and drama, and the actors do a fantastic job. I’m giving The Avengers 5 out of 5. I really loved this one. If the other movies I want to see this summer hold up in action or overall quality, this will be a really, REALLY good year for movies for me! 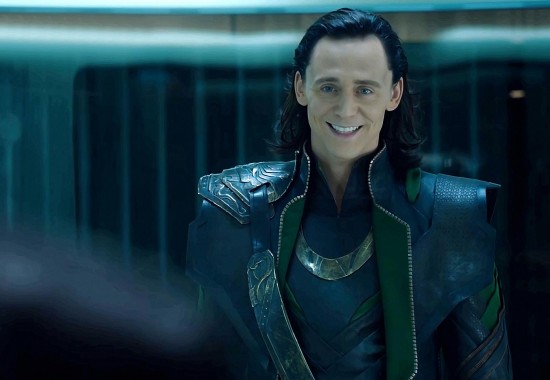