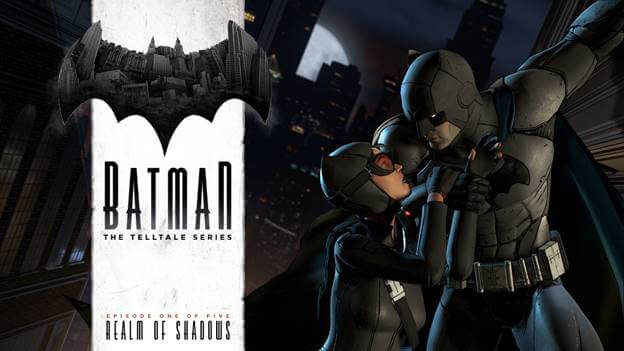 Telltale Games have been known mostly for their ever so popular “The Walking Dead” seasons. Having also achieved incredible successes with other series such as “The Wolf Among Us”, “Minecraft Story Mode” and “Tales from the Borderlands” it was time for Telltale to bring to light a new franchise to their ever so popular line of storytelling games.

Batman: The Telltale Series, which launched with Episode 1: Realm of Shadows on August 2nd, re-introduces Batman fans old and new to the franchise many familiar characters. In this instance of Batman we find Bruce Wayne starting off this season fighting off thugs from the one and only Carmine Falcone who happens to be the biggest crime boss in all of Gotham City. This first part of the game introduces the games typical gameplay mechanics and will be all too familiar for those who have already played other Telltale games. You have your QTE, or Quick Time Events in which you must push a button before time runs out. This can cause Batman to get hurt if not pushed in time or some other minor consequence.

Also as per usual, you are given three to four different dialogue choices for Bruce/Batman to say. Your choices determine the outcome and be sure to keep in mind that what you say can and will affect the outcome of the game as well as how certain characters and relationships develop. New to this game is called “Crowd Play” where up to four people can connect to your game ala Jackbox Games style and vote on the dialogue choices. Whichever choice gets the most votes is what your character will say. This can make for a very interesting playthrough by letting your friends make the decisions for you.

Also new to this particular series is a meter in the form of the Bat Symbol in the bottom left corner that fills up whenever you make a correctly timed button press. Once this meter fills up all the way it will allow you to use a finishing move at the end of a QTE so you might want to make sure you button presses are accurate and quick as possible.

One final new component although minor, is the ability to choose what color scheme you want your Batcomputer as well as all of your gadgets to look like however you only have five colors to choose from. I went with the traditional yellow color for Batman’s wares.

For those familiar with Telltale’s different games you know all too well that a lot of their games tend to be extremely laggy and some of them run rather slow. Well this time around Telltale Games finally was able to fix those issues as I would have to say that this game has been the absolute smoothest of their games that I have played. I experienced zero lag on my playthrough of this first episode and I hope this continues. That is what I really could not stand from previous games is that there was an extreme amount of lag and it took away from the pacing of the story and overall immersion was broken up. Thankfully this is not the case here.

This episode does a fantastic job of introducing characters, some of which have a bit of a different backstory this time around so it won’t be the same old Batman you’re used to. Troy Baker does an outstanding job of voicing Bruce/Batman however I didn’t care too much of his Batman voice as I thought it was a bit over the top and a bit too deep. I tend to be pretty critical of Batman’s voice especially when you have been used to someone such as Kevin Conroy for years.

The ending leaves players wanting even more. It’s hard to talk about this episode because there is so much content and story in it so I won’t give anything away. I will say that this game is definitely worth picking up and you can purchase it right now on Xbox Live, PlayStation Network and Steam for $4.99 or get the entire season pass which includes all five episodes for only $24.99