Although skeptics may read this and not believe that there are benefits to online shooting games, recent studies have shown that there are a number of benefits to playing online shooting games. A lot of people do not fully understand this particular genre of gaming and often only read the negative press these games receive; in particular that these games are responsible for an increasingly violent society especially among the younger generations. The research which shows that these games influence how people act is still in it’s infancy and there is little research which explains that playing shooting game will mean that people will commit violent crimes in real life. Millions of people around the globe play online shooting games and a large majority never commit a criminal or violent act in their lives. 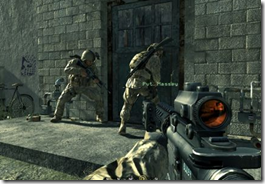 There are several benefits to playing this genre of games; in particular, these games teach people a variety of critical thinking skills. Online shooting games are not simple to play and often require a lot of thinking; in particular they require a lot of strategic thinking. Shooting games are not simply firing a bullet at the enemy, often a player is required to make some basic calculations to determine whether a shot will be successful. This is especially true in games where cooperation and coordinated tactics are required where you have to coordinate with team members to help achieve goals and victory conditions. This type of team building clearly has “leader/follower” type of situations and can help individuals give orders and lead a team as well as follow direction in the case where they are following another team leader.

Another benefit to playing shooting games is that it improves a player’s hand eye coordination. Repeated studies have shown this to be true, in particular when a gamer plays fast paced shooting games or multi-player games. Clearly, while shooting games are engrossing and entertaining they are also beneficial to a player in ways they may not have realized.

Some of the initial studies do however show that violence and aggression in games can or may lead to more aggression in children so there needs to be a careful balance of age appropriate material for children and even teenagers. Make sure you are aware of what your child is playing and take the time to review it and make sure it is age appropriate. Emphasize games that involve teamwork and cooperation and minimize gore, there is no reason shooter games can’t be realistic and fun without having gore and examples include shooter games based on paintball or other non-lethal target shooting as well.  As with anything moderation is key in my opinion.