ROCKVILLE, Md., April 4, 2014 /PRNewswire/ — Bethesda Softworks®, a ZeniMax® Media company, today announced that The Elder Scrolls Online is now available for PC and Mac at retailers worldwide and on the official online store. Developed by ZeniMax Online Studios, The Elder Scrolls Online is the latest chapter in the award-winning franchise and brings the legendary experience online for the first time.

The Elder Scrolls Online allows gamers to choose their own style of play as they embark upon an epic adventure across all of Tamriel. Players can adventure alone on heroic quests as in previous Elder Scrolls games, explore the huge, rich world with a few friends, or join with hundreds of others in massive Player vs. Player (PvP) battles to save the Empire.

“We are grateful for the overwhelming response to The Elder Scrolls Online,” said Matt Firor, Game Director of The Elder Scrolls Online. “With 5 million people registered for beta, it’s clear that a large number of fans are eager to jump online and experience everything the game has to offer. We couldn’t be more excited to get it into everyone’s hands.” 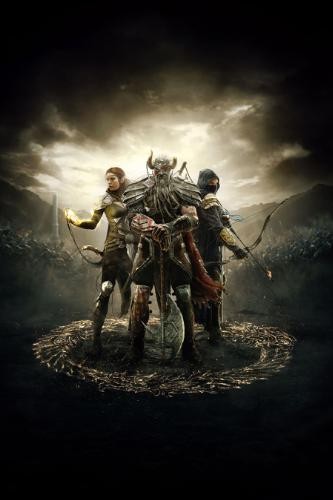 About Bethesda Softworks
Bethesda Softworks, part of the ZeniMax Media Inc. family of companies, is a worldwide publisher of interactive entertainment software. Titles featured under the Bethesda label include such blockbuster franchises as The Elder Scrolls®, DOOM®, QUAKE®, Fallout®, Wolfenstein®, Dishonored®, Prey® and RAGE®.   For more information  on Bethesda Softworks’ products, visit www.bethsoft.com.

Influencer / Reviewers / Live Streamers - Get in Touch https://t.co/DwhaTltp6U
Why is the Baseus 11-in-1 one of the best USB C docking stations? https://t.co/cfkiAqTvRc - 11 mins ago