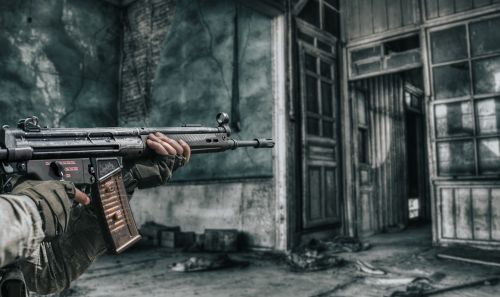 Guns. Lots of guns. This is the mantra of many a video game. We take a look at some of the very best video game weapons of all time.

Shooter games are awesome at firing off the best guns in the world. Whether it’s first-person shooters or third-person shooters, more guns is always a solution.

People say video game guns cause violence. This can’t be further from the truth. Even then, these famous video game weapons sure are fun to shoot.

If you’re looking at video game weapons, these are the go-to for both badass and plain power.

In this list, we give you the 10 of the most iconic video game weapons of all time. We’re doing one weapon per franchise, and we’re not counting weapons connected to bodies.

Sorry, Megaman and Samus. You can go to another list.

Here’s what we have: 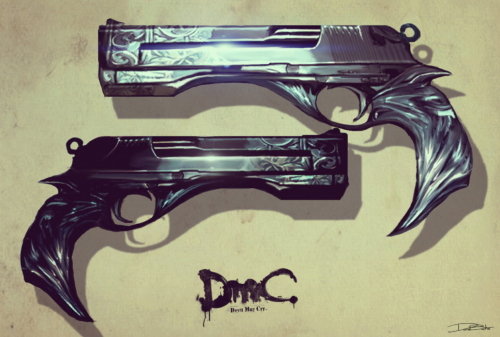 On top of this list is Dante’s Ebony and Ivory from the Devil May Cry franchise. When it comes to the coolest, most badass characters, Dante is on the top. He’s a half-human, half-devil who inherited the iconic demon sword of retaliation – Rebellion.

Even then, what we see a lot from Dante are his custom semi-auto M1911-style pistols, Ebony and Ivory.

These iconic video game weapons inlaid with two Victorian women make up his basic arsenal. For someone as ass-kicking as Dante, these are all he needs to fight the forces of Hell.

If you’re one of the people who got to play Perfect Dark, the Farsight XR20 is bonkers. The Farsight is like a superior version of a Destiny new sniper, the Revoker, that is hard to match. This railgun-sniper hybrid is crazy for its incredible range and instant kill ability.

Among many famous video game weapons, what makes this gun overpowered is its digital sights. It allows the user to see through walls and any obstacles with a thermal camera. Once your crosshairs are in, all you need is to pull the trigger and you’re good to go.

When it comes to video game weapons, the Farsight XR20 is a class of its own.

There was once a time where people will tell you that they prefer Duke Nukem from Doom. With its in-your-face action-comedy and the hilarious Duke toting his arsenal, his guns make him awesome. One of the most iconic video game weapons he has is the Shrinker.

Also known as the Shrink Gun, this non-lethal rifle can make short work of any alien or monster. It shrinks anyone and everyone to the size of a rat. At this point, all Duke has to do is trust his mighty boot and crush that little bugger off.

When you play Dead Space, one of the best weapons you have is not a weapon at all. Ask anybody who plays or saw someone play this survival horror game, there’s one gun that stands out. We’re talking about the Plasma Cutter, and it’s not even a weapon per se.

The Plasma Cutter is a mining tool that space engineer Isaac Clarke commandeered. Among the best video game weapons, this lets you position it vertical and horizontal. When you’re ready, you can use it to start cutting limbs.

Start cutting those alien limbs and this old Plasma Cutter should do the trick.

For Quake players around the world, one of the most enjoyable times you can do is fragging someone. Sure, there’s the shotgun and the super awesome rocket launcher. What makes Quake exciting, however, is the Railgun from Quake 3.

The Railgun is an expert weapon through and through. In the hands of a noob, this cannon is a complete crapshoot and a waste of ammo. If you’re good enough, even with the lack of scope and long cooldown, it’s all you need.

Quake’s Rail Gun is one-shot, one-kill and one of the best video game weapons out there.

When you’re in the Wastelands in Fallout, sometimes a Laser Rifle is not enough. You need something bigger, and it’s not the Plasma Rifle either. When you want the best boom, all you need is Fallout’s M42 Fatman.

The Fatman is a shoulder-mounted ballistic launcher that shoots a small but ridiculous Mini Nuke. This creates a small mushroom cloud and disintegrates everything in its landing area. Among the many egregious video game weapons in Fallout, the Fatman takes the cake. 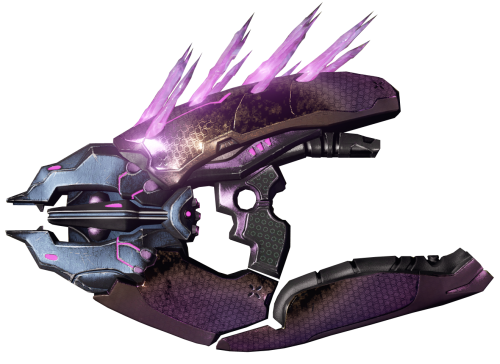 For anyone who has even tried Halo, you know that there are so many weapons in there worthy of this list. If we have to choose, however, one of the best video game weapons in there is the Needler.

The Type-33 Guided Munitions Launcher, also known as the Needler, is the quintessential alien gun. It’s an A-shaped handgun that shoots out crystalline needles that homes into the target. A single needle is never a threat, but enough of them can make any player cower in fear.

The best way to picture is it a gun and a chainsaw merged into one awesome weapon.

For old-timers, Doom cemented the landscape for the first-person shooter genre. It became the center of FPS and among the pioneers of its kind, together with its sister game Wolfenstein. We love the shotgun as much as the next guy, but we aren’t ready to leave the BFG9000.

This is the gun that defined what BFG means: Big. F**kin’. Gun.

It’s a gigantic plasma gun that kills anything in its path. 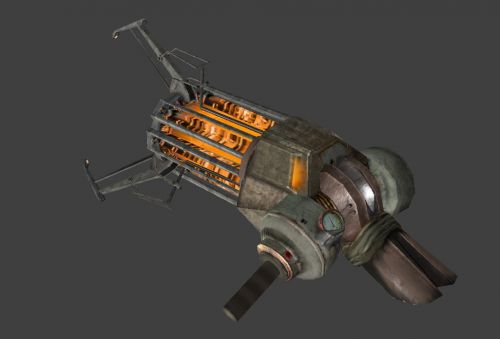 If Id’s Wolfenstein started the FPS genre, Valve’s Half-Life revolutionized it. In the mid-2000s, Half-Life 2 became the most iconic FPS game. Being one of the best games ever, its weapons are hard to forget too.

Among many weird, quirky guns in Gordon Freeman’s arsenal, the Gravity Gun takes the cake. It used what is, at the time, revolutionary use of in-game physics, and weaponized it. Known as the Zero Point Energy Field Manipulator, you can hurl anything and make it your own weapon.

Have You Tried All These Video Game Weapons?

Don’t stop here! If you’re looking for more game guides, we have many different walkthroughs and top-ten lists for you.