The Blair Witch story has been rebuilt for the Oculus Quest platform to offer a uniquely immersive and horrifying VR experience. With environments redesigned for more interactivity and accommodate new creature encounters. In addition, there is a new control system and mechanics for your canine companion, Bullet – give him a treat right out of your hand, pet him at any time, and even play fetch! Players can enjoy a 360 immersive experience in the Black Hills Forest. Designed with the Oculus Quest platform in mind, Blair Witch: Oculus Quest Edition supports higher resolution and high-quality textures made possible by the power of this new hardware. Blair Witch is planned to release on additional VR platforms in the coming months. 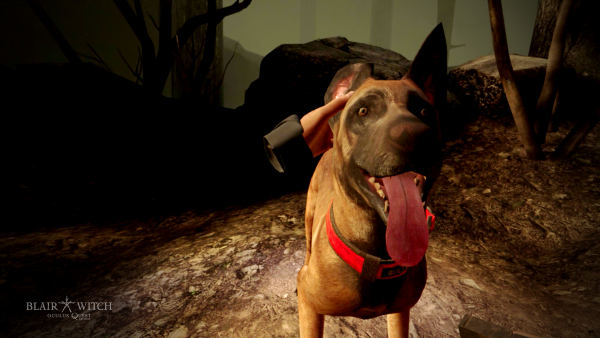 Based in Krakow, Poland, and established in 2008, Bloober Team is an independent game development studio with over 100 people strong. The company focuses on creating mature psychological horror games with deep storylines and atmospheric set-pieces, all resulting in a chilling yet memorable experience. Bloober Team has extensive experience and passion working on acclaimed horror games including Layers of Fear and Observer, along with team members having previously worked on The Witcher, Dead Island and Assassin’s Creed series. https://www.blooberteam.com/