React.js is amongst the most favorite technologies in the present time. Although for a detailed description one does require an in-depth knowledge of JavaScript and HTML. But one should first learn about some of the basics on React, especially if you are a beginner.

React: What is it? 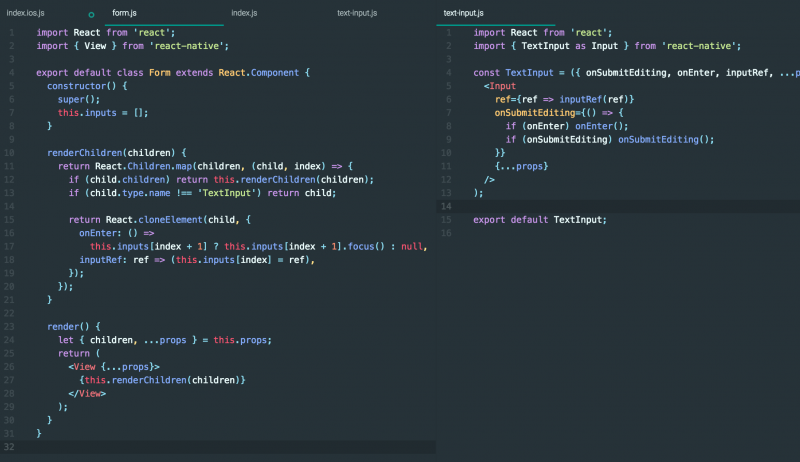 The development team of Facebook had made React in the year 2013. This can be considered as a library of JavaScript. React helps in making the user interface modular and in some cases reusable. The best part is that maintenance is easy. As per the official React website, this has been used for building components that are encapsulated for management of the website and composing them for making complex UIs.

Technically Facebook was the first to have used React and therefore we shall be taking it as an example wherever needed in the post. Do you remember the time when Facebook had added the option of reactions for posts from like?

You were now able to react with emoticons like heart, smiley face, care, and even angry. In case they had been developed through HTML, there would have been tedious work for changing all of the likes into emoticons and making sure all of them work smoothly.

This is also where the React template was helpful. Instead of the implementation of concern separation that does impress the developers, there is a different react architect that also enhances the modularity depending on the component structure apart from the separation on the varied programming language.

Why Is React Becoming So Popular?

The world seems to be running after React templates and it has certainly started ruling the frontend part of web development. But what is the reason behind it?  Well, some of the main factors are:

1. It Is Less Complex Than Competitors

Some of the popular work choices when React had been just announced used to be Angular and Ember. But there were several conventions imposed over the coding that can port on the present app and this made usage difficult. React had been created for easier integration on a current project. This is why It was used for Facebook and introducing it over the present codebase became easy.

This was also the time when Angular 2.x had been announced by Google. This was accompanied by the major changes and backward incompatibilities as well. The change from the first to the second version of Angular was very different. React was something that at the time all of the developers were getting eager to use. The main reason was that React developers had promised execution speeds.

Having Facebook as a background supporter means that there is a higher probability of a project in getting successful. But this isn’t a surety, as one can still see many projects by Google and Facebook getting failed over the years.

What Should You Learn Next?

This was just an introduction to React. There are several concepts and components of Reacts that need to be covered. Some of them being debugging, fetching data, routing, handling errors, and much more.