SAN FRANCISCO, March 1, 2017 /PRNewswire/ — Blizzard Entertainment’s popular and stylish multiplayer shooter, Overwatch, was honored with the prize for Game of the Year at tonight’s 17th annual Game Developers Choice Awards (GDCA) ceremony during the 2017 Game Developers Conference (GDC) at the Moscone Center in San Francisco. Overwatch’s carefully calibrated balance and polished gameplay mechanics also earned the game the award for Best Design. An archive of the award ceremony, as well as the full presentation of the Independent Games Festival Awards (IGF Awards), can be viewed at http://twitch.tv/gdc. 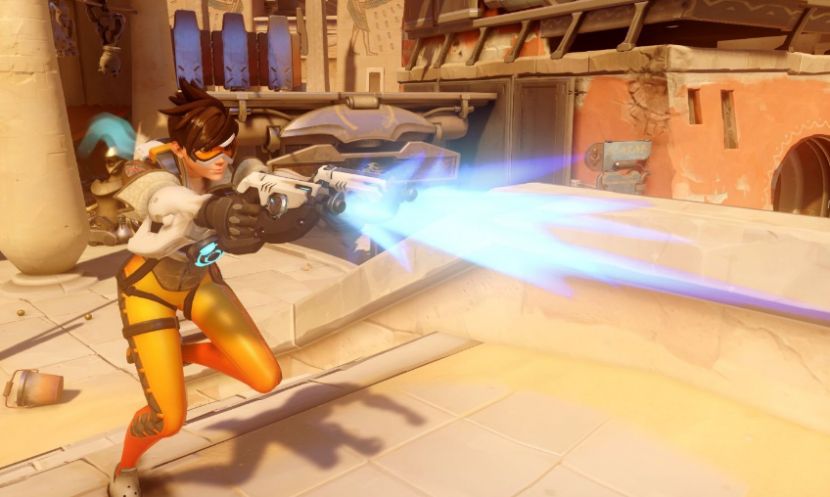 Developer Playdead’s beautifully macabre and engrossing platformer, Inside, also earned two awards in total, for Best Audio and Best Visual Art. The awards reflect the strong artistry of the title, which depicts a dark conspiracy using a stark visual motif with foreboding lighting and haunting animation. Developer Campo Santo’s compelling first-person adventure game, Firewatch, was the final double award-winner of the night, earning the team the awards for Best Debut and Best Narrative. The game, which features the voice talent of Mad Men‘s Rich Sommer, portrays a deeply engrossing tale that enwraps the player in a branching script filled with mystery, suspense, humor and longing.

The full slate of winners at tonight’s ceremony also includes the augmented reality (AR) game Pokemon Go by Niantic, which became a worldwide sensation and earned the award for Best Mobile/Handheld Game. The massively ambitious, procedurally-generated universe of No Man’s Sky earned developer Hello Games the Innovation Award, while the grandiose production and graphics in Naughty Dog’s Uncharted 4: A Thief’s End earned that title the award for Best Technology. The charmingly off-kilter virtual reality (VR) game, Job Simulator: The 2050 Archives, received the award for Best VR/AR Game. The Audience Award is chosen among the entire selection of GDCA finalists using a public online voting process, and was presented to developer EA DICE for Battlefield 1.

Every year, the Game Developers Choice Awards also recognize developers who have made significant contributions to the art, science and craft of video games with three special awards. This year, the Pioneer Award was given to Jordan Mechner, the game designer, programmer and screenwriter best known for creating the landmark series, Prince of Persia.

The Ambassador Award, which recognizes those whose actions have helped video games to “advance to a better place,” went to Mark DeLoura, for dedicating his life to the education and the productive use of technology within academia, the media and videogames, holding roles that include Senior Advisor for Digital Media during the Obama administration.

The Lifetime Achievement award was given to Tim Sweeney, the founder of Epic Games, and the creator of seminal game/creation tool ZZT and the influential Unreal Engine. Following the 1998 PC game Unreal, which Sweeney co-created, the game’s engine became the underpinning for a slew of acclaimed games, including Epic’s own Gears of War and Unreal franchises, as well as the BioShock series, Tom Clancy’s Splinter Cell, and the Batman: Arkham series of games.

“This year’s amazing slate of winners is a testament to the diversity of experiences in games. Pokemon Go took gaming outdoors using AR, while Job Simulator showed how lo-fi aesthetics could meet cutting edge tech for a winning VR experience. Overwatch once again proved Blizzard’s uncanny ability to make a perfectly balanced multiplayer game, and Inside delved deep into our dark psyches to unearth our scariest nightmares,” said Meggan Scavio, General Manager of the Game Developers Conference. “These nominees speak to the strength of games as a medium, but also show the various textures and possible creative outlets that interactive entertainment can provide. Congrats to all of the winners and nominees for following their visions and thanks to all developers who strive to make amazing games for us day in and day out.”

About the UBM Game Network
A core provider of essential information to the professional game and VR/AR industries, the UBM Game Network drives community and business partnerships through market-defining content. Its award-winning lineup of events and digital products and services include the Game Developers Conference®, the Virtual Reality Developers Conference, Gamasutra.com, GameCareerGuide.com, GDC Play, the Independent Games Festival and Summit, and the Game Developers Choice Awards. Visit www.ubmgamenetwork.com for more information.

About UBM
UBM plc is the largest pure-play B2B Events organizer in the world.  In an increasingly digital world, the value of connecting on a meaningful, human level has never been more important.  At UBM, our deep knowledge and passion for the industry sectors we serve allow us to create valuable experiences where people can succeed. At our events people build relationships, close deals and grow their businesses.  Our 3,750+ people, based in more than 20 countries, serve more than 50 different sectors – from fashion to pharmaceutical ingredients.  These global networks, skilled, passionate people and market-leading events provide exciting opportunities for business people to achieve their ambitions.
For more information, go to www.ubm.com; for UBM corporate news, follow us on Twitter at @UBM, UBM Plc LinkedIn