As someone who Twitch streams from a laptop there is a great Blue Yeti mic that is better than the Snowball and is a fantastic option if you podcast, stream and need crystal clear voice quality and clarity while you are streaming and talking with your audience. 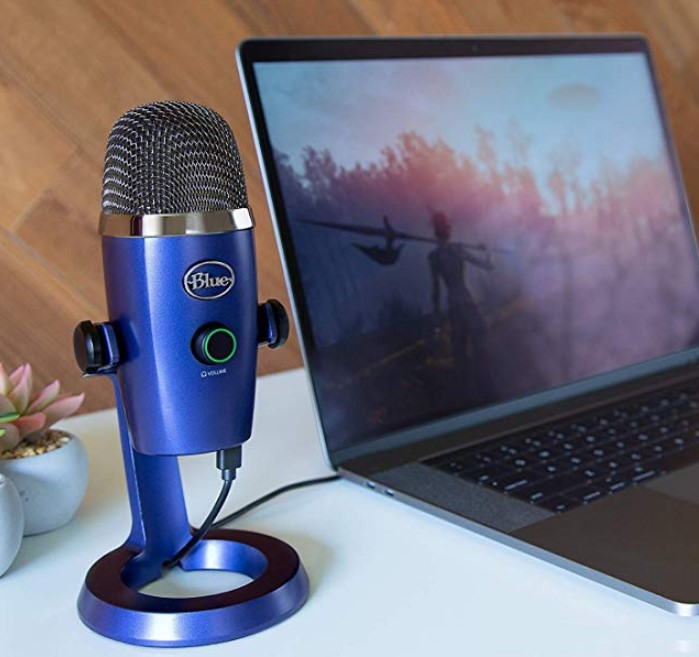 What Makes the Blue Yeti different than the Snowball right off the bat is the fact the Nano has 24-bit and supports an arm for holding the mic above if you want with it’s standard threads.  It also has Omnidirectional input option instead of only Cardioid which means it works great if you have more than one person sitting together where you want to capture sound equally, or if you are playing an instrument while you are recording.  Great for podcasts and interviews where you are sitting together the Nano also is fantastic when set to Cardioid as well.

It also has a Mute button and features a latency free headphone input which are 2 features also missing from the Snowball mice.  Of course Mic Gain is adjusted based on the desktop app rather than having an independent dial on the mic like the premium Yeti Blue mic but you may find that isn’t necessary especially since the Blue Yeti Nano can be had for around $99 or less right now depending on the color you choose.

Just compare the Blue Mic lines below as far as spec and find the mic that works best for you when streaming or podcasting, I use a Blue Yeti mic and I love and recommend Blue microphones wholeheartedly.

Which Blue microphone do you have if you have one, or which one would you get if you don’t?