The BLAST PRO Los Angeles and Intel Extreme Masters in Chicago are just around the bend.

And right now the ESL One in Cologne is starting to reach the climax of the group stage. Counter-Strike: Global Offensive fans will find the odds on their favorite teams at top betting sites across the internet. 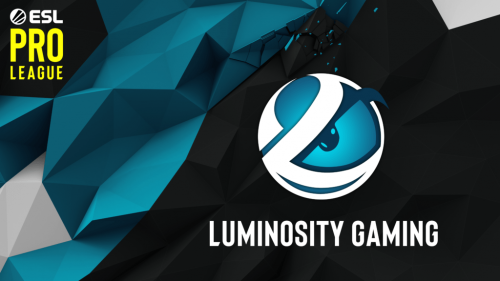 Tuesday, saw Team Liquid put away both MVP and Na’ Vi. Team Liquid is on fire. They have put a massive lead gap between themselves and the next closest competitor, ENCE, by blasting their way through the ESL Pro League Season 9 Finals, and it looks like they have no intention of slowing down to let anyone else catch up.

A few months ago we talked about what it would take for Team Liquid to overthrow Astralis as the World #1. Well, now we’ve seen exactly what it takes. A couple of second place finishes at the BLAST Pro Miami and then BLAST Pro in Sao Paulo, then taking the cake at the Inet Extreme Masters in Sydney and the DreamHack Masters in Dallas. Now they were already sitting atop as kings of the CS: GO hill … but that didn’t stop them from pouring it on at the Season 9 Finals.

Last year’s champions, Astralis seem to have lost their edge. Did they just get complacent with everyone talking –in the beginning of the season– about dominant they are and how no other team has proven that they deserve the top spot? Astralis now sits in 4th place with 540 points, while, Vitality is just ahead of them in 3rd with 545, and ENCE, in 2nd with 547. At this point, Team Liquid has put together eight straight victories, making it nearly impossible for anyone else to catch up. The way they are rolling, it looks they might win the ESL One as well.

All Aboard, Last Train Headed for Chicago

The last ticket to the IEM in Chicago later this month has been handed out. Heroic nearly got the invite, but forZe bested them and hoisted the GG Bet trophy. This is a huge opportunity for forZe to show the world what they are made of while playing in the limelight. Needless to say, this is a big deal for a ‘small’ team.

They join the ranks of Team Liquid, G2 ESports, Team Vitality, Renegades, ENCE, Team ENVY, and MIBR in a classic battle between North America and the European Union. The EU side is definitely stronger, with ENCE, Vitality, and G2 in the mix. But the North American side has Team Liquid, the point-maxed team that is looking to destroy all enemies, and the sixth-ranked NRG isn’t too shabby either. On the tail end of things, Renegades is ranked 15th, and will have a distinct advantage over the 29th ranked forZe, but will MIBR be able to hang with a squad like G2 Esports?

The 2019 Intel Extreme Masters stop in Chicago is a can’t miss event. This is going to be an intense competition and a chance for Liquid to get an IEM Win on their own turf.