Cats are cute in so many different ways. Their fur is so pleasing to touch. Their rumbly purrs can be comforting to hear sometimes. They are choke full of cute characteristics that make humans want to take care of them. However, most of the time, they consider themselves as High Majesty, that humans have to serve them. Hence, they can be wild and unpredictable. They can easily cause a series of catastrophic events if they want to. Are you bold enough to punish them ? Probably not. 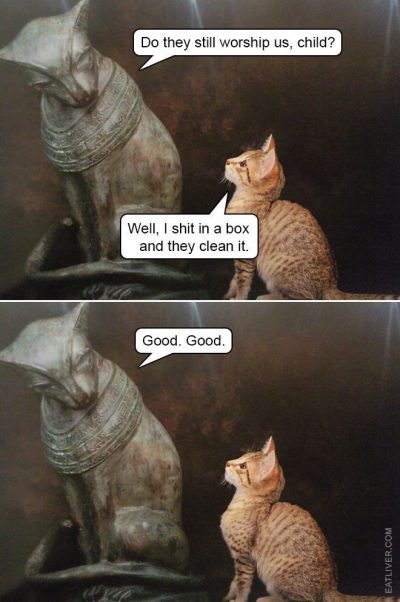 That is not the story in CATastrophe – A game of 9 lives. In this game, each player will take a character as a cat, to survive multiple mayhems, and catastrophic events. The player is eliminated by either (1) losing all 9 lives or (2) meet the Grim Reapurr – the Grim Reaper’s cat. He is as powerful as his owner, and all he does is take the Cat character out of the game. The game will end when all but one player has been eliminated. The remaining player will be crowned the COOLEST CAT (or DOG) in the block. Hooray! 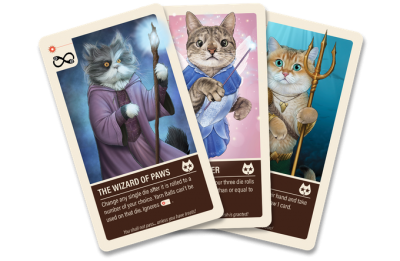 There are a total of three phases in each turn. Players have to perform all the phases in order during their turn. 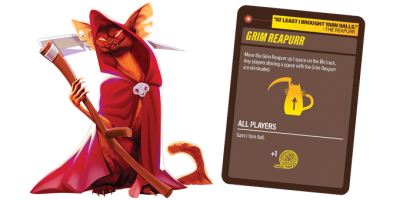 Even though the CATastrophe Phase is the most anticipated phase, it is not the only chaotic phase in this game. Players can also cause multiple chaos in the Claw Phase as well. There are four different types of cards in the main deck: 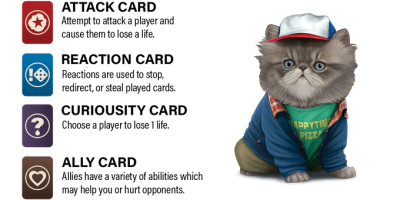 Different types of cards in the Main Deck

In addition to the Main Deck cards, there is also a deck of Power Cat cards. These are unique cards, equipped with special powers and abilities. Although they are one-time use cards, they offer various abilities: from helping your character or, again, hurting other cats.

CATastrophe – A game of 9 lives is a fast-paced Indie card game that packs with tons of perpetual actions for 2 – 6 players. With so many ways to deal and receive damage, the game gives players palpitations in every single round. On top of that, the collection of mini-game blows a very playful but unique wind to this game. Players can actually compete with others to prove why they are worth the COOLEST cat title. This is a good addition for any casual playing groups or family game nights, especially for cat lovers. What is a better way to watch the catastrophe than being the one who caused it yourselves? 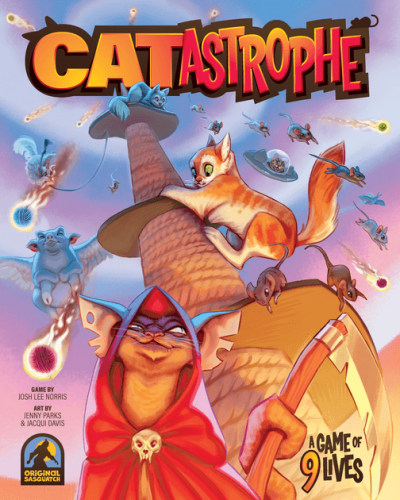