Is Biology your biggest nightmare in school ? Are you curious about how cellulose and photosynthesis work ? Followed up from the success of Cytosis, Genius Games released the next sequel on Kickstarter – Cellulose: A Plant Cell Biology Game.

Cellulose is a worker placement game, which takes place inside a plant cell. In the game, everyone takes turns to activate organelles, to ensure the functional and healthy cell. The game is played over the series of rounds, and each with 3 phases:

The game is over when the Cell Wall is complete. At this time, players will start calculating their Health Points. Player with the most Health Points is the winner.

One of the game’s concepts that I really enjoy is the contradiction between the amount of actions and the amount of Action Spaces to execute actions. Even though there are only 10 total Actions that players can perform, there are ample spots to place the Action Markers. Moreover, at some Actions, there are Small Action Space, which allows only 1 Action Worker , and Large Action Space, which allows multiple different color Action Workers. Not only does this feature present clear advantages, but also it provides incentives for players to compete for better turn order. 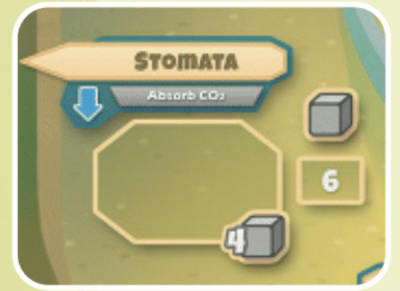 Another concept that I am amazed at is how transparent, informative and pedagogic the game offers, especially via the illustration of the Plant Board. It serves as a tracker for players to collect resources during Sunrise. Unlike the conventional one direction track, the Plant Board is a two-way track instead: one is Shoot Growth track and the other one is Root Growth track. The higher the marker is on the Shoot Growth track, the more Carbon Dioxide players will receive. Meanwhile, the lower the player marker is on the Root Growth track, the more water they will receive. They can also receive the protein based on where they are as well. The combination of these two tracks blends naturally in the flow and the theme of the game. The plant cannot live with the growth of the Root or the Shoot only. It needs to grow in harmony between the two factors. Ideally, players want to move their according Markers to the furthest points on each track. However, the action to advance the track is very limited. There is only one space to advance each track for free, and one space to advance either of the tracks for one protein. In addition to the attempt of making the race tighter, the Plant Board delivers a very educational and realistic idea as well. The higher the cell, the more sun they will receive. Players can also take Photosynthesis action if their marker is on the leaf of the Plant. Meanwhile, the lower the cell in the root, the more water they will receive. 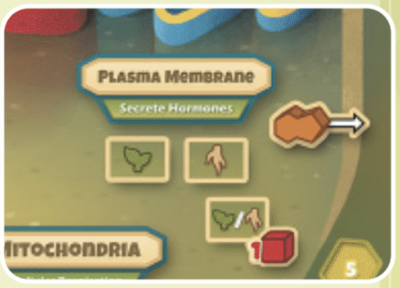 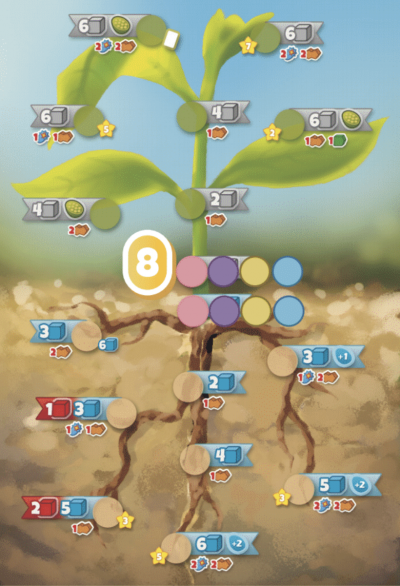 In my opinion, Cellulose is a great addition for family game night, especially if there are young kids. It can also be a good introductory game for beginners of the Worker Placement concept. Besides simple and straightforward mechanics, Cellulose also does a nice job of stepping away from the cliche common theme: war, economy, trains and so on. It aligns so well with Genius Games visions, of producing and publishing more educational but challenging games. I can’t guarantee if Cellulose will increase your Biology grade at school though.

The game is available on Kickstarter campaign until Thursday May 6, 2021 9PM CDT. Link: Kickstarter Campaign