Call out for all tea lovers!!!

Following the success of their two previous campaigns, Dan & Connie are back with the newest one for tea lovers – Chai: Tea for 2. Even though it shares the same theme as the first one, the duel version features totally different gameplays, and more strategic plannings. The best part is the game still maintains the high quali-tea. 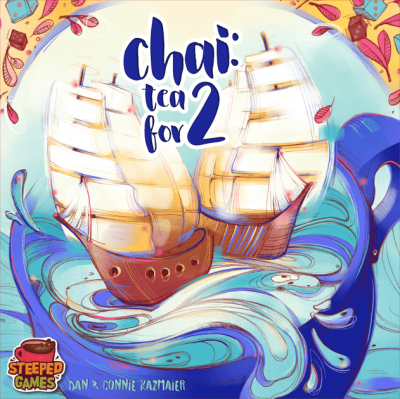 Unlike Chai, players will take part in a different perspective: tea planting and shipping. They will have to compete in a series of years, until a certain number of ships depart. At the beginning of each year, both merchants will gain specific types of tea tokens, depending on where the first player lands the Tea Assistant on. This action also lets merchants move their tea tokens up on their plantation board. As a note, as soon as tea tokens reach the top of the board, it will immediately be shipped to the appropriate boat. Both merchants will start preparing their workers (rolling all 7 dice of their perspective color) for the Tea Worker Actions. 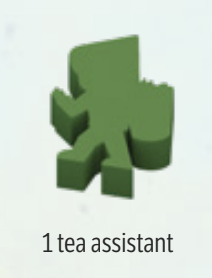 There are five different boards for merchants to send their workers out: 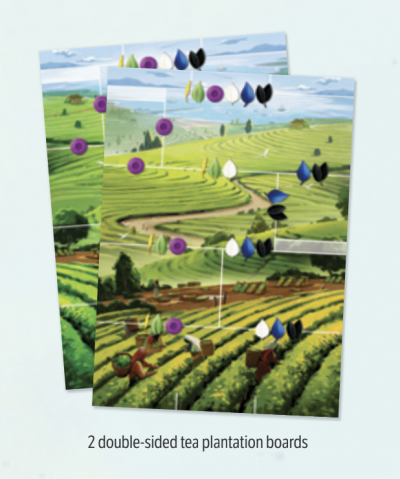 Once both merchants are out of Tea Workers, the year ends. The merchants will repeat until one of them has shipped the indicated value of shipment.

The very first impression from Chai: Tea for 2 is a more strategic gameplay. This game reduces a lot of luck dependent features compared to the original Chai game. Players can always use the Tea Token to modify the value of the die as well. In addition to that, the duel version introduces more conflicts than the Chai game. For instance, each spot on the market can be claimed by only one Tea Worker. Once it is claimed, the player has to wait till next round to compete for the spot again. Another one is the perpetual face off in the Harbor and the Production Board. Players will have to constantly pay attention to the other Plantation Board, to be aware of what they are up to. 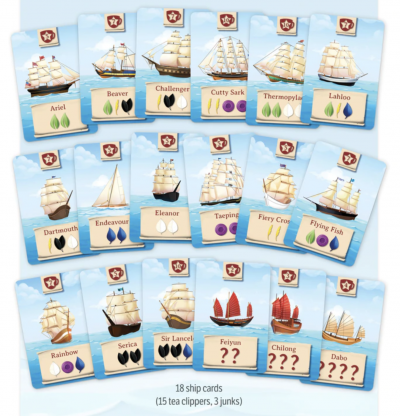 Ship cards in Chai: Tea for 2

The second impression is a nice tidbit of scaling. Both players have to agree on the Ship Goal to end the game. If they want a longer gameplay, they can both select 5 as their goals. Otherwise, they can select 3 to keep the game shorter to enjoy their tea while it is still hot.

Last but not least, the game stands out with its special-tea again, the art. The vibrant colors in the game emerges players into a safe and sound atmosphere. The freshness of the tea leaf, the non-stop negotiation at the harbor, or the sanctuary of the palace, well resemble in this game. Moreover, the illustrations are friendly and informative, which helps players to follow the flows. This makes the game suitable for casual to light gaming partners, who want to relax while playing with a cup of Chai.

The campaign will be available on Kickstarter till Friday, June 4 2021 8:00 PM CDT. Here is the link to the campaign.