Taking a break for excessive reading and writing to your hard drive and excesses strain on your GPU, Ubisoft developed a small re-imagining of the “Assassin’s Creed Pirates”. In this case I am referring to the demo but aside from the demo I referred to taking a break from the hard drive because this is an Browser based game, yup no installs here. It is leaps and bounds beyond what you may think about a web based game, and there is no farming here and no jewels to frantically obsess about, this is Assassin’s Creed. 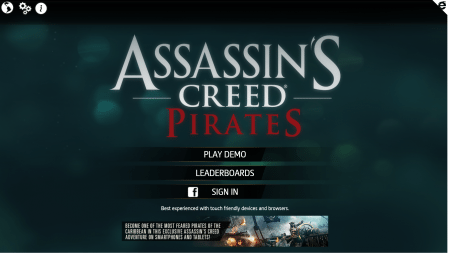 Taking advantage of BabylonJS based off of WebGL JavaScript, and TypeScript running on HTML5, Ubisoft worked diligently to push the boundaries of web browsers.

Assassin’s Creed Pirate is by no means a visually revolutionary game, but it does change the way browser based games are to be thought of. The story line and characters feel like something I would have played back in the day on my 486, no movement, no voice but when you get into the gameplay things change up a bit. 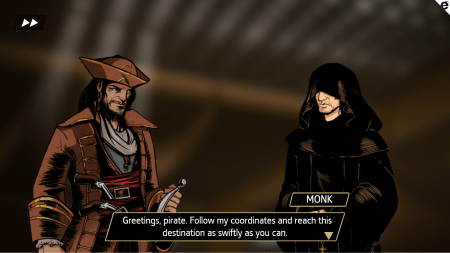 Check out this video of my gameplay to get an idea.

The controls and ship movement felt a lot like playing the standalone version of Assassins Creed, so it was very familiar, aside from the WASD controls although they are adjustable. You can adjust the weather conditions and also adjust the level of detail through a slider bar from low to high, turn off audio and music but that’s about it. It does not take much of a system to run through this.

I played the game on my own PC, a decently powered gaming PC, then I also tested on a very low powered, 5 year old PC with integrated Intel HD video and it played, sounded and looked the same. That being said it does not require that much of a system. This is not the standard Assassins Creed you are used to, this is a racing game. You race pirate ships and can compete with your friends, which does make it pretty fun at times, especially for the competitive ones out there. My personal best was 1:18, what was yours?
Check out these videos to see how the graphics are.

Here you can see the beautiful lighting effects, how the sun looks through the mist.

On this next video I show you exactly what I meant about being able to change the weather conditions.

Enough reading, go ahead and give it a try on the link provided below, but please make sure to come back and comment, let us know what you think and if you see potential in this project.
http://race.assassinscreedpirates.com

Content Creator/Owner of https://t.co/kw5uyPjwWQ for Tech, Game, Entertainment and streamer at https://t.co/e072uYSy5Y
How To Use SFTP To Securely Transfer Files With A Remote Server https://t.co/A2nP1PktB7 - 7 hours ago