How to Choose the Best Gaming Laptop

My very first laptop had windows 3.1 on it, had a black and white screen, and was lucky to be capable of playing solitaire. In those days, that was an amazing accomplishment. A friend of mine even managed to find a “Portable” computer that weighed in at 50 lbs., and had a 4-inch screen, while it was great for gaming, (old school C-64 gaming), it was not really a great computer to cart around. 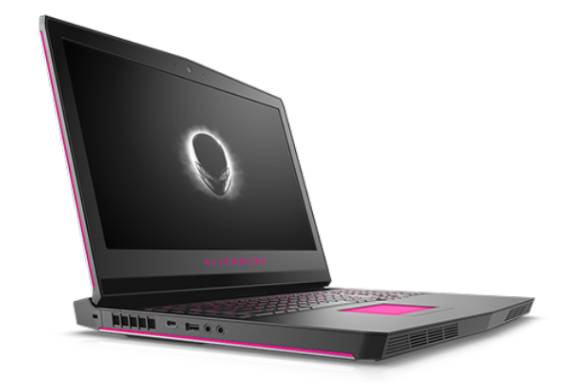 Before you can play any of the more modern games on the market, you need to know what specs your particular game requires.  Choosing the right specs is not always easy and if you have simply heard about a game, but do not own it yet, how do you know what specs it needs?  You could spend a great deal of time tracking down the manual for the game, or sifting through endless bits of data, or listening to friends argue over the merits of this verses that computer hardware, or you can do what I did, and go to a web site like game-debate.com to find the answer.

On this site, I can look up the game I would love to play, and discover the minimum and maximum requirements for playing. For my search, I chose a game I have played well on my desktop even though it says it will not run at all on my PC. This site shows Intel and AMD options for CPU, as well as Nvidia and AMD graphics card options. It also allows me to choose a “Build It” option to build the perfect pc just for this game. While that is ok, I found another site that takes it a bit further and one I really enjoyed looking at.

The main reason I like this “other site” is simply that when a game site suggests a PC to use, it is often based solely on their preference of brand and specs which could also be influenced by sponsors. It is much like walking into a store that sells PC’s, and seeing that the selection is geared to only one or two brands, many times only based on what is trending right now, what is new right now, and what is most profitable for the store right now.

My personal computer is quite old (2011), yet is able to play some games that came out only recently. My daughter owned a newer PC yet could not play the newer games even though she thought her computer would. So how do you compare brands? How do you compare computers with the same or similar CPU’s? What if you have more than one spec and you wish to know what are the best gaming laptops specs and prices that will meet those gaming requirements? How do you know exactly the what abilities the GPU really has?

So it doesn’t matter if you are going to compare the best HP laptop computer configurations or look at another brand, you can find quite a lot of information on SpecsPro.net.  This web site is amazing and really gives more than many other sites do with regards to the computer you looking at. I did a search based on one of the requirements for the game I was looking at. It needed an i7 CPU at 2.8Ghz or better. I located 3 possibilities, the Asus ROG, a Dell Inspiron 15, and an MSI WT72. 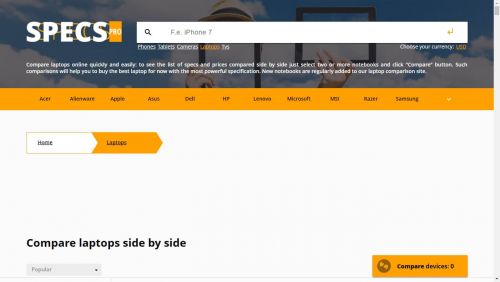 Out of these 3, I then searched the next requirement which was the graphics processor. 2 of the laptops I selected have that card or better so, in only a few minutes, I narrowed down my search and found two possible options.  For me, this is great. It took a lot of guess work out of the equation and I like that. Had I known of this site before, my daughter would only have had to make one computer purchace rather than 2, trying to get the one PC she thought was the right one for the job. 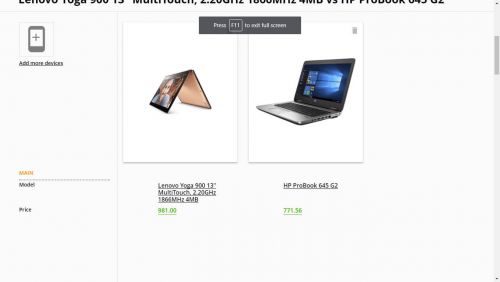 After that, I could choose one of the three and get rid of the two I do not want. I could then do a search for the AMD CPU specs and compare the Intel versus the AMD possibilities. While I know some are all Intel, and others are all AMD, I can go either way. For me the price is king, and this tool really narrows down my options, as well as showing me brands I might not otherwise have known about. 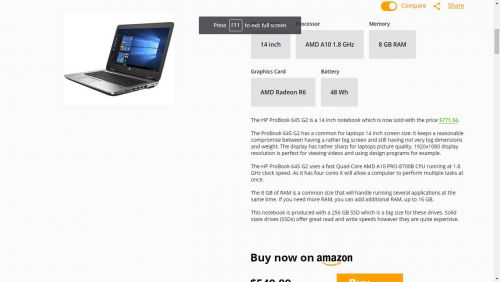 I know that this was not a detailed AMD versus Intel CPU discussion nor was it an Nvidia versus XYZ brand graphics card discussion. In the end, we all have likes and dislikes. My purpose here was to share how I would go about determining what I might need based on what games I might like playing. Then what site I would look at to compare features on laptops, before spending my hard earned money on one I may be forced to return, or one that I really do not need.