I have spent a good deal of time with the Brainwavz B200 high fidelity earbuds recently and have to tell you that out of all of the earbuds that I have used over the years, these by far produce the best sound and make listening to my music while going out on jogs and walks a pleasure.  They also make listening to my audiobooks sound better due to the crisp and clear highs and lows the B200 earbuds produce. 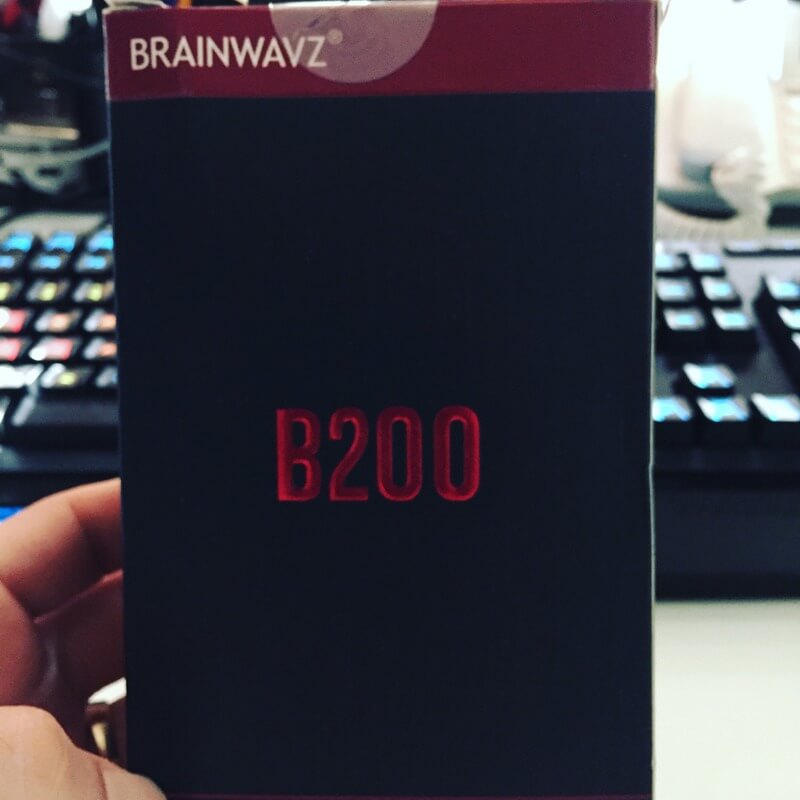 When you open the box for the Brainwavz B200 you are greeted with the shell case that contains your earbuds and a pack of additional earbud tips.  It also includes a separate pack of earbud foam tips which are noise cancelling in that they conform better to the ear canal and are thicker completely blocking out sound from entering your ear from outside the buds. 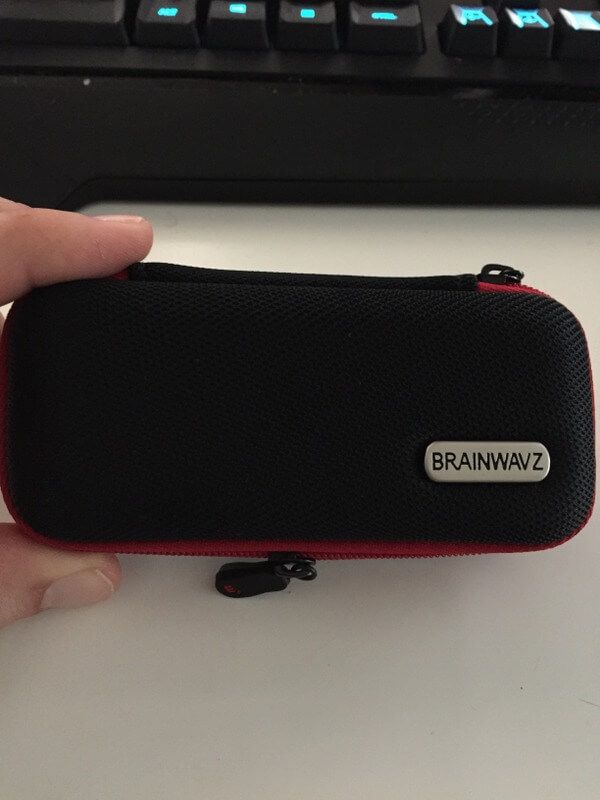 The shape and design of the earbuds which insert into the ear and the cord hooks around the back of the ear works very well, they stay put and they do not fall out even when doing very physical activities like jumping jacks, running and other exercises that move your arms and body a lot.  They include a pair of noise cancelling earbud tips which are a more flexible foam that conforms and blocks more sound from entering the inner ear from outside sources as well.  These are very effective at drowning out sounds coming from around you. 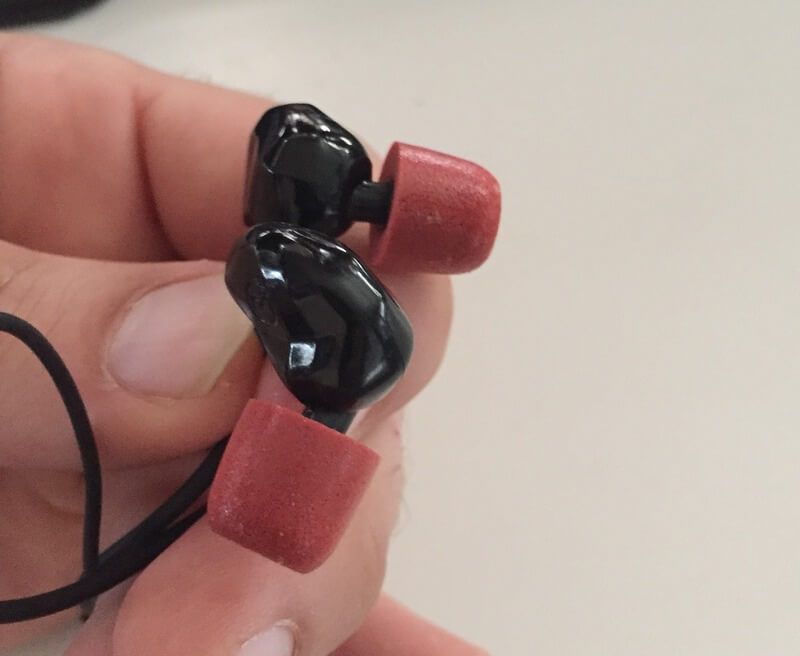 I spent a lot more time reviewing these specific noise cancelling earbuds because they are the ones that are supposed to help with reducing background sound and I used all the earbud tips in my review, but most of my comments will be around these tips.  All the earbud tips work fine, these specifically are effective and I can confirm they are effective at keeping you uninterrupted when listening to music or audio books. 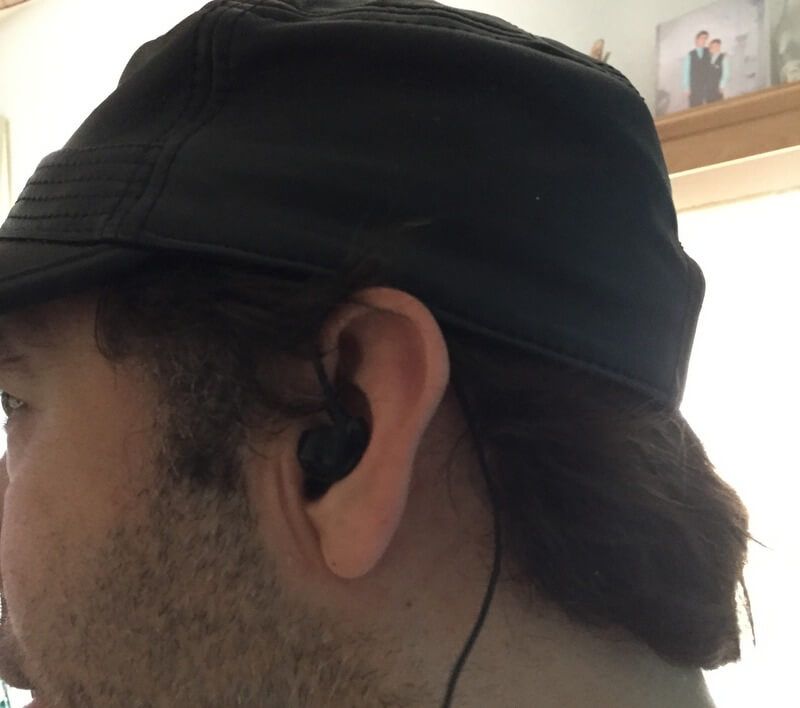 The Brainwavz B200 High Fidelity earbuds are shaped a bit odd in design and this is because they are designed to seat in the ear and conform into the ear canal with the cord running up and around your ear lobe. 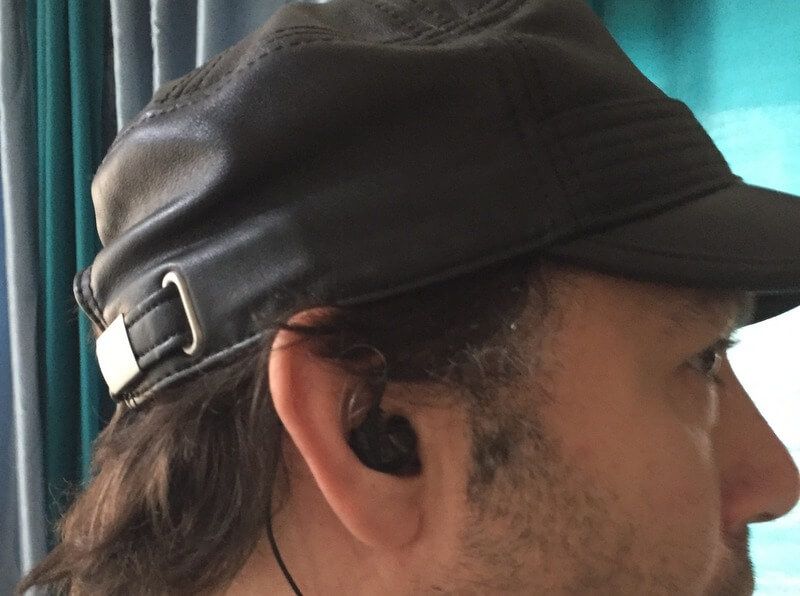 They do fit in my ear very well and even better they stay put even when doing vigorous jogging, running and exercise.  I wore these earbuds for approximately 25 runs/jogs and walks spread out over 2 months and can say with certainty these are the best sounding earbuds I have ever reviewed.  The bass is tremendously deep and clear, and the crisp highs are also fantastic.  No other earbuds have sounded so close to the highest quality headsets as these to me. 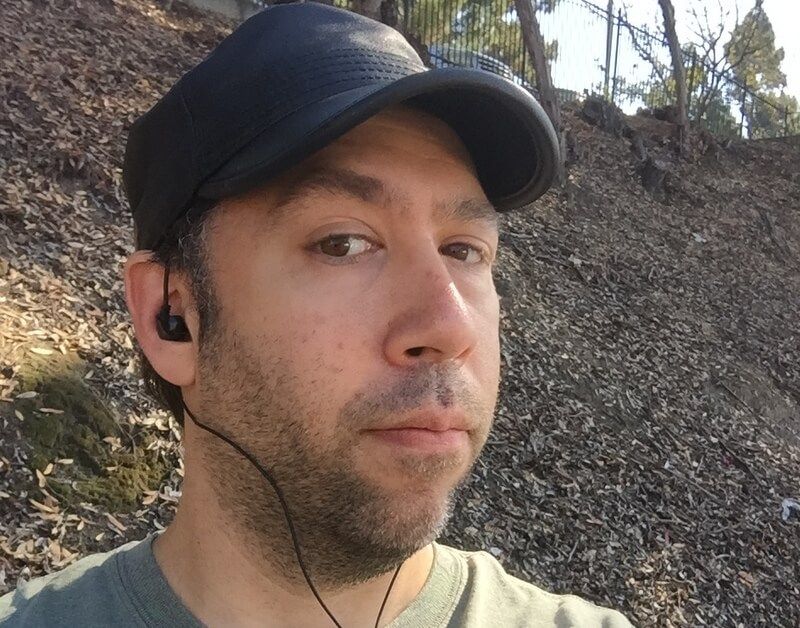 I do listen to a lot of audio books as well as music, and the voices are clear and crisp making it a more immersive experience to me.  The earbuds include a clip to keep the wire attached to your shirt, but if you are running I still think it is better to run the cord inside your shirt to prevent it from whipping up and down a bit.  They do stay put on the ears though and they will not fall out even when vigorously bouncing my head.

Now the Brainwavz B200 are fixed corded earbuds that are high performance but there was one major missing feature that I wish they would have, especially considering the price comes close to $200 which make them extremely costly.  The cord has no control box on it that allows you to raise the volume, lower the volume or more importantly to even pause.  You are stuck having to use your phone or device, and when I am jogging with my phone on my hip in a belt clip I don’t want to pop my phone out of the clip to pause or adjust the volume.  To me this was a major feature which is so common in budget earbuds, I can only assume it wasn’t included to keep the signal clear from tip to plug without any interference or loss of signal from using a control box but still.

The other thing I found was though these earbuds are amazing at preventing me from hearing outside sound, they do have sound leakage and it was slightly worse than the Brainwavz M100 earbuds which at $100 cheaper I found to be almost equal in sound quality and have a control box and better sound containment from outside ears.  The only bad thing is the M100 earbuds are not designed to conform and stay put inside the ear while you run, they won’t stay put when being physically active and are better designed for sitting still and listening in my opinion or doing regular walking.

In all my testing of earbuds over the past several years I do think the Brainwavz B200 are amazing, but for the price I can’t justify recommending them over the M100 unless you really have the extra bank for a fantastic design and fit in the ear.  If only Brainwavz would have combined the best features of the B200 and the M100 they would have the ultimate earbud pair.  So as a result these get a 4 star rating from Dragon Blogger.