With the gaming industry entering what feels like a golden period, it is no surprise that new advances in technology may just make gaming more accessible and games more convenient to play. Currently, streaming has been dominating the movie and music industry. The gaming industry’s sister company, the gambling industry, has also enjoyed the benefits of being able to stream gameplay – with PartyCasino and other forward thinking brands already utilising the technology to offer a enhanced online gambling experiences. This is especially the case in terms of tournaments and competitions.

It was not a massive shock to gamers then that they were due their turn. The industry is preparing to launch cloud gaming that may change how we game from now on. It may be game over for the games console… 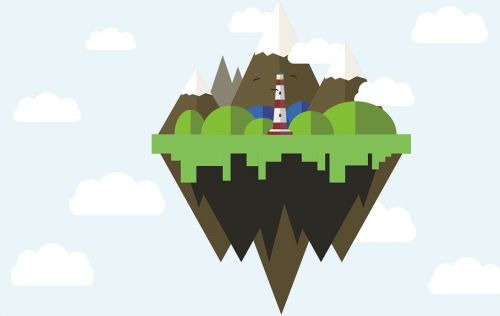 What is Cloud Gaming?

When most of us game now, we are perched on the edge of our recliner possible wearing a headset and facing a TV and chunky game console. Without the console we use to play the game, it would not be possible to enjoy the cool narrative and awesome graphics – until now.

Cloud gaming works by removing the need for a games console and replacing it with a server in some sort of serving farm. Players would be able to play (most of) the same games on their TV, tablets and even smartphones without the need for hardware. Instead, everything will runt through the cloud hosting the games.

The obvious benefits to cloud gaming would mean less space is needed underneath your TV and gaming becomes more practical and possible when on the move. There is also an argument that cloud gaming will be cheaper because any cloud subscription costs would be far lower than having to buy an expensive console – and there would be no immediate significant cost to pay off. Ultimately this could welcome new gamers to the frame and even make gaming affordable in less economically developed countries.

What Problems May Cloud Gaming Face?

The biggest obstacles facing firms trying to make cloud gaming a worldwide reality are the screen resolutions that will be needed to play these games on smaller devices. Not to forget the troubles with ensuring most players will have a strong and powerful internet connection that enables them to play these games on the bus or in the park.

A third issue they cannot overcome but may be seen as impractical for gamers is they will still need to use a controller. Carrying a controller around may also be seen as an inconvenience. Due to these issues, it has been understandably left to the biggest companies in technology and gaming to take on this feat.

Microsoft is one of the frontrunners in cloud gaming with its Project xCloud. They claim that they can help gamers play all 3500 games from an Xbox catalogue and almost 2000 more. Google has also staked a claim in the market and has already put their cloud gaming service up for sale to those wanting to get in early.

Is this the start of yet more fierce competition between the two? The space race of cloud gaming?