With Amazon about to release the all new Kindle Fire tablet for $49 I thought it would be prudent to showcase the features and specs some tablets that you can now find for that $50 price mark.  Tablets once costing hundreds of dollars now are so inexpensive relatively that nearly every household has more than one, and make a great gift for kids.

First up is the New Amazon Kindle Fire 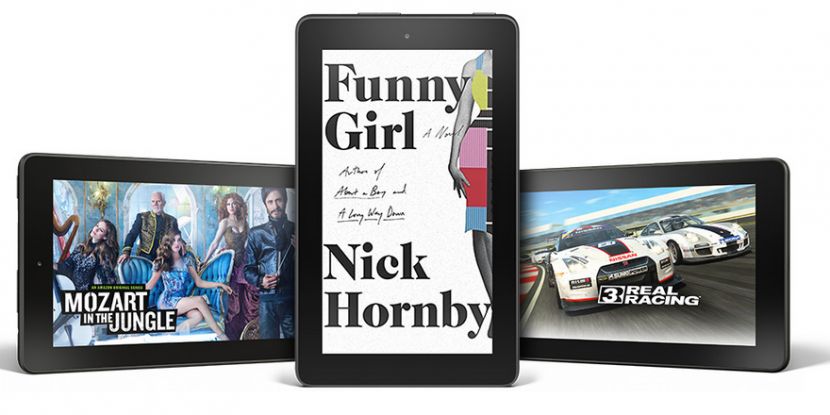 So the New Kindle Fire is a 7″ tablet that has a screen resolution of 1024 x 600 IPS display with 171 ppi making it perfectly crisp for a screen this size, but not as high resolution as the Kindle Fire HDX line of tablets.  It does however comes with that $49 amazing price!  You get 1GB of RAM but only get 8GB of storage however, with how Fire OS handles storage of applications means that you get far less for installable applications which is a catch.  But it is the only Kindle Fire model that has an SD Card slot where you can put in up to 128GB of additional storage, I haven’t tested the application migration to SD Card, but if this works properly this could completely negate your storage issue for a few extra bucks.  The quad-core processor is 1.3ghz and you get Amazon Cloud Storage (unlimited) and Amazon Prime music will soon let you move your songs to the SD Card instead of requiring they be on local storage which will also solve some storage issues.

As you may already know, Amazon Fire OS is Amazon’s customized Android OS and it has a very different look and feel than the typical Android OS.  This is good if you want something simpler and easier to access all your items on a carousel instead of hunting through tiny icons in folders, but it also means you get Amazon’s App Store which tends to have a lot of high quality curated content on it, but far less content than Google Play does.  Most applications in Google Play you can download the APK and install on the Kindle Fire but not all of them, so this is something to consider.  Considering some of the really trashy apps in the Google Play store, I honestly think the Kindle Fire device is better suited to younger kids (under 10) and is a great tablet because it comes with Bluetooth as well and honestly if you have Prime you get a ton of benefit with video content, book content and more features from Amazon.

They also have a really interesting special, if you buy 5 Kindle Fire devices you get the 6th one free!  This means you get 6 tablets for $250 and you literally can get all your family gifts, including the ability to share a PRIME account with the family so this ties very well together.  Now, you have to pay $15 more if you don’t want the ads based screen saver, but my kids are used to the ad screen saver and just ignore them. 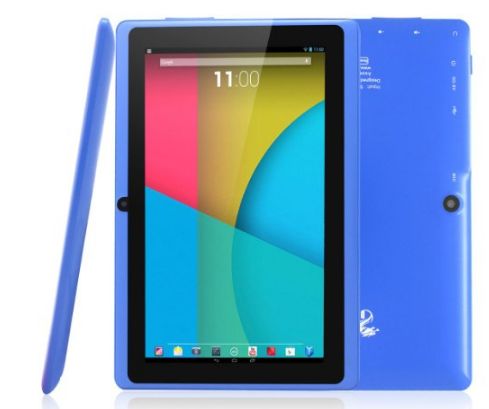 You do get quite a few color options with the Y88X including Black, Blue, Pink, Green…etc.  It also includes Zoodles the excellent Free and Pay Kids Zone which supports Adobe Flash based activities for kids to enjoy the tablet.  The Kindle Fire Y88X tablet also has a 1024×600 screen and 8GB of Storage but includes an SD Card slot for additional Storage.  It has 512MB Ram which limits what can be installed and run on the device compared to the Kindle Fire and the quad-core processors are not as powerful as the Kindle Fire in the same price class but you get full access to Google Play and Android unlike the Kindle Fire.  This means you have tens of thousands of more titles to choose from natively and the camera is on par.  Tablet Express has a 1 year limited warranty compared to Amazon’s 90 day warranty but neither includes drops or damage only defects. 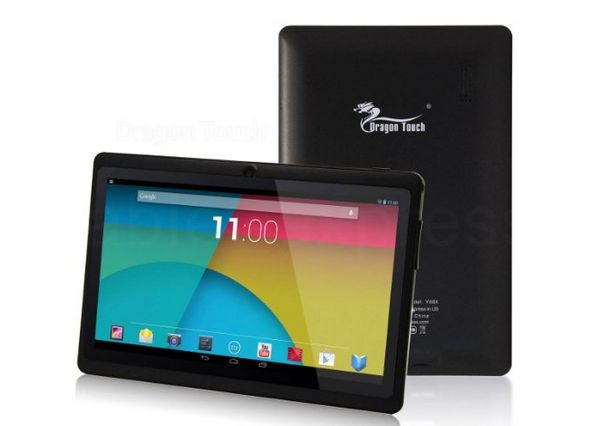 For $10 more you can get the improved Dragon Touch M7 which has 1GB of RAM and higher quality screen with 178 degree viewing angle as well as having HDMI output. 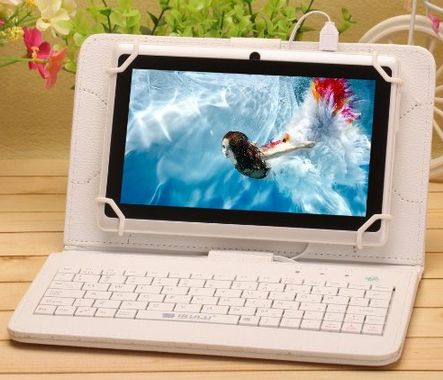 For $46.99 on Amazon right now you get the iRulu X1S Quad Core Android Tablet which also includes a keyboard/cover case.  It isn’t bluetooth and it requires taking up your MicroUSB slot while in use, but still is an extra you get that isn’t include with the other products.  The quad-core processor runs at 1.5ghz and it has 512MB of RAM as well.  The 1024*600 screen is comparable as are the camera and other features. The battery life however isn’t even in the same range as the Kindle Fire, with advertised 5-6 hours of battery life this is about 33% lower range of capacity than the Kindle Fire tablet which is a trade off.  Like the Dragon Touch Y88X you get Android and Google Play and have the 8GB storage and SD Card expansion like the other tablets as well. 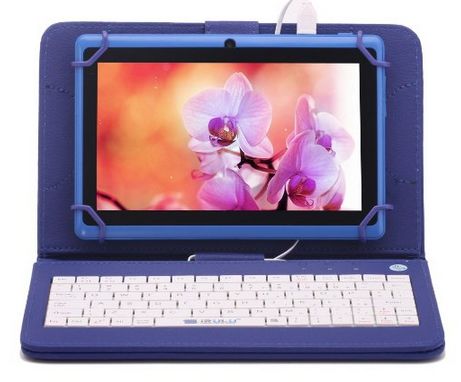 Looking at power, specs, and battery life alone, it would seem the new Amazon Kindle Fire is the best bang for the buck tablet you can get right now, provided you want the FireOS and lock screen ads.  If you don’t the Dragon Touch tablet is a great choice with Zoodles, there is even variations which come with silicon gel sleeve for a few extra bucks which are worth it too.