LONDON – June 27, 2018 – Cosmos Invictus, a new sci-fi CCG focusing on mech combat, is launching today on Steam Early Access! Developed by UK studio Pegnio and featuring tactical elements not found in traditional TCGs or CCGs, Cosmos Invictus allows players to carefully position their mechs in formation (a first for the genre) – while offering customizable spaceships, unique pilots, and random events that can drastically alter the course of each battle.

In the 25th century, Earth has undergone drastic climate change – forcing humans to evacuate the planet to colonize the rest of the solar system. Soon, it becomes clear that “our” solar system had in fact been visited (and exploited) by alien races long ago – with ample evidence of non-human monuments, relics on the surface of far-distant moons, and scattered remains of advanced technology.

Alien races were indeed drawn to our backyard – if not Earth itself. They were searching for incredibly energy-rich rare solar elements (RSEs) that could be found in earnest throughout the solar system. The discovery of RSEs and alien tech has changed everything – causing an unavoidable, painful split between two rival factions: the Gaia Unity, an Earth-wide alliance dedicated to gathering space-born resources; and the High Frontier Alliance, a coalition comprised of first-generation off-world colonists and their descendants. The factions fought viciously over how best to exploit these new discoveries – with heavy casualties on both sides … and no end in sight. 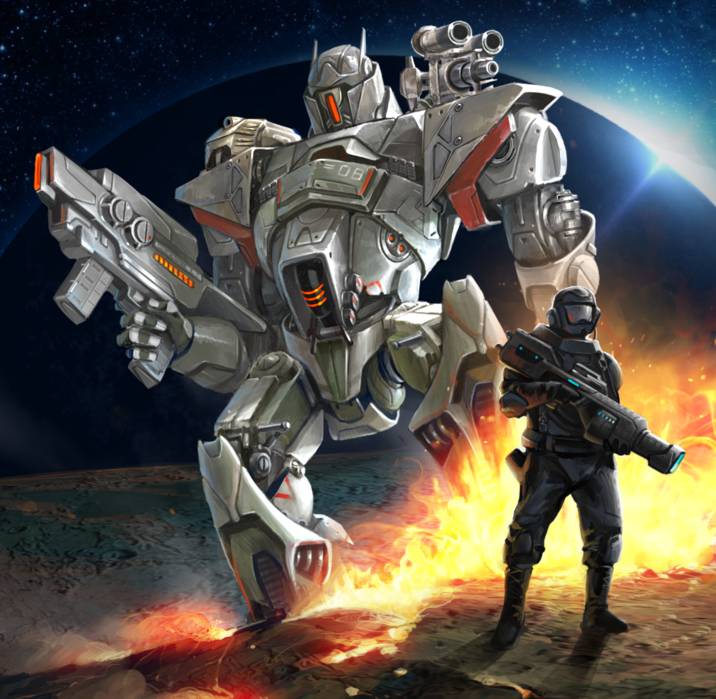 As the captain of your very own spaceship, you must help your faction win the war by attacking your opponent until their ship’s hit points reach zero. Each faction boasts its own set of core ideals and unique cards – a combination of onboard weapons, mechs (the game’s battle units), and events/pilot cards that attach to already launched mechs and act as modifiers. It’s crucial to carefully select the best formation and position for each attack run. Determining when and where to strike (while providing yourself with adequate defense) is a must. You can also go head-to-head with other players in the PvP BattleZone arena, face off against the AI in solo mode, or scout out challenges for a number of profitable rewards.

“Cosmos Invictus stays true to hard sci-fi with a realistic backstory and setting not unlike beloved TV shows like The Expanse,” said Kostas Vlassis, founder and CEO of Pegnio. “The game offers players a unique blend of strategy and fun – with innovative CCG gameplay, fully-customizable ships, and the addition of ‘hero’ units (mechs) that can actually perish in battle and leave your spaceship exposed to deadly counter-strikes. You’ll find all this and much more in Cosmos Invictus.”

Founded in 2015 and based in London, Pegnio is a young, ambitious game development studio dedicated to creating addictive and fun collectible card games. Aiming to redefine the CCG experience, Pegnio combines stunning art with gameplay and strategic features not usually found in other titles in the genre. To learn more about Pegnio and Cosmos Invictus, please visit http://pegnio.com and http://cosmosinvictus.com.