With the Creative Soundblaster EVO ZxR I had the pleasure of reviewing the best headphones I have ever tested over the past few weeks.  This is among the highest end Bluetooth headphones you can buy and it designed around sound quality, comfort and cancelling noise around you.  These headphones work with any Bluetooth enabled device including PC, Mobile devices and will plug into your PlayStation 4 via the provided audio cable but Bluetooth profile support does not exist for the Creative Soundblaster EVO ZxR on the PlayStation 4 so you won’t be able to get Bluetooth support though it works great as a plugged in headset and you can configure settings via the Creative apps on  your phone and I will cover this later in the article.

First the unboxing and showcase of the Soundblaster EVO ZxR

These headphones feel amazing and are soft, comfortable and I had no problems wearing them for 5 hours at a time in long car trips with no ear fatigue or pain at all.  All of the controls for the headphones are found on the right ear cup. 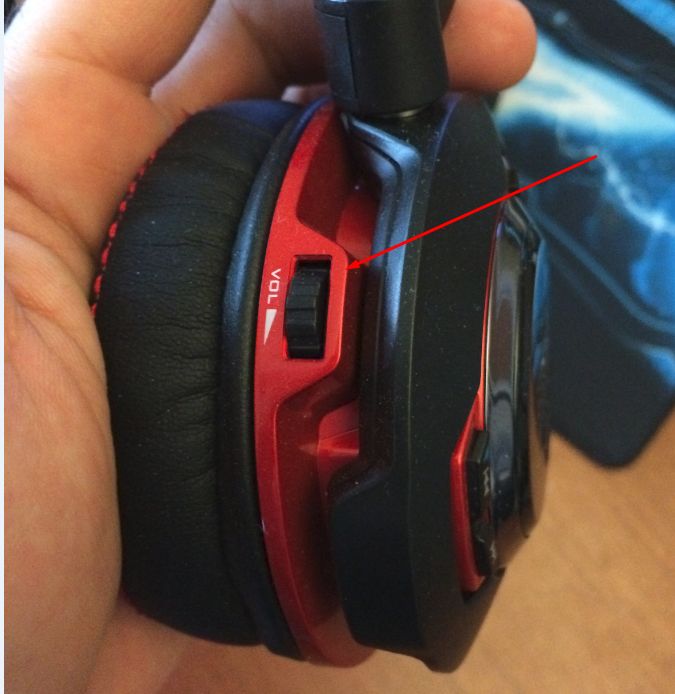 You have your volume dial which allows you to slowly or quickly raise or lower your volume of the track you are on.  This one is easily accessible by your finger and muscle memory on location comes quick. 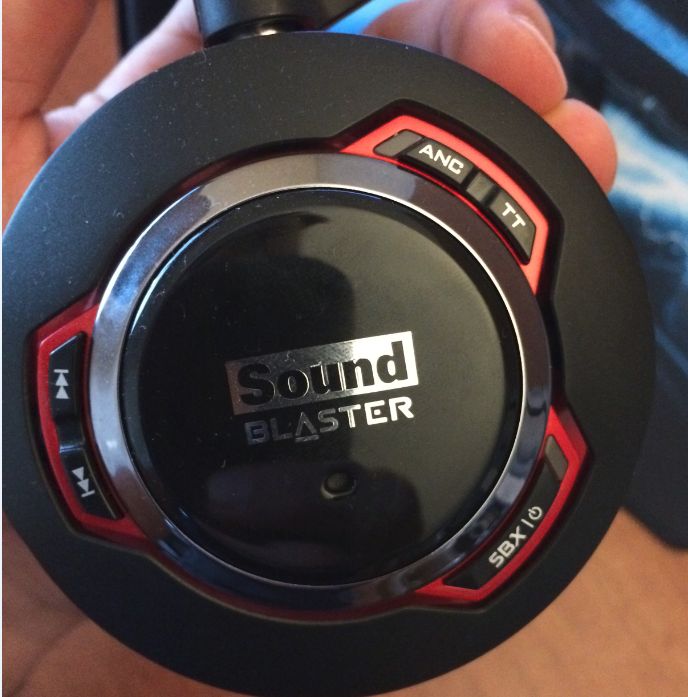 On the side you have your track skip buttons which can skip or fast forward depending if you tap or press them down.  You have your SBX power button to power on or off your device.  And you have the ANC (Noise Cancellation) and TT (Talk Through) buttons which I will talk about more.  Pairing the Creative SoundBlaster EVO ZxR is just as easy as with any other Bluetooth device, you simply power it on and will see the blinking blue light coming from around the circle around the SoundBlaster symbol.  This SoundBlaster symbol is also your play/pause button and you can hold it for a long period of time to force it into Bluetooth pairing mode as well. 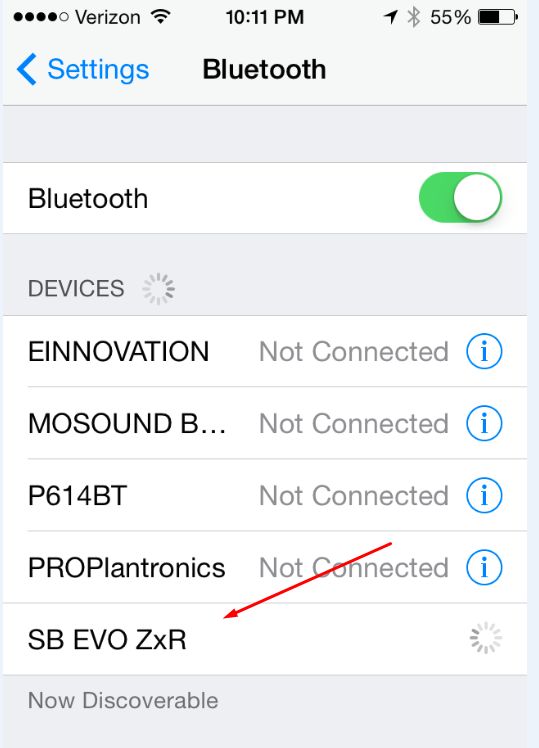 I had no problems pairing the device with my laptop, iPhone, Kindle Fire HDX via Bluetooth but I did notice that it had trouble with older Bluetooth 2.1 receiver on my PC, when I put in a new Bluetooth 2.4 receiver it paired just fine.   I played Spotify, iTunes, Audible audio books and various categories of music without issue and in fact the sound was so clear, so strong that I have not heard better sound from any other headset that I have previously reviewed.

I had many trips to California where I drove and was a passenger multiple times for 6 hour car rides each way, and I found the noise cancellation feature to be absolutely fantastic. With a press of the ANC button nearly all ambient noise from the road and car disappears and you have near total silence, and this is doing 75mph on a freeway for hours.  The audiobook I was listening to Prince Lestat was crystal clear, without the slightest outside noise interfering with the narration.

When someone wants to talk with you you simply pause what you were listening to and then click the TT (Talk Through) button and suddenly you hear everything around you much louder, so you can talk to anyone without having take the headset off.  I cannot tell you enough how much I loved the ANC feature of these headphones and they were ideal for driving and I imagine equally so if you are on a long plane flight.  I wore this headset for 6 hours in a row without the slightest bit of ear fatigue or ear pain and it is incredibly comfortable to wear for extended periods of time.  It also snugly fits well enough on my head when wearing a hat that I can jog around my block a few times while wearing them without them falling off, though if you tilt your head or have a small head they may slide off, they aren’t designed to be used while running or working out.

I have not yet tested it with the PlayStation 4 but I can tell you that it works with the manual AUX input to the PS4 controller, PS4 Bluetooth does not recognize this audio device and you cannot Bluetooth pair the Creative Soundblaster EVO ZxR with the PS4 which was a little bit of a bummer.  Creative tells me this is a limitation of the PS4 Bluetooth driver and what it can support, perhaps Sony will release an update to support more premium Bluetooth headphones instead of only headsets.

On the Creative Soundblaster EVO ZxR the microphone quality is where it gets a little iffy, and I had multiple calls while in a car where the person I was talking to said my voice sounded very muffled and was hard to hear.  It was hit and miss and if there is any background wind or noise it really isn’t cancelled enough or filtered enough to give you a crystal clear voice. The two microphone holes are just holes on the top portion of the right ear cup, I felt if they would have added an attachable/detachable microphone that could be looped around in front of your mouth it would have made the headset perfect for doing full hour long conversations as well but the microphone is just passable in my testing.  I have not yet tested the microphone as part of the PlayStation 4 recording and will do that in a follow up article.

Configuring and Settings for the Creative Soundblaster EVO ZxR

The Soundblaster app whether on the PC or iOS gives you a great deal of control over the sound coming from your EVO ZxR headphones.  I mostly used the iOS app on my iPhone 5S which is what my Creative EVO ZxR was paired with most of the time to listen to music and audiobooks. 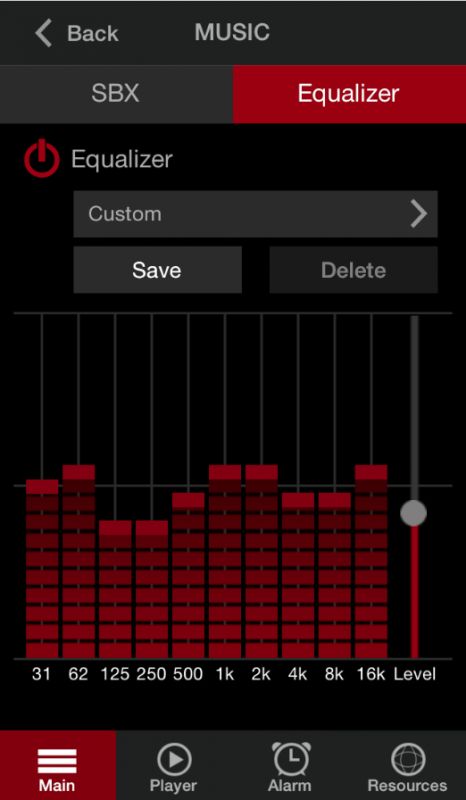 You have full control over the equalizer which gives you the ability to tune the sound exactly how you want it.  You also have profiles you can set and individually configure as well.  Though I will have to admit I didn’t do a lot of individual tweaking in the equalizer during my review, I just didn’t have to do anything but select the default profile which matched what I was listening to and I found it sounded great. 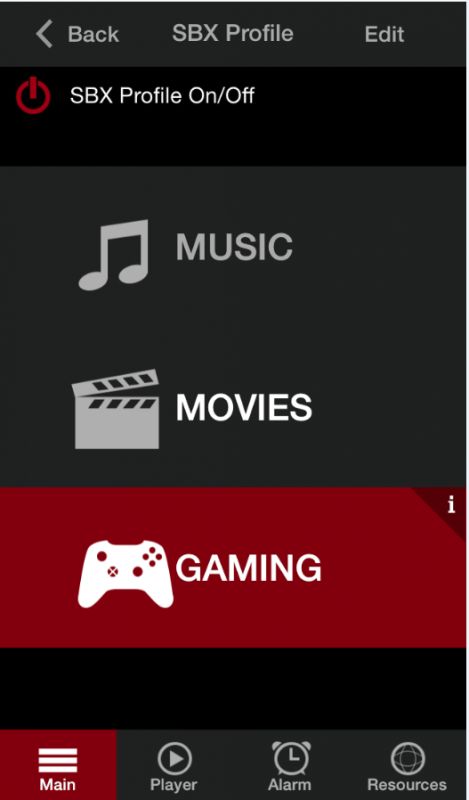 The Sound Blaster VoiceFX app is a fun little app you can download and install which alters your voice so that you can sound like an Alien, Orc or more.  It works well and the sound effect quality was better than some that I have tried, though again the mic itself can sometimes be spotty unless there is no wind or background noise to disrupt your voice. 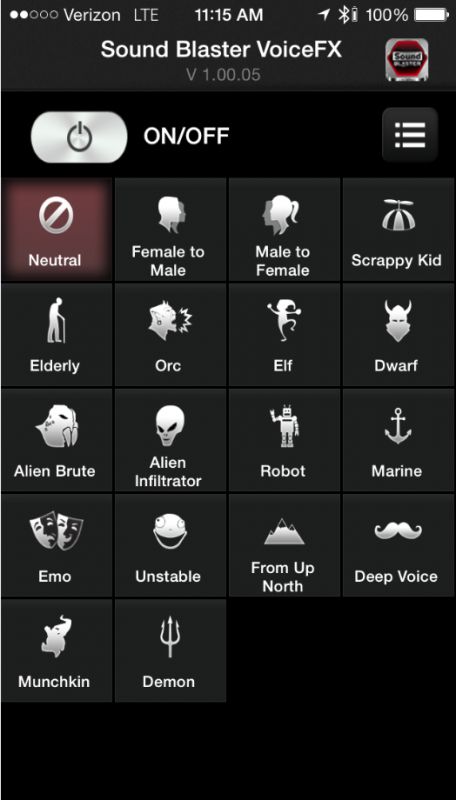 Again as stated earlier the Creative SoundBlaster EVO ZxR headphones were the best sounding headphones I have ever reviewed, the noise cancellation worked very well and these headphones can be worn for many hours and be perfectly comfortable causing no ear discomfort.  They are a premium quality Bluetooth headphones and work flawlessly for me when paired with a Kindle Fire HDX or an iOS device like an iPhone or iPad. 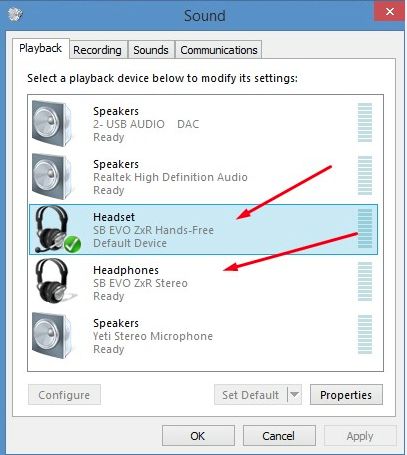 Well, the reason why the Bluetooth version doesn’t sound good is no matter what I do and even with the Creative drivers, it only shows up as a single channel 16bit audio device to the Windows 8.1 PC.  For this reason alone the quality of the audio for games and music players like Spotify are degraded, though I believe this is a driver issue and it may be possible new Bluetooth drivers that support dual channel audio in the future will work with Windows. 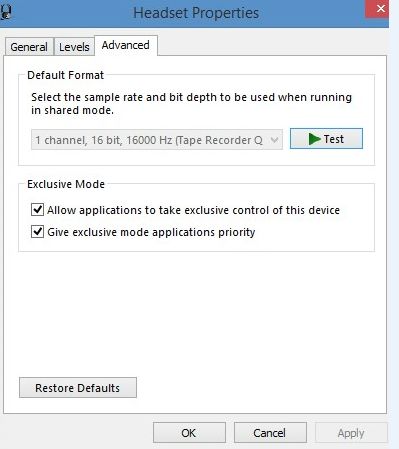 You get no limitations just incredible sound in Windows when using the Creative Soundblaster EVO ZxR as a USB headphone pair however, though you wouldn’t spend this kind of money for a wired pair of headphones, know that this headphone set is designed for mobile devices but can act as a perfectly capable pair of USB headphones for your laptop or desktop too.  They also support 7.1 surround when used with the PC and plugged in via USB. 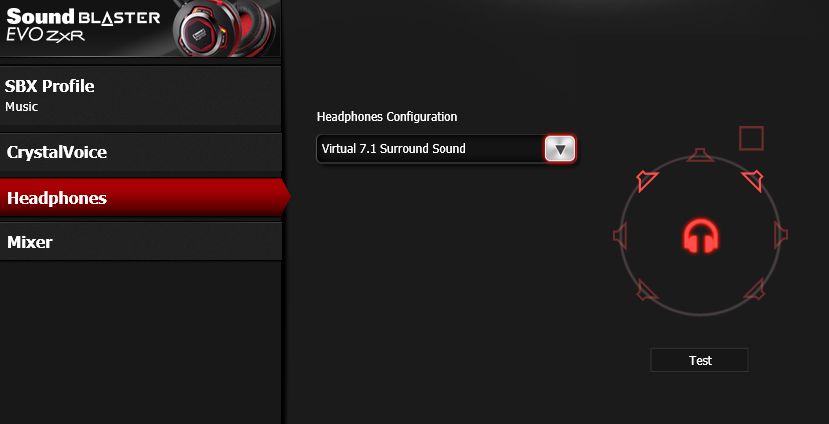 The headphones sounded much better than all previous gaming headsets I have used including some major known brands, but again it must be wired for the PC to be used as headphones.  The cord does get in the way a little bit and is annoying, but it sounds great and does work.

Overall I thought the headphones offered a fantastic listening experience with pretty good noise cancellation that made listening to music or audiobooks a pleasure in 6 hour car rides, they worked very well as PC Gaming headphones when they were wired and plugged into the USB port but the lack of proper Bluetooth audio drivers mean the Creative Soundblaster EVO ZxR is wireless for mobile devices but wired for your PlayStation 4 or PC Gaming headset needs.


A reader asked for a sound test showing the difference in microphone quality so I did a little audio recording below, the first 8 seconds are from my USB Yeti Mic, then I switch to the Creative EVO ZXR Headphones and then tweak the sound quality a bit.  I did no audio filtering with Audacity or background noise removal.  Note, the Creative EVO ZXR sound a little more deep/bassy but I think some tuning could get it sounding even better.  It is surprisingly good considering the microphone is just 2 holes on the ear cup and doesn’t come down and around in front of your mouth.