Defiance is a game that released on the 2nd of April by a company called Trion Worlds. The game has an open world environment where various aliens prowl. You can do what you want in this open world whether it be doing quests or killing monsters. The game allows players to create characters who are all unique with a big customization choices at players finger tips. The weapons you find can be upgraded in many ways with different choices like different barrels and accessories. Players can play solo or team along with their friends. The world is claimed to “evolve” and change around how the television series plots out, with the landscape altering and different monsters appearing, this is arguably the most interesting fact about the game and this alone should make the game much more original and not bore players. The game is set in third person mode which is quite controversial since most mmo’s are standardly first person especially since this is a shooter mmo however this may not be for the worst since this allows to have a more aware field of vision and also may player vs player combat fun and interesting at the same time. 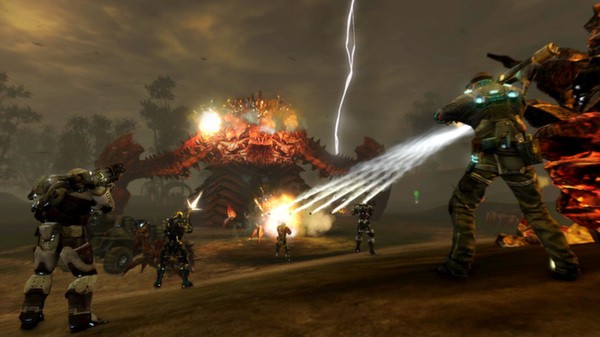 The game comes in two forms, standard and the deluxe edition which includes a load of extra features for players to enjoy. These features include:

The game looks as if it could do well and with the boost of the TV series, possibly stay for longer than that of other notable companies mmo’s, perhaps this could be the future of mmo’s, with a constantly updated world and more monsters appearing here and there allowing for a fresh, intuitive and visually appealing game.