Our friends over at New Trent sent us over the NT600C Chargepak to review and one to giveaway in a sweepstakes to the Dragon Blogger fans. 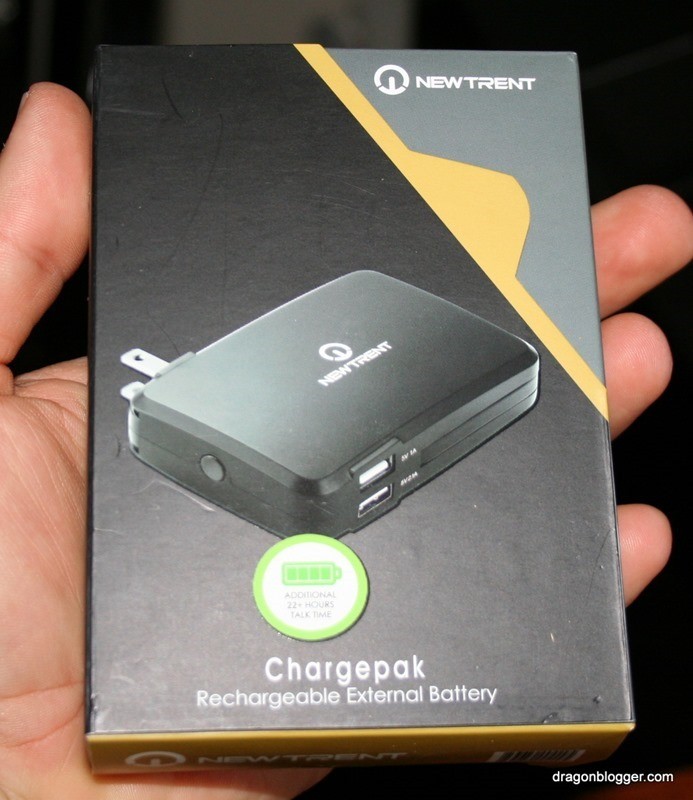 The New Trent Chargepak is an external battery pack that allows you to charge your mobile devices when you can’t find an A/C outlet.  The NT600c is a 6000mAH pack which will charge your phone about 4-5 times and gives an estimated 22 extra hours of talk time for your 3G enabled smartphone.  For a 2.1A tablet such as the iPad or Nexus 10…etc you can expect just around 2 full charges and my testing showed about an additional 10-12 hours of usage when I ran a movie marathon test. 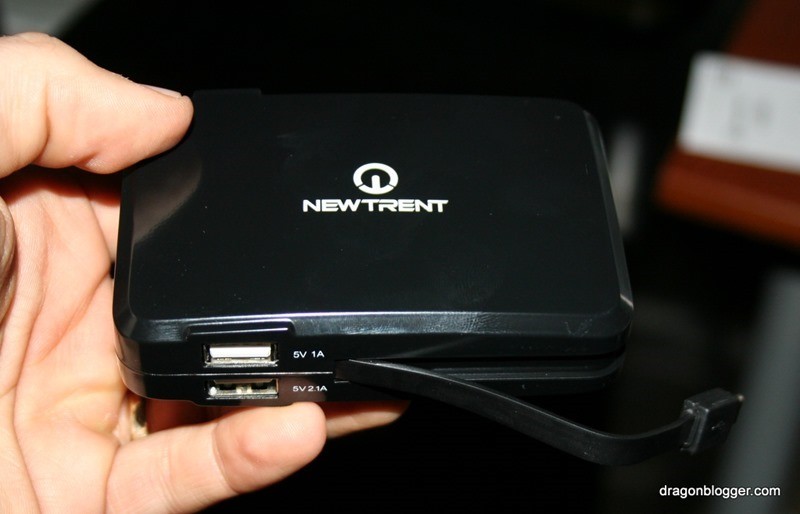 The New Trent Chargepak is very efficient in that you directly plug it into an A/C outlet without having to carry a separate charger for the NT600C itself that you have to plugin.  This unit does not support pass through charging, so you won’t be able to charge devices and itself while plugged into an A/C outlet which is inconvenient but New Trent mentions that later models will have this feature. 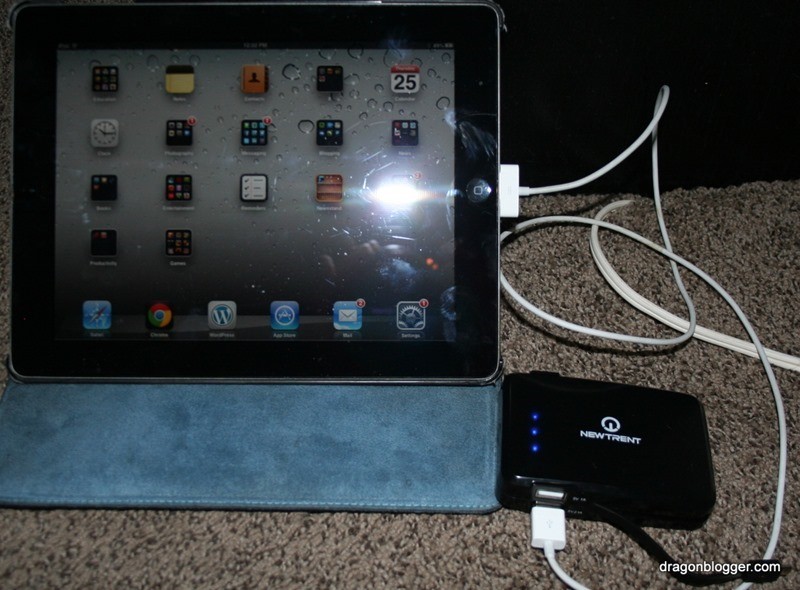 One of my favorite features about the Chargepak 600C is that the Chargepak will wake up and start powering a device the moment an active device is connected to one of it’s USB ports, this is a nice feature as most external battery packs you plugin and have to still press power on to activate the battery pack, with the New Trent Chargepak however the moment you plugin in a USB device that needs juice, it instantly turns on and starts charging without you having to do the extra button press.  The USB ports and voltage/amps are clearly labeled and easy to see which port is for tablets and which one is for smartphones, but you can charge 2 smartphones at the same time without issue.

The only real con about the devices is the built in micro USB cable which is a great feature in theory, but the extremely short cord means if your devices always has to be so incredibly close to the battery pack you can’t really use your device at the same time while it is plugged in like if you wanted to lift a phone and talk a little while leaving it attached to the battery pack on a table.  The other small con is that if you use power strips, the A/C plug only faces long way, so that you have to use the last outlet in the power strip or the New Trent Chargepak takes up 3-4 outlets blocking them. 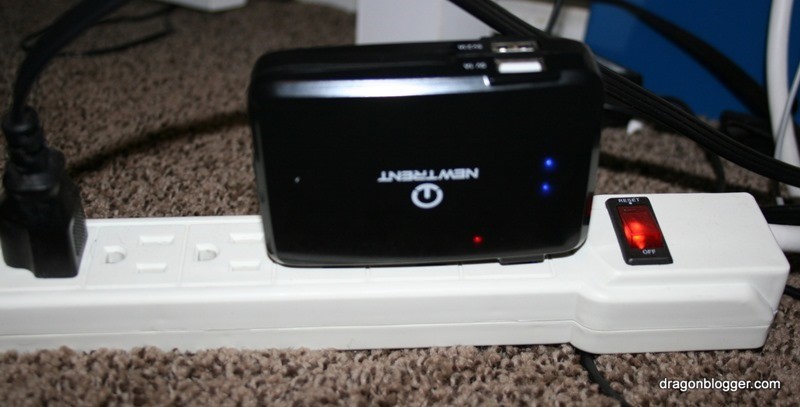 New Trent Chargepak only really good in power strip if it is in the last spot since it doesn’t rotate the plug so that it can stick out horizontally.

Really the New Trent Chargepak could be slightly improved if it had a retractable microUSB to at least 3-4′ and if the A/C power plug could rotate into 2 different plug settings, horizontal and vertical so the device could use any open outlet on a power strip without blocking multiple outlets.

Overall this is an excellent mobile device charger and external battery pack, the New Trent NT600C Chargepak is more portable since it plugs directly into A/C outlet without separate power source needed and it sports enough charge to keep you talking or using your mobile devices for hours until you can find the next power source.

New Trent is giving Dragon Blogger fans a chance to win one of the Chargepak NT600C devices, just enter via the Punchtab widget below and a random winner will be chosen.

This sweepstakes is only open to U.S. Residents this time however and there is no cash equivalent if you are International as the advertiser is directly shipping the product.