Unless you have played the original Prototype, you will probably don’t know what to expect from the sequel, but given the awe inspiring trailers it is hard to resist grabbing a copy. Luckily you don’t need to know much about what happened in the prequel, because the introduction is comprehensive enough to fully immerse you into the story line. On the flip side, there isn’t much of a narrative and what is advertised as a compelling story turns into nothing more than a couple of hours of adrenaline rush. 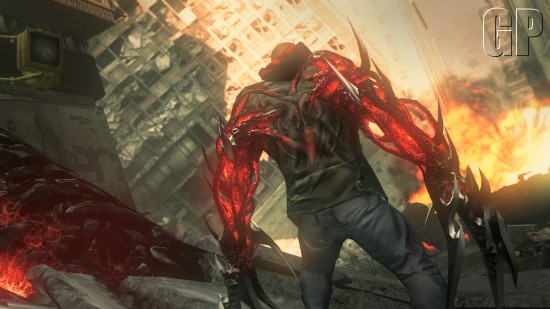 Bring down the devil

You are playing the role of Sgt. James Heller who is on a personal vendetta, in an attempt to avenge the death of his wife and child. The main villain from the original game is your target and the entire collection of trailers builds up a lot of tension, that sadly dissipates as you progress with the campaigns. Heller is simply not convincing enough and players will have a hard time getting attached to this character that is simply excessive.

The playground on the other hand is exciting and developers did a fine job in creating a devastated New York city. Enemies lurk behind every corner and you need to use your unearthly powers to kill both enemy soldiers and monsters. The problem is that all of these killings are fairly repetitive and with game mechanics that strangely resemble what we’ve seen in Prototype, even fans might lose interest. 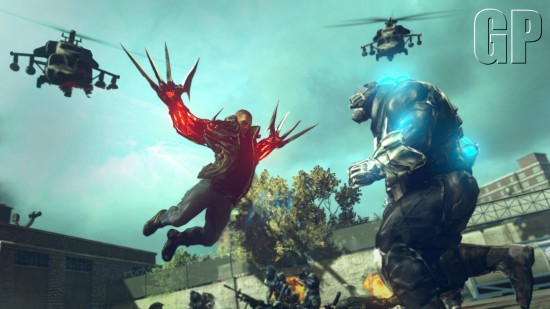 What keeps players interested in Prototype 2 is the fact that every completed mission brings them a step closer to their goal, even though the story sinks slowly into near-irrelevance. Upgrading your hero is rewarding and even though the setting is repetitive, it is comforting to witness how your newly acquired powers can be honed. Monsters that used to kick your ass easily, can now be tamed or swiftly dealt with, and your character grows overpowered before you know it.

Gunning down enemies wouldn’t be enough to keep players wired, but given the fact that you can customize your character, you won’t run out of innovative ways to kill your foes. His shape shifting powers and the impressive arsenal of biological weapons make Sgt. Heller a mean killing machine, and he has plenty of ways of cruising towards the ultimate goal. Whether you choose to consume your victims, cut them in half or unleash your tendrils on them, the outcome is always the same.

There are better ways to spend your money, but without being a blockbuster Prototype 2 is a decent video game and a worthy sequel. Three stars out of five would make a fair rating for this title which unfortunately doesn’t rise to the high expectations set by the trailers.