In terms of video games, the term ‘Isometric’ is used as an umbrella term to represent games that are generally viewed from an angle, either straight above or in a tilted view to provide a 3D looking view to the viewers in a 2D game. This is quite popular among game developers as they can showcase 3D and projection looking models in 2D development. To put it elementally, Isometric graphics are also understood as parallel projections where parallel edges of objects stay parallel in the resulting image after the projection. However, skewed angles and foreshortening and other representations of any given object should have similar dimensions all over the scene due to parallel projections having an infinite focal length. This makes objects look larger or smaller with respect to the distance to the focal point. 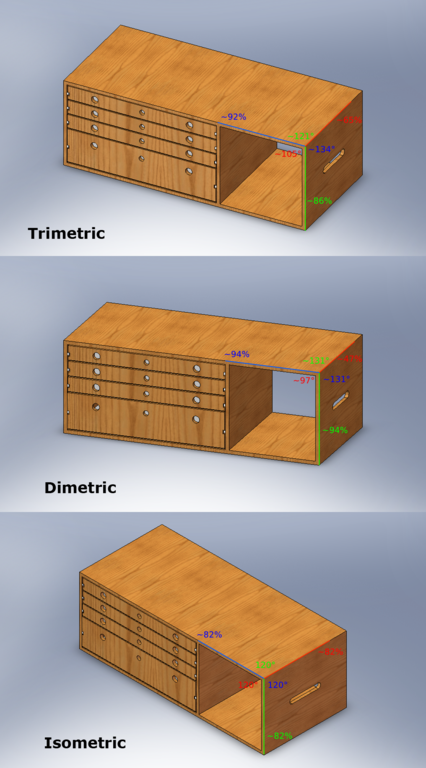 There are many Isometric games that have become popular in the video game sector, a few of them are:

In the field of video games in the 2D sector, Isometric game development has become quite popular as it comes with the ease of 2D game development and provides the gaming environment of 3D gaming. There seem to be gameplay advantages to using an isometric perspective in video games as well. Firstly, isometric adds a third dimension which opens up new avenues for aiming. Secondly, they allow players to easily field and control a large number of additional units when compared to a first person shooter or a third person shooter game. Finally, they let the player focus on the gameplay and not moving and rotating the camera.

Every developer wishes to create an application which becomes popular. Game Developers are no different. Every year games are downloaded millions of times on popular application stores such as the Google Play Store and the Apple’s App Store. There is no shortage of genres to develop games and developers around the globe code to create something viral.

In video games, the game performance matters more than detail and graphics. Nobody likes a heavily detailed game if it does not run smoothly. Low frame rates are one of the biggest reasons due to which games don’t garner expected results. If we talk about Isometric Games, they are dependent on rendering tiles. If a multiplayer mode is also added, rendering element requests can increase drastically which makes performance one of the important criteria in terms of the success of the game.

At this stage enters C++. C++ in terms of programming is the leader and can topple any other programming language in the league. The two biggest reasons that make C++ the best are Smart Pointers and Move Semantics. If you look at all aspects at once, which include performance and ease of development, C++ is the perfect choice for any developer who wishes to develop and Isometric Game.

Game Development is not everyone’s cup of tea. Game development has always taken a toll on unskilled and under skilled developers. To overcome this, it is always better to fully understand what C++ is what is held inside the numerous lines of code it offers. There are a lot of tutorials available online which can help beginners. The internet caters the most diverse and best C++ tutorials and courses. Once you are well equipped with the basics if C++ programming, you can move on to the next level and try advanced programming in C++. Tracking other game developers and following their development is a great way of learning as well. Forums such as GitHub are perfect for this experience.

Coming down to Isometric Game Development using C++, many prominent game engines are available for developers to use. One of the most distinguished and widely used games engines is the Flexible Isometric Free Engine (FIFE). FIFE is an open source, free to use game engine and offers some notable features such as map editor, integrated GUI, lightning, hardware accelerated 2D graphics and many more features. The most noteworthy feature of FIFE is the C++ layer which is provided by the framework. Developers can directly use the C++ layer and start coding the game in C++ or can even use the Python Scripting Layer. One thing to note is that the python layer is created on the top of the bottom C++ API.

Some other Isometric Game Engines include:

In this article, we talked about why you should develop your next Isometric Game in C++. The answer is simple, ease of development and truckloads of features. From a technical point of view, C++ has always been the primary language for game development. It is fast and offers low-level access to the hardware. Irrespective of what your end game is, choosing C++ is the best choice you will make.