Indonesia, Jakarta – July 11th 2019 – Independent developer Critical Forge today announced that its turn-based tactical RPG, Forged of Blood is launching on August 1 for PC. The epic 30-40 hour campaign promises to buck convention and bring some much-needed fresh gameplay mechanics to fans of turn-based RPG’s. This includes a totally freeform character development system that replaces classes, coupled with a huge range of abilities. The game’s revolutionary Spellcrafting system offers players the chance to create millions of possible spells and the Tri-Axis Personality Index adds even further variety, with nuanced personality development that isn’t just the generic binary of good vs evil. 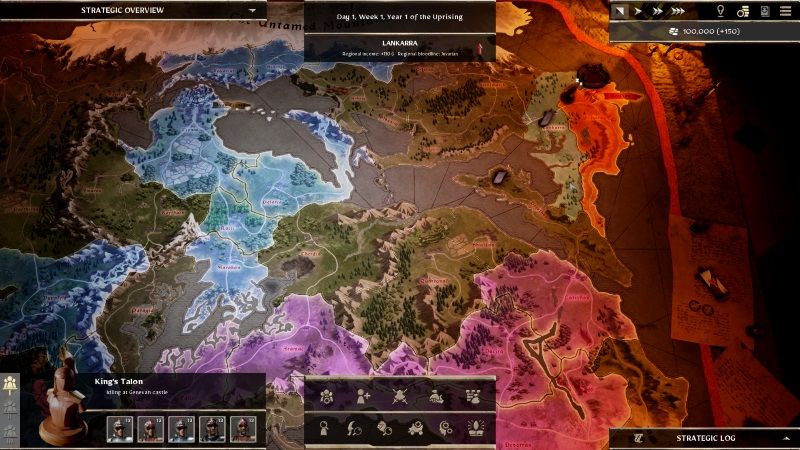 Featuring an epic Campaign, Forged of Blood sends players on a journey to win back control of a kingdom. As the son of a murdered king, the hero is on a mission to reclaim his birthright as the ruler of Attiras. But, he cannot do this alone, so he must gather skilled and loyal warriors to join him and fight for his cause.

Forged of Blood features a huge toolset to finetune every fighter that joins your squad. Rather than utilising a traditional class system, players can freely equip their team members with any one of nine weapons before entering into the turn-based, tactical combat. Fighters can then be further specialised with the addition of six ability sets. These weapons and abilities all boast their own full skill trees which combine to offer a sea of possibilities. Combat isn’t just limited to iron and steel in Forged of Blood. Every character can wield magic, though some are more attuned than others, and the Magurite Spellcrafting system provides an almost endless level of customisation. Players can choose between Thermal, Spirit and Arcane energies which can be further adapted to suit any style of play. Choose whether to make a spell that Drains or Expels, then pick from eight different effects. These powers can then be made even more specific by adding up to five modifiers from 24 different options. This opens up an unprecedented range of magical possibilities to create millions of spell combinations. 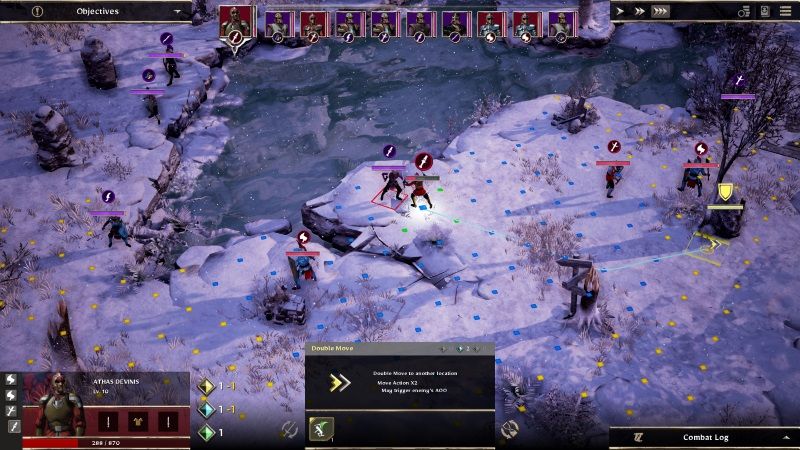 The game’s Tri-Axis Personality Index dictates how the world responds to every interaction. Contrasting with o the usual binary of good and evil of most RPG’s, the system gives greater nuance to every act. Choices affect the player’s Rationalism, Altruism or Headonism – drawing them towards different theologies. But decisions extend far beyond the moment. As the young heir’s fame and infamy grow, the world of Attiras reacts to his reputation and past actions. Every action and death will alter the outcome of Forged of Blood, as players fight their way towards the 64 possible ending combinations.

● Utilize turn-based squad-based tactics in a fantasy world
● Use nine varied weapons and abilities to build a squad not constrained by class
● Explore a vast and complex magic system that offers true creative freedom
● A world at war- lead up to three parties and fight to reclaim an empire
● Be the hero, with no right and wrong answer, every decision guides Attiras’ future
● The Tri-Axis Personality Plot affects how the people and the world react to the hero

Forged of Blood’s Steam page is now live. Players can add it to their Wishlist before the adventure begins on August 1st 2019. 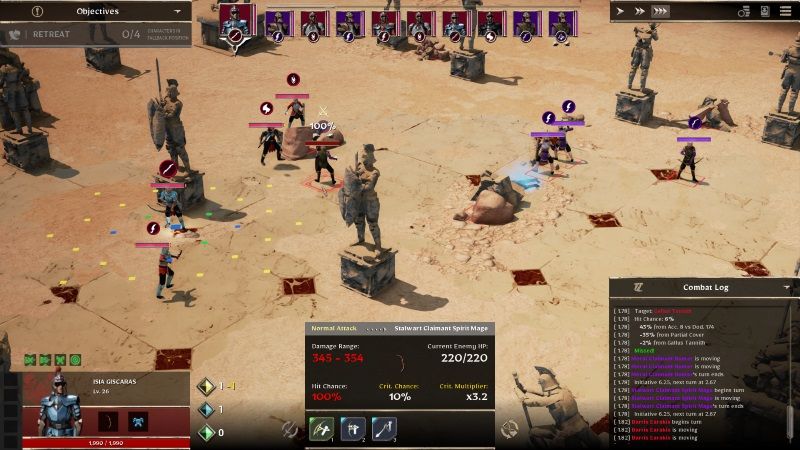 Critical Forge is a young studio with an old soul, looking to make games we grew up playing. We are a small independent team based out of Jakarta, Indonesia currently in production of a fantasy tactical RPG: Forged of Blood.

Forged of Blood – A Fantasy Turn-based Tactical RPG that places the fate of an entire world on your every decision.