Domination: Earth is a military-style strategy game that is in real time.  You can go around and collect resources (Money, Supplies, Personnel and Unobtainium) from different locations while you are out and about or just go for a walk.  The objective is to capture lands and build military bases. You can recruit armies in order to establish regional dominance. Create alliances with your friends and neighbors to fight against threats.  All resources, except for Unobtainium, appear in random locations within a 5-kilometer radius.  The visibility radius for resources is 10km; anything further than that from you will not be displayed until you move closer.  I can upgrade my home defense or any area I capture every 15 minutes until it hits the defense of 20. 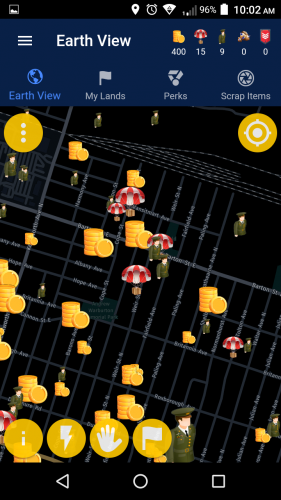 One way to earn resources is by item scrapping.  You can scan items around your house or around the store by using your camera.  You can scan anything video games, toys, DVDs, food items etc. Anything with a code becomes a source of useful material.  I started with 10 “charges” and it will reset after 24 hours.  Each item I scanned was worth a different amount. 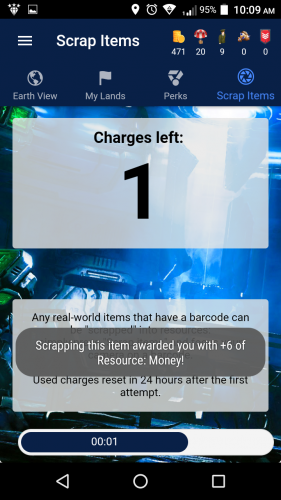 There are “Perks” you can build as well as to help progress the game.

Peacekeeping Points are one resource of Domination: Earth  It can only be obtained when fighting the Force of Terror. 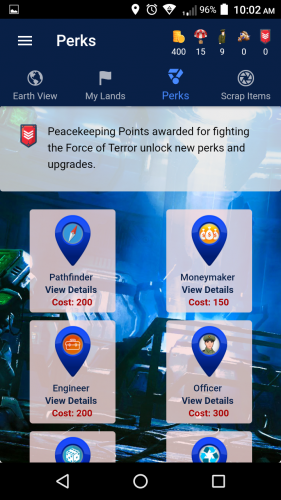 The Construct items are what is called one-off items. The one-off items (bearing the same icon as the resources appearing in “My Lands” and “Construct) disappear as soon as they are picked up by capturing land around them. 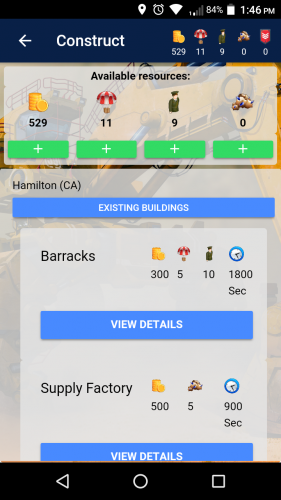 While I was out I noticed my mall didn’t have anything posted for being able to capture. But I pressed the flag and it still allows you to capture these areas. 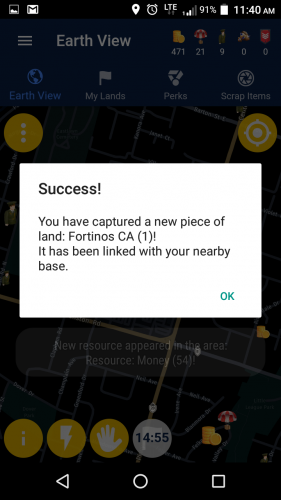 The Unobtainium can only be purchased via the App Store / Play Store. Unobtainium can be exchanged for any other resource on the “Construct” tab. The app itself is free to download but you can get a subscription for $7.99/ week. There are also one-time payment features to just buy what you need to continue playing. 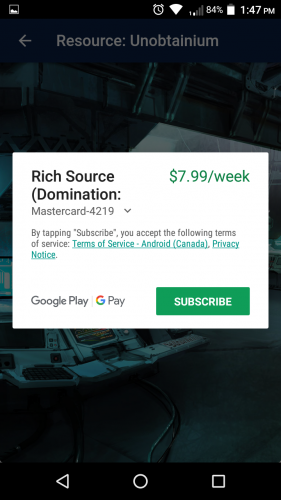 Overall it is an easy game to keep on top of and gives me something to do while I am out for my daily walks to get my steps in. I do wish that the dot that represents me had a slight radius around it like there is in Pokemon Go or in Watchdogs. To be able to collect one item I was near I had to physically walk into a store to collect it.  I also wish there were some other ways to be able to obtain Unobtainium as it is needed to be able to do a lot of things in this game.  I read that they do hold events to be able to earn this but they are only on holidays.  The best thing I will say is this has to be the only game I have played that doesn’t drain my battery.  I left this open on my phone many times throughout the day and I didn’t need to recharge my phone once. 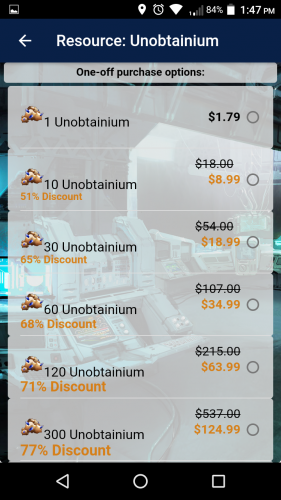 Here is some video play