This is a quick review of the Dr. Mode iPhone 6 Case with Belt Clip which I received last month and spent a few weeks testing.  I ended up giving this case 3 stars though it may be 3.5 stars due to it being very reasonably priced and you are getting decent value here. 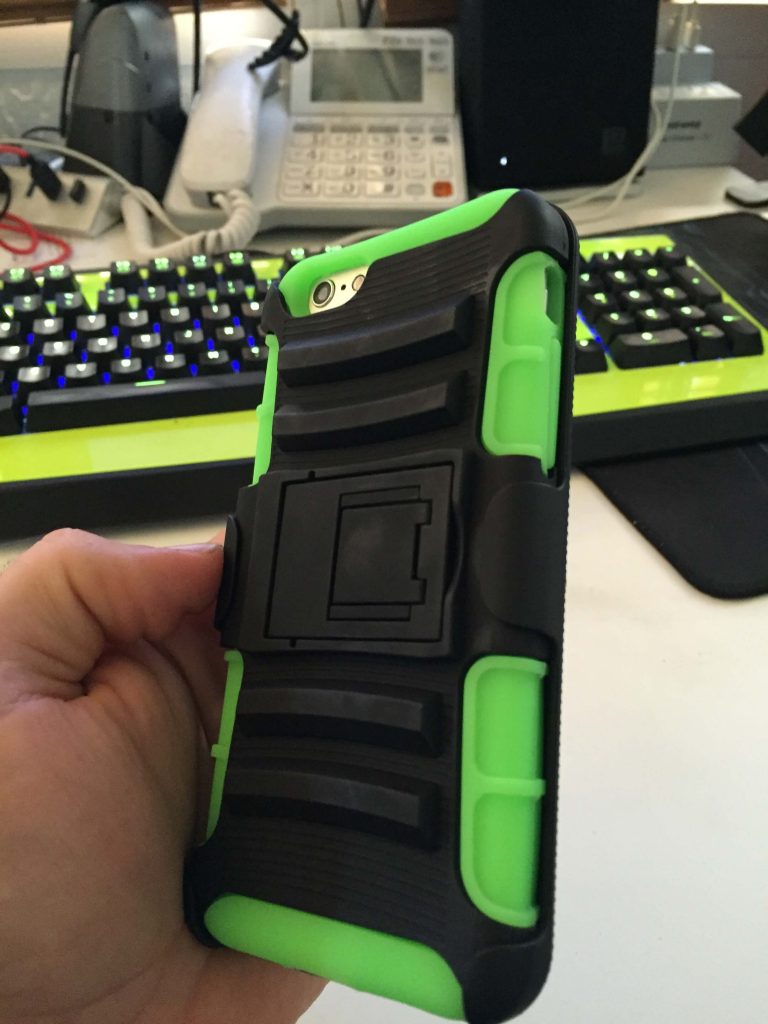 Normally I use Otterbox cases so doing quality comparison here reveals you are getting a softer, weaker type of rubber bumper, the plastic of the case doesn’t feel as sturdy and the vertical only belt clip wasn’t my preference, I prefer ones that can rotate and hold the phone horizontally.

This phone case doesn’t protect the screen and have a full shell that covers the front, so while you can load it in the belt clip facing the back or facing forward, the glass surface of the screen is exposed if you have it facing outward which can put your phone screen at risk. 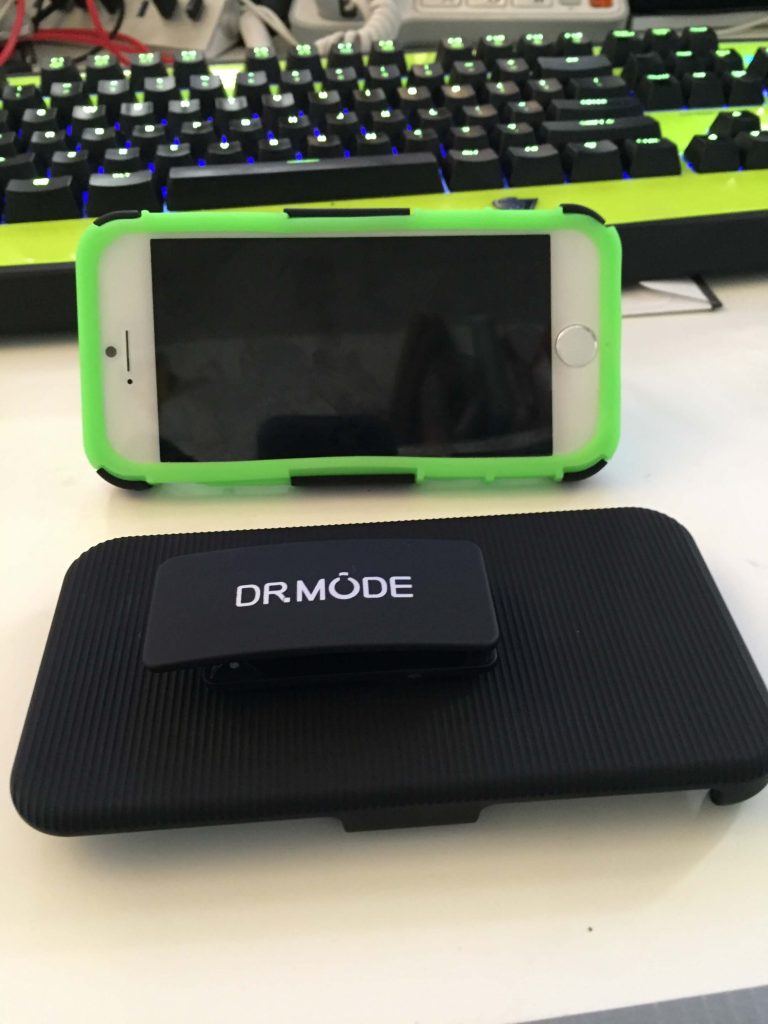 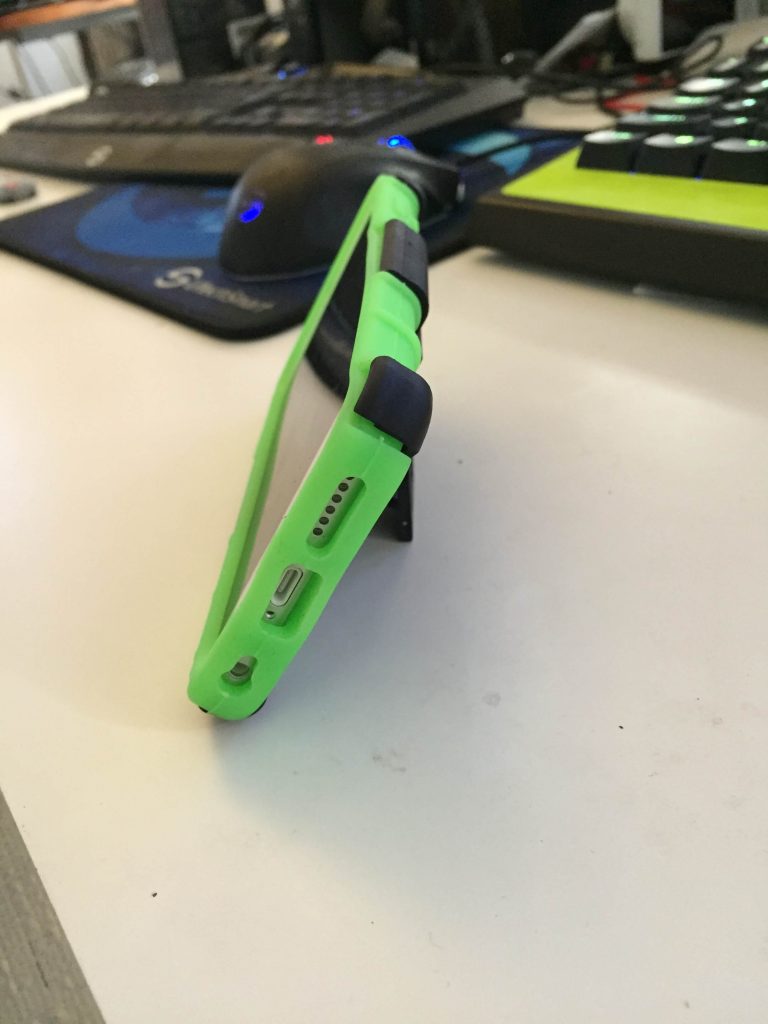 The stand is a nice addition and works in horizontal mode. I found the phone to be a bit cumbersome to slid in and out of the case, because it doesn’t snap in like other belt clip cases it slides in and the slide has a tight grip and just isn’t as easy. Pulling the phone off your hip and out of the clip is a bit more effort than I would want from a belt clip holder which should snap the phone in and out in my opinion.

But for the price, you do get belt clip, bumper protection, stand and if you like your phone vertical on your belt you probably wouldn’t mind this case at all.  The belt clip seems fairly sturdy though as I mentioned getting the phone in and out of the case is a little bit of a struggle, there is just a little bit too much friction and I would have preferred a snap in belt clip. 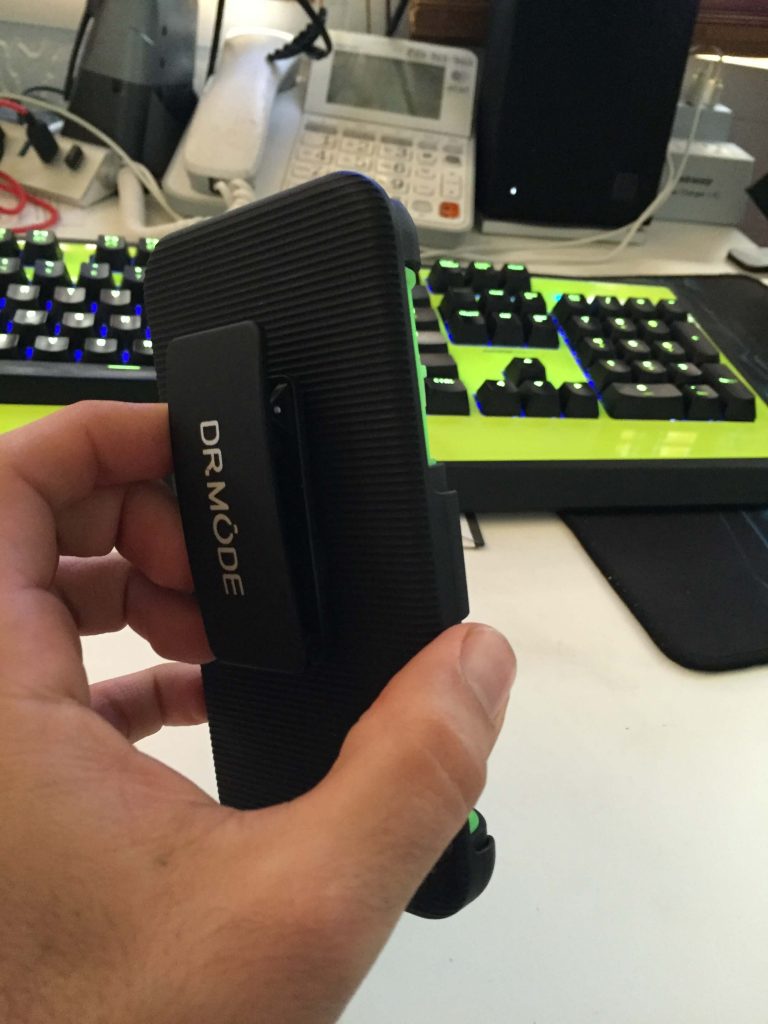 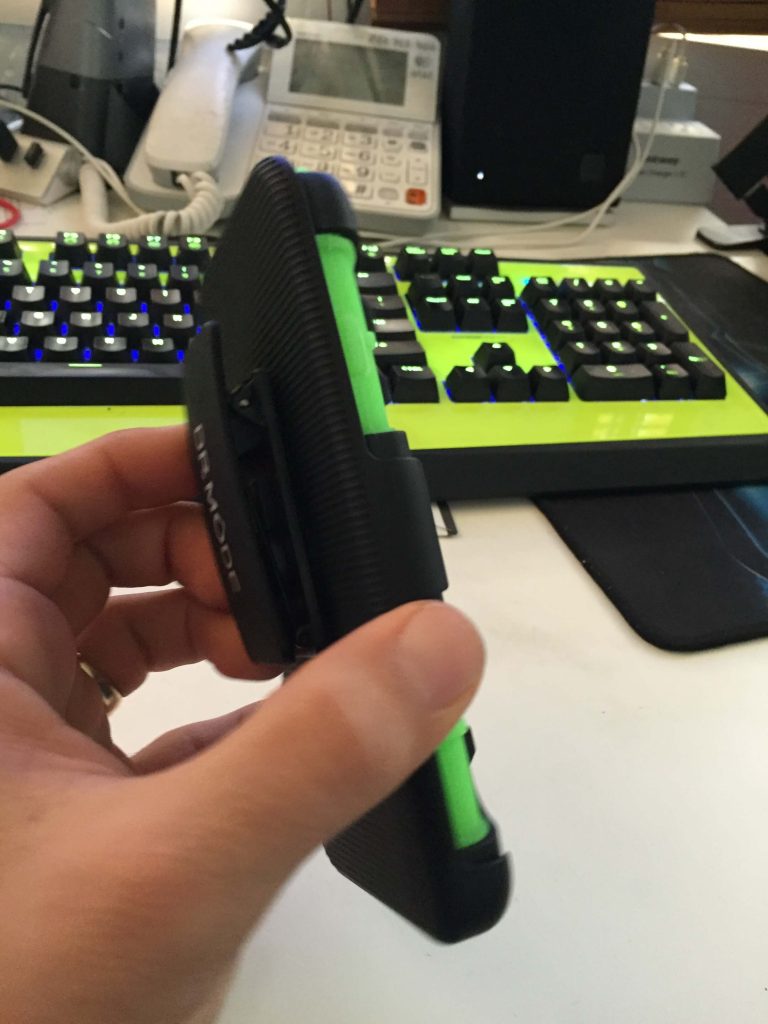 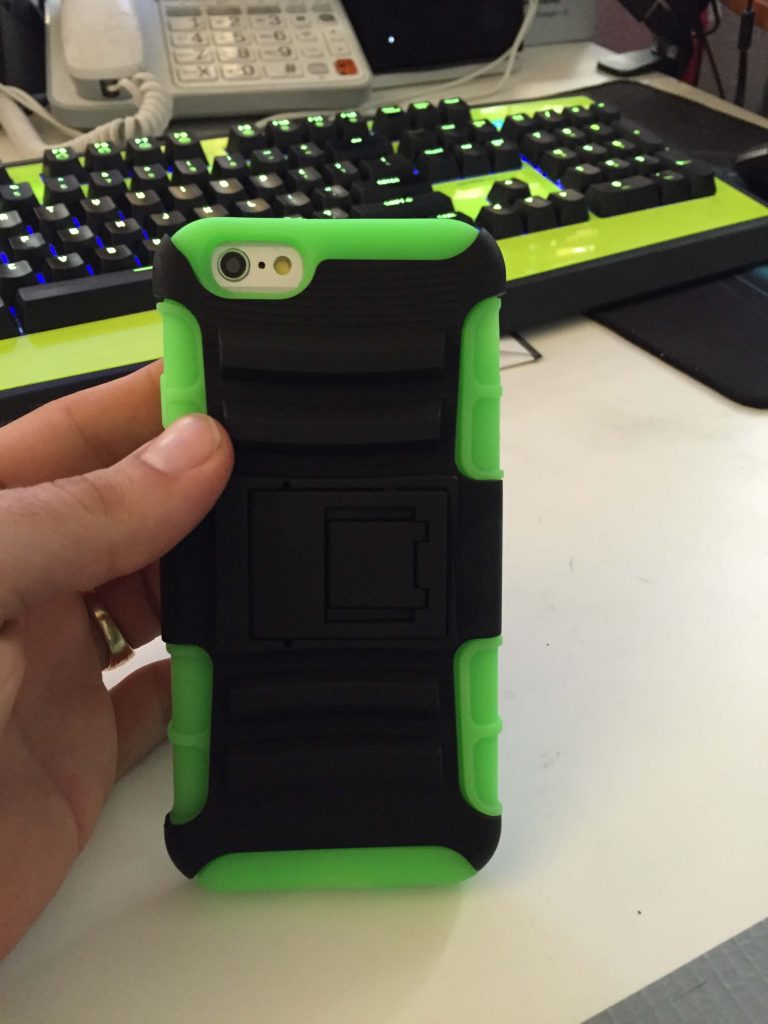 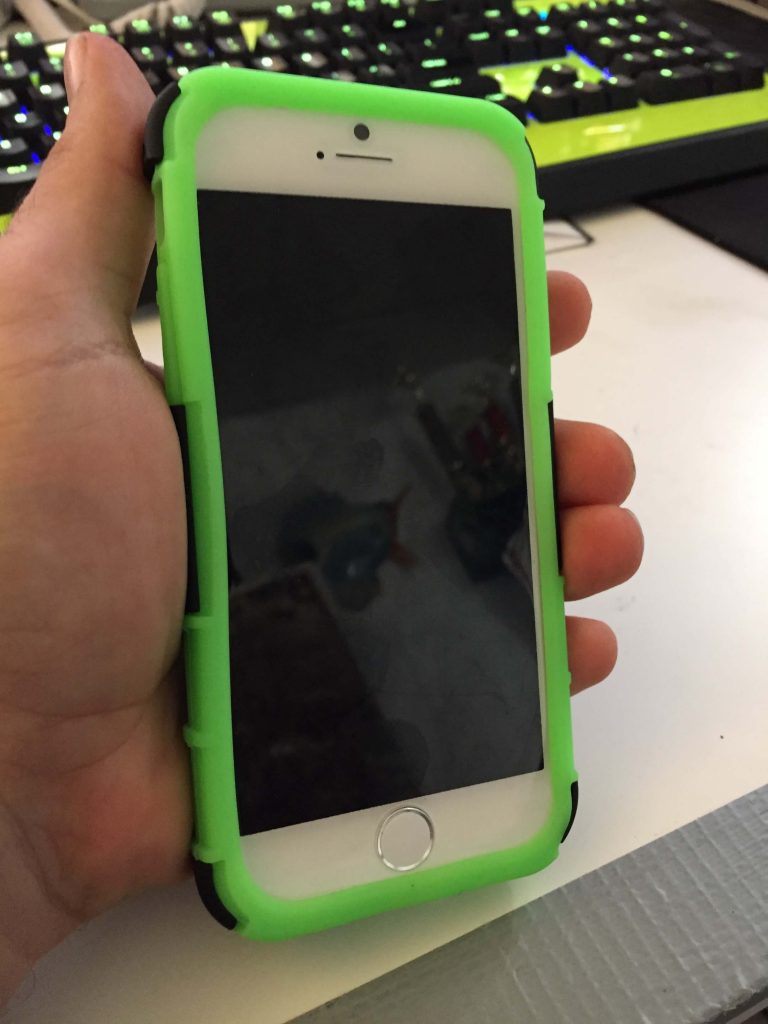 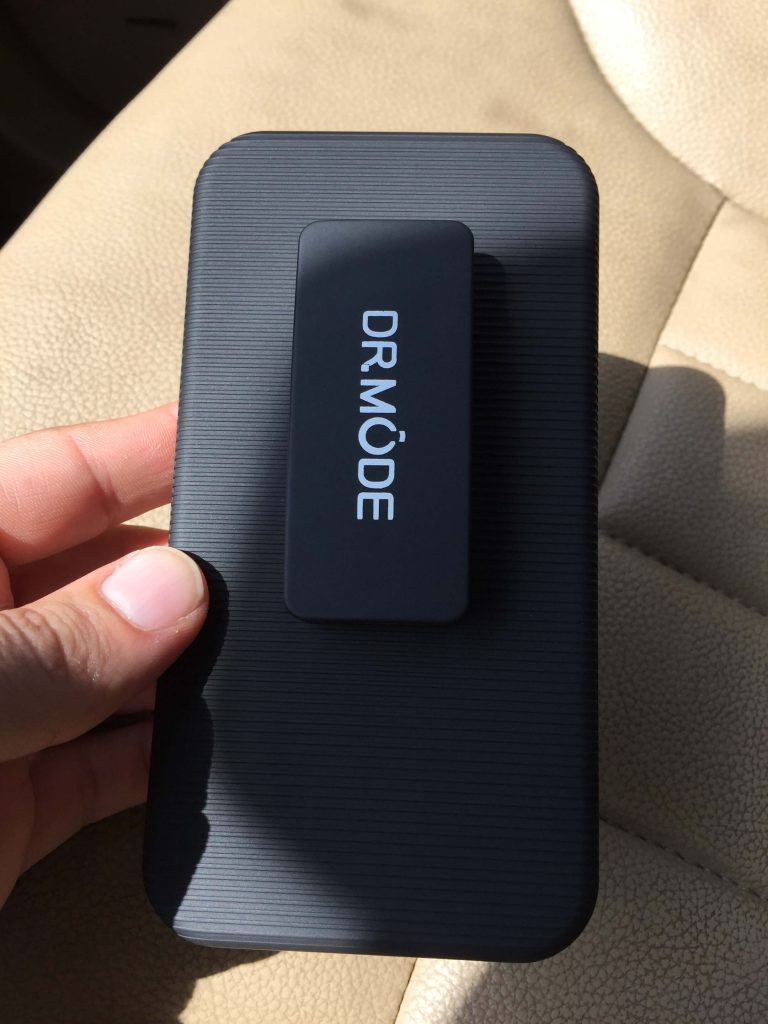 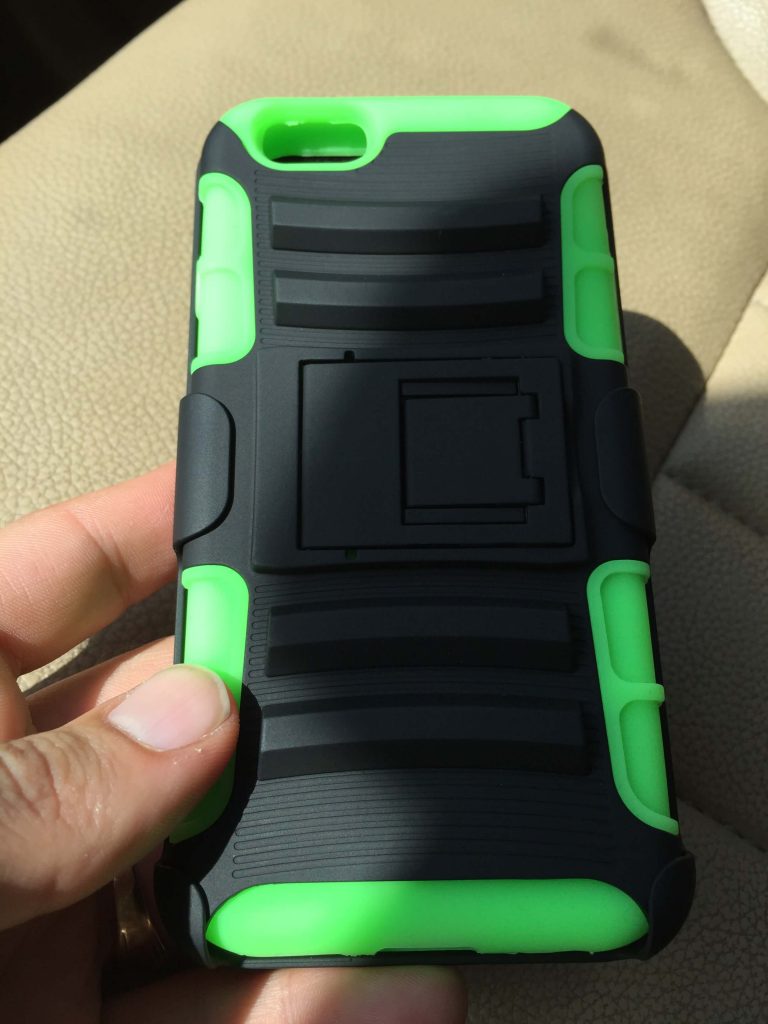