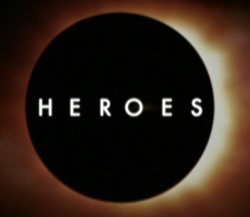 Who didn’t feel a little sorry for Samuel when he learned that after all the effort, hope and work into making what he perceived as Vanessa’s fantasy come true was for naught. Also, who didn’t foresee the wrath and anger he would unleash as a result of the rejection? Literally leveling an entire town Samuel caused the death of thousands in retaliation making him now the villain who has killed the most people in modern times (Adam Monroe killed more people due to living for 400 years and fighting in many wars).

Speaking of Adam Monroe, he visits Heroes again as a phantom spirit trying to prosecute Hiro for violating the Heroes code. Hiro is on trial in some sort of pseudo judgement of his life and the outcome of the trail depends on whether he passes on into the next life or is allowed to return to his current life. It is all too funny when he requests a lawyer from the judge (who is his father) and Ando pops up just as clueless in his phantom trial as in real life.

In this episode Sylar tricks Claire into getting what he wants from her only to realize that he has to have all of his powers stripped from him to regain his humanity. Since when did Sylar care so much about his humanity opposed to his greed for power and omnipotence? It shows the hints since the very beginning on how Sylar just wanted to be loved and his mother to be proud of him all of those years. He can’t force people to connect with him and the more powerful he becomes, the less he can “connect” with people emotionally which makes sense if he considers himself above them.

It was ironic that this episode had such an earthquake devastation one week after the real Haiti earthquake and I wonder if that upset anyone? I mean the show flattened an entire town with an earthquake in the middle of the aftermath of a real life earthquake, coincidence or just how things timed out?

Samuel is so powerful but I would think he is still completely vulnerable to Hiro stopping time and slaying him, so my prediction is that Hiro got better but maybe lost his powers again. Perhaps they removed the tumor and his powers were lost with it? Sylar could stop Samuel if he had his head together, but clearly it looks like he is trying to get his powers stripped away (we see him going to Matt Parkman in the preview demanding such). 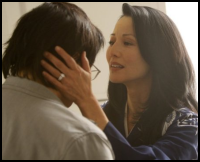 Or maybe when Hiro’s mother kissed his head she “removed” his cancer and his powers were left intact and as sharp as ever. Hiro already saved the world twice, perhaps it is his destiny to save the world for a third time. I really do enjoy Hiro’s nobility and desire to be honorable and help make the world a better place. He is still my favorite character in the show.

In the end maybe Vanessa will be the one to stop Samuel by somehow calming him down to get close enough to finish him off. Either way should be interesting to see how the show wraps up Sylar and Samuel by the end of the Season.

If the show survives to a fifth season (which it may not due to its decreased ratings this year) they need to get drastically creative and focus the show around some new characters and storyline’s, go back to people discovering their abilities and using them in small pockets of society to do some good (or even some bad) but nothing on the scale they continue to focus on. I thought a good plot line for a future season would be someone with the ability to heal who claims he is a disciple and builds a church around himself, where he performs miracles claiming that he is a chosen of god. This could be an interesting and controversial plot where the villain doesn’t actually hurt anyone physically, but because of his threat to the churches more becomes a political / religious enemy.

What did you think of the episode? Who will stop Samuel?