This post contains spoilers from the episode, it is recommended that you have watched Heroes Redemption Episode 11 before reading. If you don’t mind finding out what happened in the episode, then by all means read away and I welcome all comments and opinions about the show and the episode.

Heroes Season 4 Episode 12 – The Fifth State was a farewell episode to Nathan Petrelli and it sent his character off in a most dramatic way. With Nathan actually being murdered at the end of Season 3, only his memories and personality were left behind inside of Sylar’s physical body and it was only a matter of time before Sylar crushed what was left of his memories. 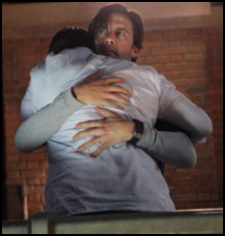 This episode was one of the strongest so far in my opinion. Peter having the foresight to borrow Renee’s (The Haitian) powers and using those abilities to neutralize Sylar’s powerful arsenal of powers allowed Peter to get up close and try to wipe whatever memories of Sylar still existed. Peter tried to recover and help Nathan stay in control of Sylar’s body but in the end Nathan couldn’t fight any longer and chose to sacrifice himself. Peter instead should have used the opportunity to destroy Sylar and very well could have had he made that decision, now with Sylar aware that Peter has the Haitian’s powers, he is not going to leave himself so vulnerable again in the near future.

Meanwhile we see how incredibly manipulative and talented Samuel is at convincing Claire that the Sullivan Brothers Carnival is the place where she is meant to be. He also is interested in collecting all of the people with abilities so sends one of his carnival residents (a multiplier) to retrieve the files. One of my favorite scenes was when Noah and Lauren confront the multiplier and remember when they previously encountered one and how they stopped him together. 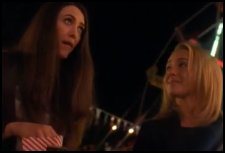 I thought this was a great and powerful episode for the end of mid season and there won’t be another episode until January.

What did my readers think of the episode? Share your thoughts and opinions by leaving a comment.