This review includes details about the Season 4 Finale of Heroes which are spoilers, go watch the Finale and come back to share your thoughts and point of view after you watch it. I don’t want to spoil it for anyone.

This episode tonight “Episode 18 – Brave New World” marks the end of the Season four or Volume 5 finale. I thought it played out pretty well considering it could have been a mess, with clever use of many heroes and their abilities to help thwart and weaken Samuel to the point that not a single notable person was slain in the entire episode. This is the first season finale for Heroes where nobody was killed (or almost killed) and it was enjoyable. 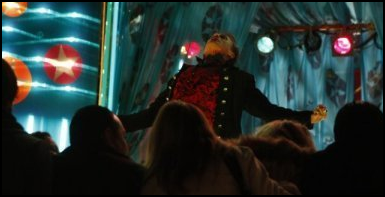 Sylar partially redeems himself by saving Emma from Eric Doyle who forced her to draw in people to the carnival where Samuel was to cause a great act of death and destruction to announce their presence to the world. Woe be it for him that Peter comes flying in only to absorb his ability and hold him at a standoff with it. When Hiro and Ando combine strength to mass teleport hundreds of the carnival family out of Samuel’s area of influence, he becomes powerless instantly.

I felt so sorry for Hiro in how he finds Charlie and the difficult choice he has to make, you literally can see his heart broken by the fact that there is nothing he can do, and he will never have the life with her that he wanted. Samuel had robbed him of so much by his actions and this was probably the most vicious and heartless of all the things Samuel has done in the season. 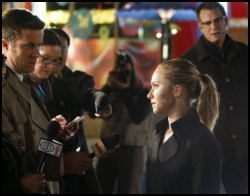 It was both shocking and a little exciting to see Claire make her final bold and brash move to the media at the beginning of Volume 6 – Brave New World where she demonstrates her invulnerability and immortality in front of live television characters. This led to a great opener for the next volume and we can see how the world reacts to people with abilities, though I see another potential parallel to X-Men here as there have been so many already on the show. We don’t need another government hunt, chase and capture again and if this were to become another cycle that repeats then I fear the show will become nigh unwatchable.

I also would like to see Sylar start to become the Hero he always wanted to be, a Hero who really can’t kill but is so powerful he can disarm virtually anybody. Would be great to see him help the others and maybe a newly formed company track down and take out the dangerous ones to keep society protected.

Who knows whats in store for NBC Heroes and whether or not it will actually air Volume 6 later this Season, but if they have fresh idea’s I think it could have potential and I certainly will be there to watch it and see how it plays out.