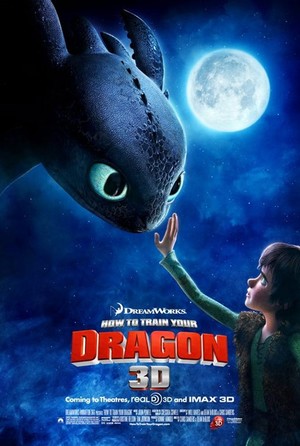 With a name like Dragon Blogger you might have guessed that I liked dragons and this would be true.  I was more excited than my kids to go see the new Dreamworks film “How to Train Your Dragon” but I went into the movie already knowing everything about what happens in the film because I had bought the book for my kids a few weeks back and was reading to them as a bed time story.

My whole family including my wife, six and three year old sons went to see How to Train Your Dragon in a 2D theater. We do not have a 3D theater within 50 miles of where I live, and from seeing the movie in 2D I think it would be even better with a 3D screen, especially toward the end of the film where you can tell them movie was made for 3D in mind.

The movie was fantastic and thoroughly enjoyable but was not an outright animated comedy like Shrek or Kung-Fu Panda. There are comical moments but this movie is all about telling a story and has its share of drama. The story centers around Hiccup a thin and weak viking who at first just wants to be a dragon slayer yet always fumbles and doesn’t have the raw power to battle dragons head to head so he turns to inventions. His character is not unlike Flick in the movie “A Bug’s Life” which is the closest character I can compare him with.

Dragons are plentiful in this land with many different kinds and types and they all prey upon the livestock of the Vikings. You can see in the film the Vikings are used to fighting dragons and know how to combat the various types except for one. Hiccup wants to be famous as a Viking and therefore invents a device to bring them down from the air. 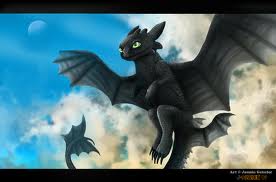 His bola throwing invention lands him the most feared dragon in the land “A Night Fury” which had never been seen or faced before, only heard of and its deadly lightning attacks witnessed from afar.

After finding the downed dragon he learns that he can’t kill it and quickly shifts his position on becoming a dragon slayer. So the rest of the film is about him learning about the dragon and befriending it while he is also enrolled in Dragon fighting training to be a dragon killer. He learns so much about the dragon and its kin that he finds ways to incapacitate and befriend them without causing harm which eventually leads to trouble.

Without spoiling more of the film lets just say that there are plenty of Viking vs Dragon battles and you get to see all sorts of comical dragon types that poke fun at Hydra’s and every other type of dragon you can think of. None are scary except toward the end of the film where there will be some scary moments and dragon in the film. (My three year old was not scared however, and both kids were unfazed by even the loudest and most monstrous parts).

The film was amazing to watch and the 3D animation was superb, I don’t think I have ever seen more realistic rendered dirt and earth before and they did such a good job of making “Toothless” the black dragon both threatening at times but cute and lovable. I highly recommend this film to anybody who is a fan of Pixar, Dreamworks or other 3D animated films or who likes Fantasy genre movies.