When I first heard about the remake of Judge Dredd I was appalled.  My thought was “can’t they come up with an original idea?”  Well after seeing the preview and reading about this upcoming film, I see now that it is not a remake after all.

Announced in 2008 that the movie was in the writing stage, it was stated it would not be a remake of the 1995 film that starred Sylvester Stallone.  This rendition is based on the 2000 AD comic strip.  Dredd, similar to the previous film, is a law enforcer with the power of judge, jury, and executioner in the dystopian metropolis known as Mega City One.  This post-apocalyptic “haven” is inside a wasteland, which no one ventures in to.  Dredd, along with a rookie judge,  is forced to bring order to a feared 200-story slum and its resident drug lord, Ma-Ma; who will be played by Lena Headey. 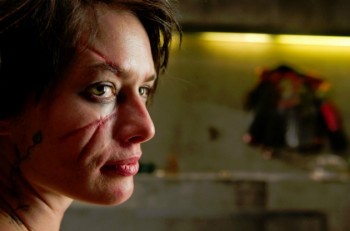 The plot of this new film couldn’t be any more different from the 1995 movie with a similar name.  Dredd is feared throughout the city as the ultimate Judge (then again that is how he is in the comics so I wouldn’t expect any less).  Dredd, played by Karl Urban who has been in such films as Lord of the Rings and Doom, is attempting to rid the city of the last major problem, a drug epidemic.  The drug, called Slo-Mo, makes its users experience reality at a much slower speed than normal.

Cassandra Anderson, the rookie, is getting on the job training from Dredd.  Her psychic abilities, due to a genetic mutation, make her invaluable.  However, one call brings the pair to a part of the city even Dredd avoids if he can, the 200-story vertical building which drug lord Ma-Ma, along with her clan, inhabit.  Dredd and Anderson become trapped by Ma-Ma and her entourage, and the Judges must find a way out or die. 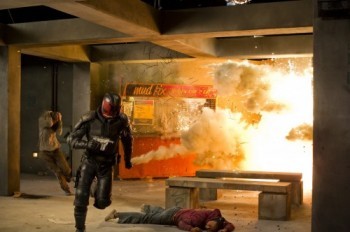 After it’s “release” at 2012 Comic Con in San Diego, there has been talk of two sequels to this film but nothing has been officially announced.  A TV show was also said to be in the works, but again nothing concrete has proven this.

Despite the name, Dredd 3D will be shown in 2D as well.  The UK gets the movie two weeks before the September 21 US release date for some reason.  At this point though, I think this one is well worth a visit to the movie theater.