Darksiders was a major hit and the fact that it left so many loose ends brought hope to those fans waiting for a sequel. Now that the Darksiders II is here, we are presented with a larger world a much longer campaign and another deadly horseman riding to set things right. The graphics have been enhanced and the sound effects are definitely a major step forward, but as far as gameplay goes there are some things that could be improved. 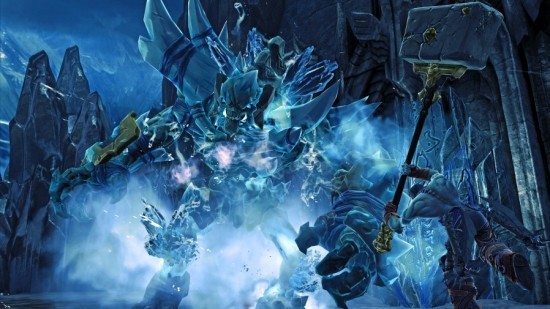 Ride with the deadliest of the Four Horsemen

The story picks up from where the prequel left it, with Death taking charge in an attempt to restore mankind and undo the crime his brother War was accused of. War was found responsible for starting the Apocalypse sooner than it should, so by undoing those events Death tries to restore balance and redeem his brother. The premise is interesting and given the already immersive narrative of the original Darksiders, the sequel can tap into the huge potential of a rather original concept.

Developers tried very hard to connect the two stories and the result is nothing to frown upon, although the dramatic expansion of the world came at a prize. Players have a brand new world to explore and with so many new areas being added, it appeared like the exploration itself will keep them hooked. The problem is that some of these areas are barren and the quests eventually feel repetitive, which acts as a deterrent from further exploring these lands. 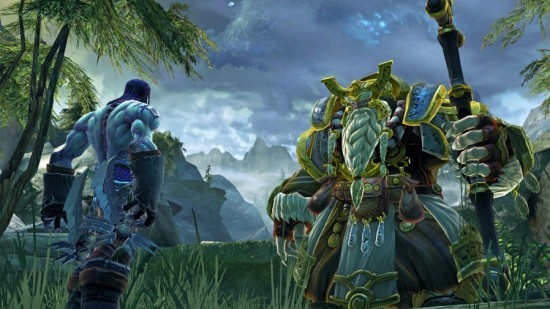 Side quests are numerous but lack substance

There is a lot of grinding in Darksiders II although it doesn’t resemble the meticulous grind we encounter in MMOs, with numerous quests unfolding in a very similar manner. By straying away from the main quest, players will have to solve additional puzzles but while there is no shortage of them, their difficulty is moderate. The fighting on the other hand is intense and wielding the two weapons Death has equipped feels empowering especially against regular monsters.

On the other hand, the boss fights are veritable challenges and will give players a run for their money while providing them with some memorable moments. Bringing down foes that are dozens of times your size can’t be done by speed and force alone, so players will have to weave intelligent tactics to overcome these enemies. As they advance with the campaign, players discover and equip increasingly powerful weapons, but the most fascinating ones are the special abilities such as the Deathgrip.

Darksiders set the bar high but the sequel walks proudly in its footsteps, while introducing epic boss fights, a larger world and hundreds of side quests. Some of them can turn tedious for less dedicated players and some textures should be improved, but overall Darksiders II is a must-play for the fans of the genre and fully deserves 4 stars out of 5.