My awesome friends over at Kingston Technology sent me one of the 64GB DataTraveler HyperX 3.0 USB drives to review and another one to give away to one of my readers in a contest.

I want to tell you that I have reviewed USB 3.0 flash drives before, but nothing I have ever used match the read and write speeds of the DataTraveler HyperX 3.0. 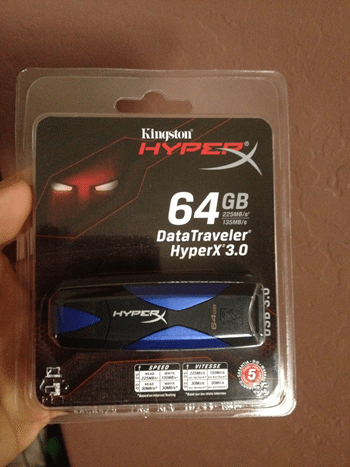 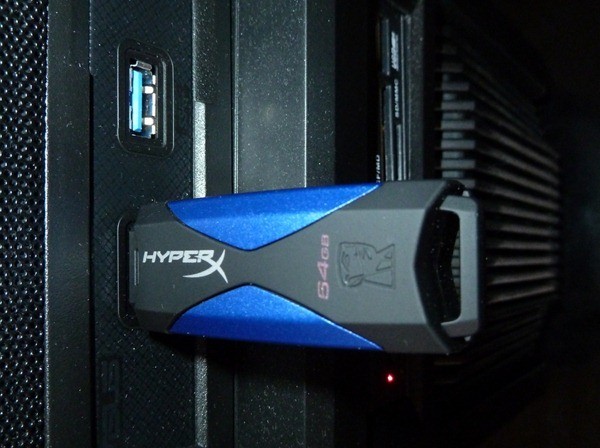 I put this USB stick in my system and started copying a slew of small files, or single large files above 2GB in size just to see how fast it would transfer to the USB Drive and from it.

The Kingston HyperX DataTraveler 3.0 has a claimed write speed of 135MB/s.  When I tested it with various files (screenshots below) you can see that I ranged between 113MB/s and 139MB/s and often was well at the claimed write speeds which is incredible! 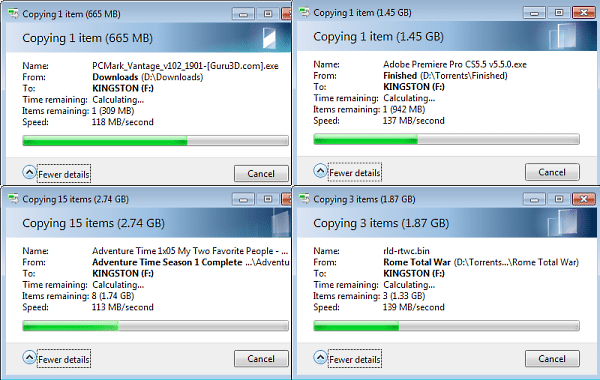 When testing the read speeds copying from the USB 3.0 stick I was able to consistently reach over 230MB/s read speeds from the drive. 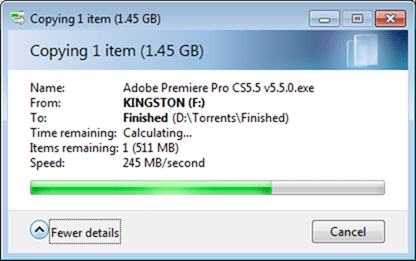 The results were amazingly impressive and 64GB is a nice sided USB 3.0 drive, this thing is fast enough to become a RAM booster drive if you run a system that has low RAM and you run Windows Vista or Windows 7 and need to use Readyboost.

It runs so fast you can even use it as a portable Linux OS boot drive as well!

Punchtab at this time cannot display the winner, but the winner who was chosen randomly was Alan Tong who accepted the prize and received it about 14 days after he was chosen as the winner. I am working with Punchtab so that winners can be displayed in the widget in future contests.

Additional Contest Rules:
This contest is open to anyone but shipping is only provided to residents of the United States. If you enter the contest Internationally the winner is responsible for all shipping charges to be paid up front. No liability shall be assumed for prizes that do not pass customs and winner may forfeit the prize if they are unwilling to pay the shipping costs.

There is no cash value prize equivalent for this contest.

Winner will have 48 hours upon notification being sent to claim the prize, if winner does not respond within 48 hours, then the winner forfeits the prize and a new winner will be chosen.

Let me know what type of files/data you would be copying and what you would be using the drive for if you won?