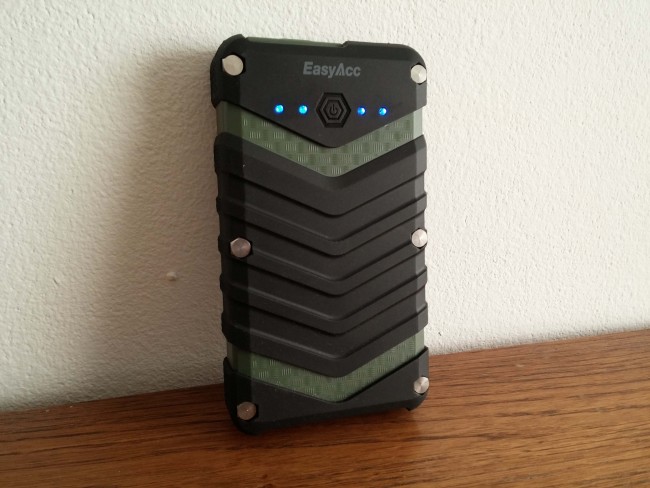 These days power banks are must have gadgets and I am not surprised to see power bank with IP67 rating. So recently Chinese company EasyAcc has presented rugged power bank which could be the first of its kind in the world. 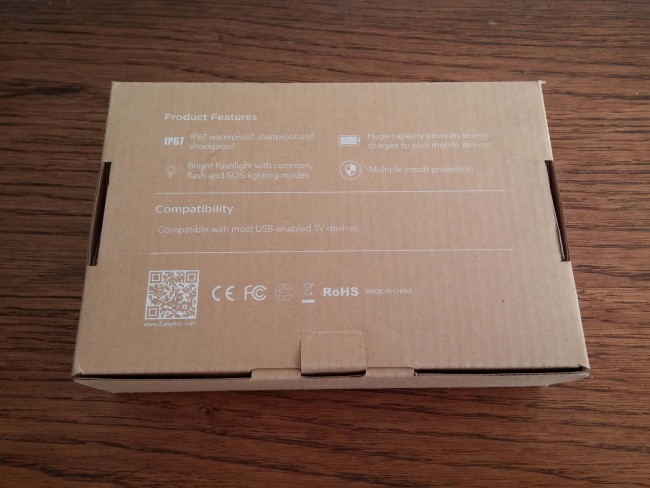 For me but for many others this is very interesting because this power bank has IP67 certificate and it is waterproof, dustproof and shockproof. Thanks to this kind of design for example it can be thrown into the water up to 1 meter depth for 30 minutes with waterproof lid closed. But it is also resistant to variety of other potential problems such as fractures. You can do some sports activities and at the same time you do not have to worry about your power bank, really cool right?

As you can see EasyAcc TP20000-BG has army design in green  black color combination including strong case made of industrial-grade plastic. In this way it is ensured that nothing would happen to your power bank. This rugged power bank can be also be used as flashlight because it has built in LED light. The light is particularly strong and it has functions like SOS.