Originally these made the perfect gift for my son who loves anything colored green and these matched his green case for his Kindle Fire HDX, but before I gave them to him for his Birthday, I decided to do my own review of them, then re-box them up after and give them to him?  What does that say about me that I get birthday presents (and Xmas) for the kids, and do reviews first, then give them as presents? 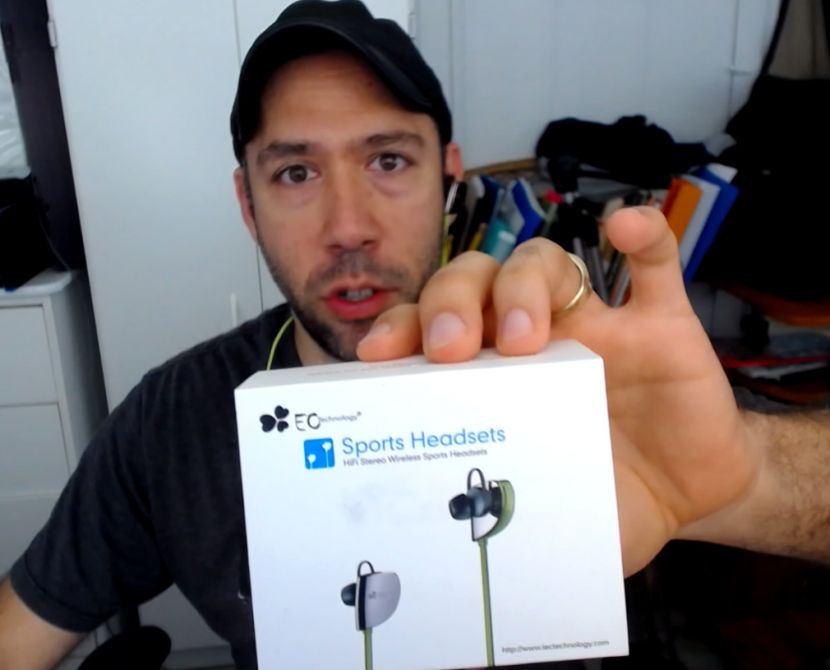 Back to the review, the wireless cord is very convenient and the earbuds from EC Technology stay put in your ears, they fit firmly and block out noise around you well.  Now, they don’t have clips that hold them over the ear, but they stay firm in place anyway.  Unlike some other in ear buds I have used, these do not cause the strain or fatigue on my ear canal, and I was able to use them for a 1 hour session without issue.

The inclusion of the buttons in the earbud itself rather than in a control box on the cord is a nice touch, this prevents a heavier weight on the cord which causes it to bounce around your neck when jogging/running and potentially pulling the earbuds out of your ear.

Overall the sound quality is above average for the price of the earbuds, I will be perfectly honest that in reviewing about a dozen earbuds in the $20 – $50 price range it is very difficult to differentiate except when one is stellar in volume and clarity, or horribly performing.  These ones for less than $25 performed on the better than average range, they have great volume and clarity but do lack deep bass tones like most earbuds do, they can get buzzy if playing music that is very heavy bass and you have it loud.  White Zombie’s More Human than Human for example sounded a little “weak” and for something like this you want more powerful drivers to “feel” the music as much as you hear it.

Still for the price, this is an above par sports earbud set that allows you to work out mostly cord free and is particularly perfect for running/jogging and hiking.  The battery lasts for hours, left it on playing music just sitting on my desk and it got well over 5 hours before the light started blinking and it shut off, probably closer to 6 hours but lost track of time after hour 5.