When I was contacted by Blog Setup Guide who told me they were going to be giving away an iPad Mini I was more than happy to jump in and become a co-host for this giveaway for my readers as with the holidays coming up, everyone can use a chance to win something big for the holidays. 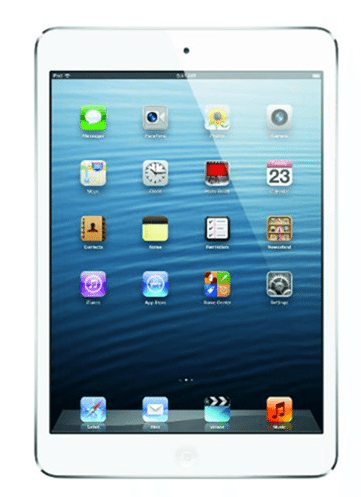 This is the 1st Generation iPad Mini and while it isn’t the brand new iPad Mini Retina which just was announced with the Core-A7 chip, it is no slouch either and would be an ideal tablet for any household.

The iPad Mini has the following specs:

There still is no denying that the iPad reigns supreme when it comes to the amount of apps and games in the iTunes store and while Android tablets have come a long way, I consistently still see more high quality new apps come out for the iPad first before they eventually migrate to Android if they ever do.  Infinity Blade is just one example of an iOS exclusive that none of the 3 versions of the game ever made it into Google Play.

Enter Now for a Chance to Win an iPad Mini

The Sweepstakes ends at Dec. 14, 2013, 5 a.m. (UTC) and this sweepstakes is offered by Blog Setup Guide who will be selecting the winner and contacting them.